As I was driving off the Isle, my mind couldn't escape the strong scent of salt in the air.  My eyes focused on the occasional passing of a shrimp boat heading down Bayou Lafourche.  I was feeling refreshed.  The excitement of a new day filled with a new adventure had captured my attention.  I was ready to write a new chapter to this story.  How would it go? 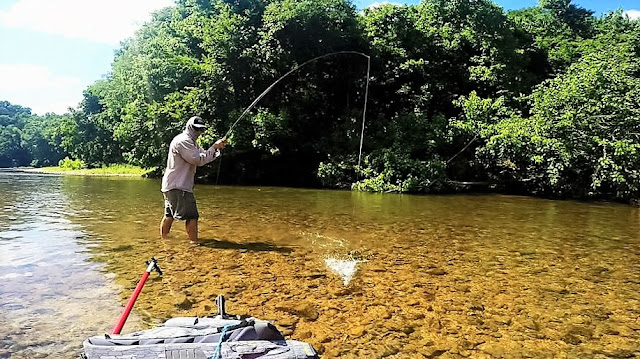 I made a couple phone calls to get caught up on river levels.  I held out hope that the Flint River would be floatable.  In my heart I knew it was out.  The lady that answered the phone, speaking in a deep southern accent, confirmed my suspensions, "we're not putting people on the upper river now."  Shoal bass would have to wait.  I was homeless and lost at sea.  I needed a direction! 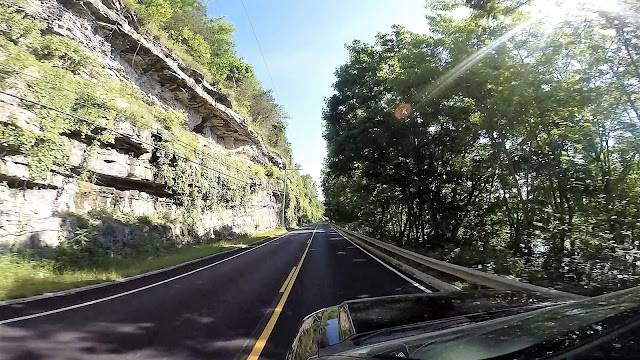 I called a buddy to see what his status was leading into the weekend.  I'm up for floating in the Ozarks but not over the weekend.  That's maddening!  Luck was on my side and he could meet me Friday morning for a quick overnighter.  We planned to meet at 8 am.  A late start for me but he's a good friend so I agreed with just a little verbal motivation (trash talking)! 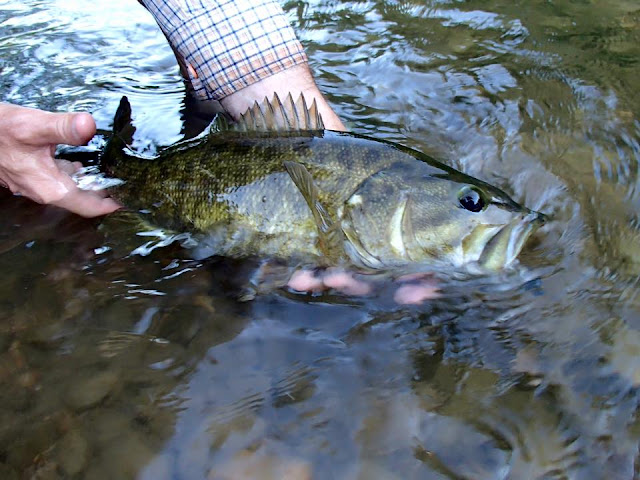 I arrived at the access and unloaded quickly.  So quickly in fact, I left my wading boots in the truck.  It was funny until I had to swim down a flip flop in the first fast run.  I quickly sent a text begging my good friend to bring me some shoes. 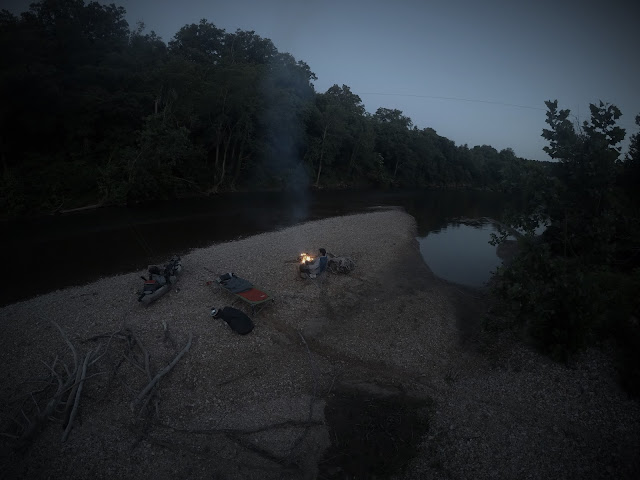 The weather was exceptional.  No rain, warm days and cool nights.  As expected the first afternoon was slow.  Around 4 pm my, thoughts slipped to finding a gravel bar to camp.  I didn't want to be late the next day.  The day still held hours of fishing.  I just needed to be more judicious with my stops. 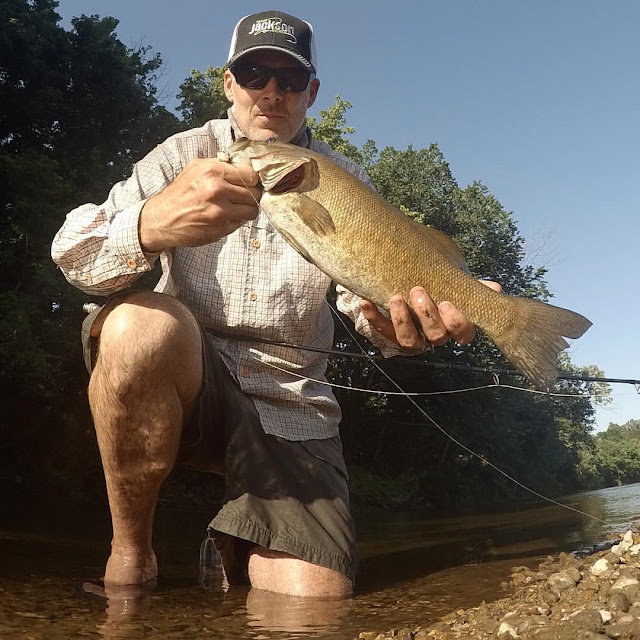 In an instant, the day changed from, a good friend isn't late to a good friend understands your late because the fishing redlined.  Time became measured in the space between eats.  I didn't make it to the planned gravel bar.  I fished up until I couldn't see and made a cot camp in the dark.  Being honest, I regretted that decision when I was gathering drift wood in the dark wearing flip flops.  Snakes have found a fascination with me or my kayak lately.   See below...

I was up well before the light of Friday morning.  I greeted it with loaded bags, eagerly awaiting the itinerary of the new morning.  The sleepy fog was slowly lifting from the water as my line landed softly.  Then it went tight and darted to the surface.  A smallmouth bass exploded from the river and began dancing in slow motion.  My itinerary interrupted, no chance I'll be on time. 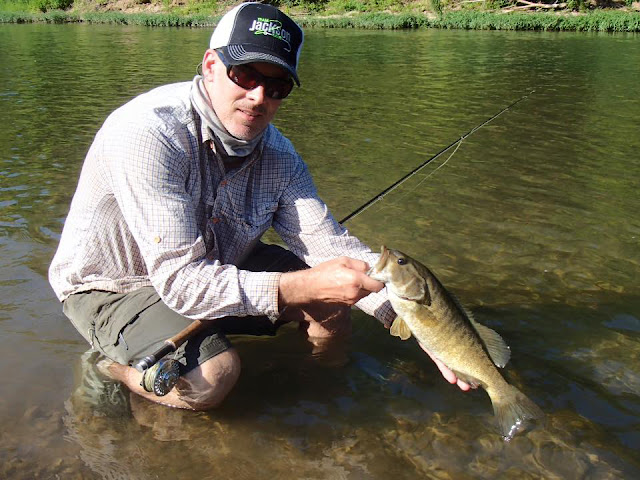 I saw the half empty kayak sitting at the edge of the river first.  Scanning for the owner to whom I owed an explanation for the delay.  Then he greeted me with a "good morning" and a dysfunctional fly reel.  My good friend came to the party with a new box of fly line in one hand and my new wading shoes in the other.   His excuse, "the dog ate my fly line."  Shenanigans! 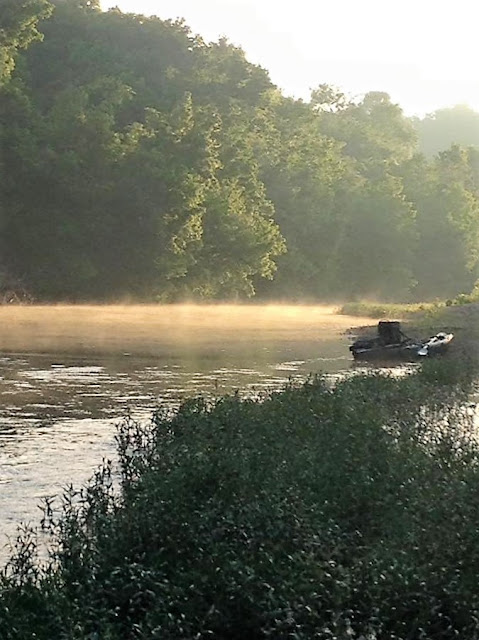 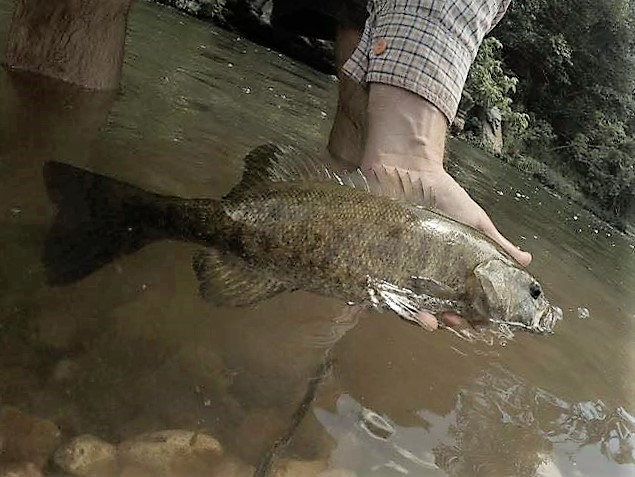 A few good laughs followed with more verbal motivation soon ensued.  This little hiccup was only a short delay.  Being a good friend he finished rigging up down river.  It didn't take us long to realize we had timed this trip perfectly.  Rewards... 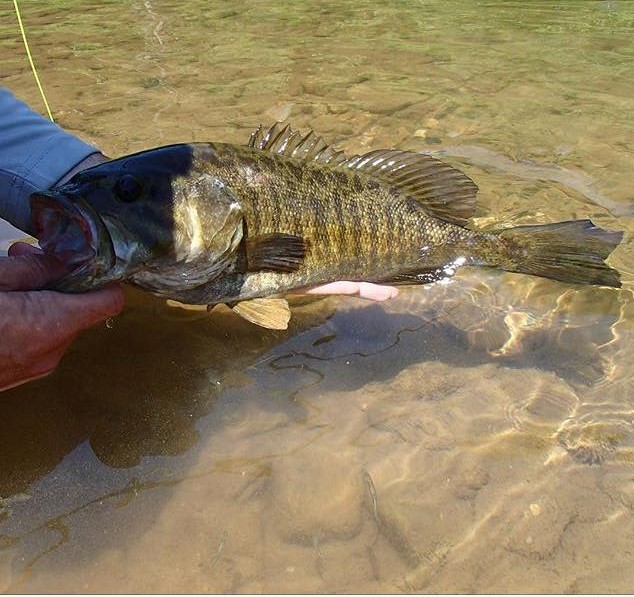 The irony of a road trip is timing.  On one hand, there are no time constraints.  You're free to take the scenic route.  Stay an extra day or depart early if you like.  Choose your path as you make it.  It's freedom from time!  But, on the other hand, timing can be restrictive.  My trip to Southeast Louisiana was met with high muddy water.  My trip to Georgia was cancelled because of high water.  We timed the Ozark stop perfectly and were rewarded with countless hours of uninterrupted fishing.   When we departed the river on Saturday the area was overflowing with people.  Good timing! 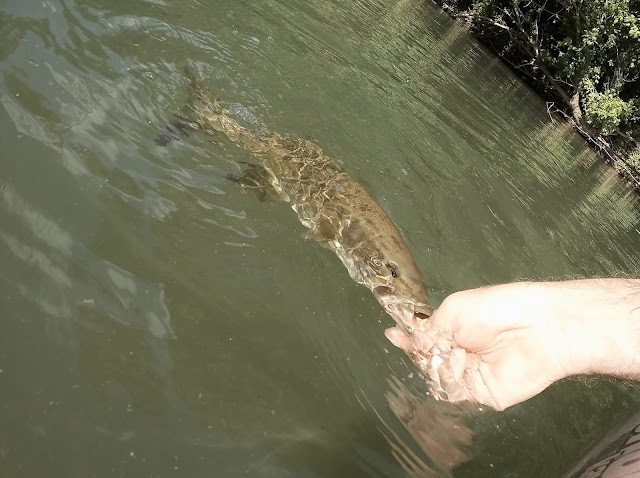 I rolled the dice on the next stop and just went in spite of the weather forecast.  Sometimes you just have to deal with the unknown.  See how it goes in part 3 here:
http://looknfishy.blogspot.com/2016/07/the-flash-fly-roadtrip-part-3.html

Posted by looknfishy at 3:45 PM