This time last year, I was in the final stretches of a 310 mile kayak fishing adventure on the St Johns River (clink here to read).  It was a great trip but I didn't realize it then but I missed out on one of my favorite times to chase trout.  The St Johns River trip took all of January to complete and I was smart enough to not run away on any other adventures in February...so no winter tailwater trips in 2018.  That would not be the case in 2019. 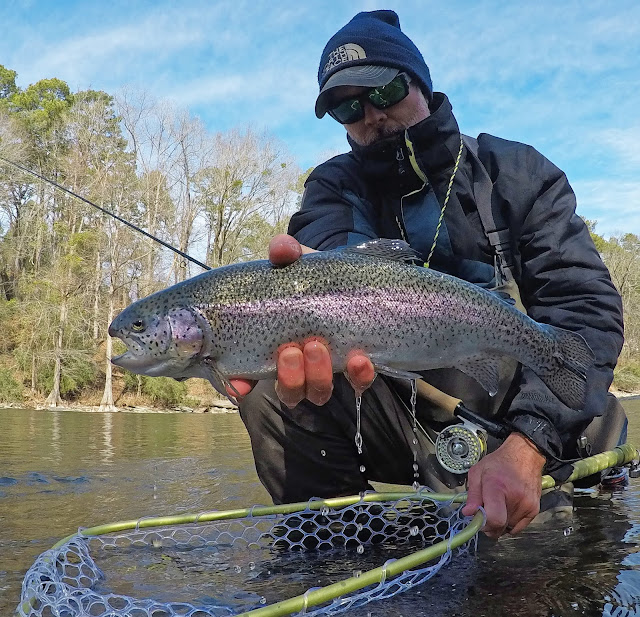 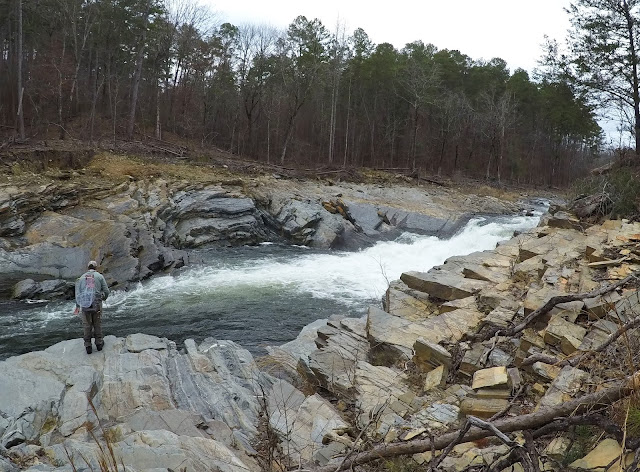 I have made several trips to the Lower Mountain Fork River (LMFR) in Oklahoma this year.  Heavy rain in Arkansas has kept the Corps of Engineers running high water locally.  But that's not an issue for the LMFR. While it's a tailwater, they have about 4 miles of trout water that is created from the spillway.  So even if they are generating, there is still wade friendly water available. 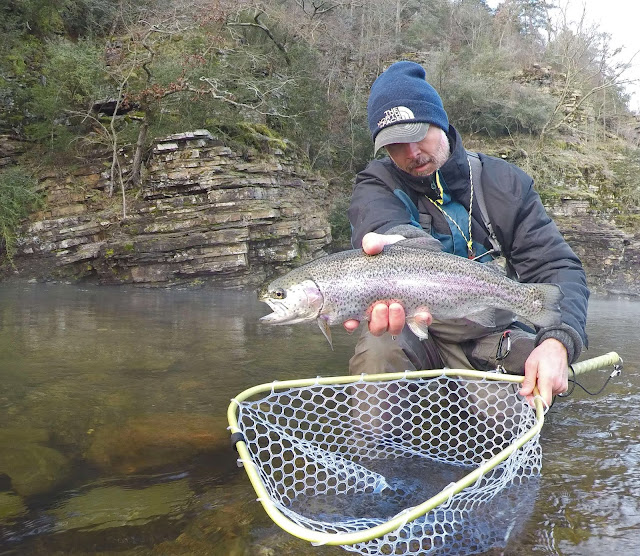 There isn't a ton of water to fish and it can get crowded.  So I've only gone during the middle of the  week to help deal with the crowds, which usually means if I get up before the sun I get the first run through at least one of the popular areas before another angler shows up. 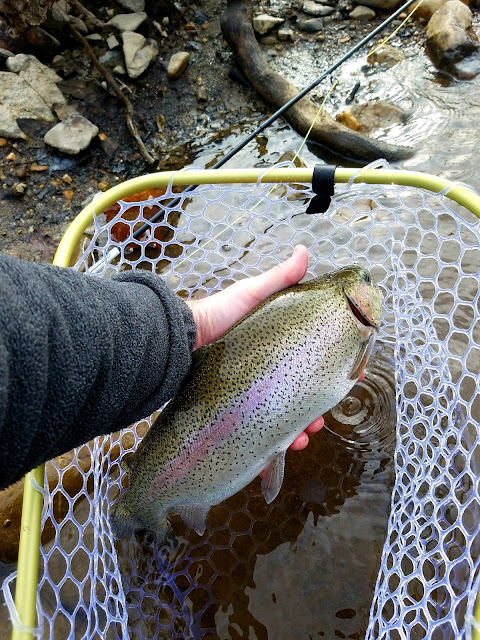 The fishing has been really great considering in 2015 they opened the spillway gates and destroyed the trout water.  It's still recovering but it has a ton of potential.  The LMFR isn't not known for its wild trout population, although there are some stream born rainbows in the river.  You'll know when you catch one.  They run hard and are very acrobatic.  I've only caught a few but I can tell immediately.  However, it is known for some of it's larger and very educated holdover bows.  Being a catch and keep river, if you're a dumb trout, you'll be on a stringer quickly.  The number of 17-20 inch fish I have caught has been crazy for such a short time. 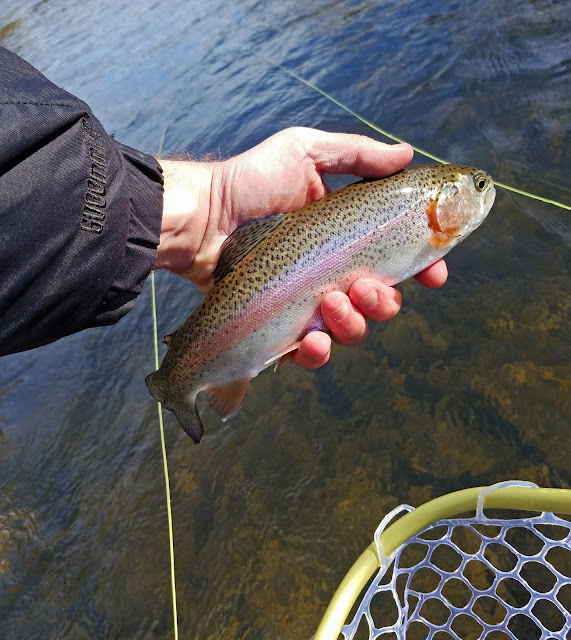 The cool thing is the LMFR has a little something for everyone.  One afternoon I spent a few hours sight fishing bows in the catch and release area.  These fish as educated and get a fair amount of pressure so they aren't easy to fool.  It's a fun challenge. 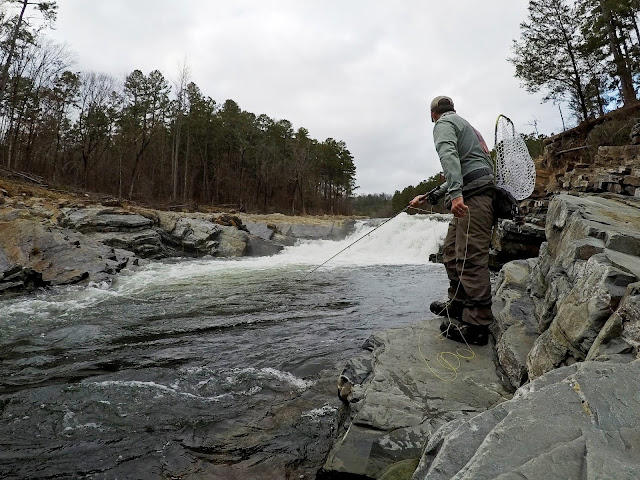 On another afternoon, during a BWO hatch I was able to catch several small rainbows on an emerger drifted behind a dry.  A few even took a swipe at the dry.  That's not something I get to do much in Arkansas. 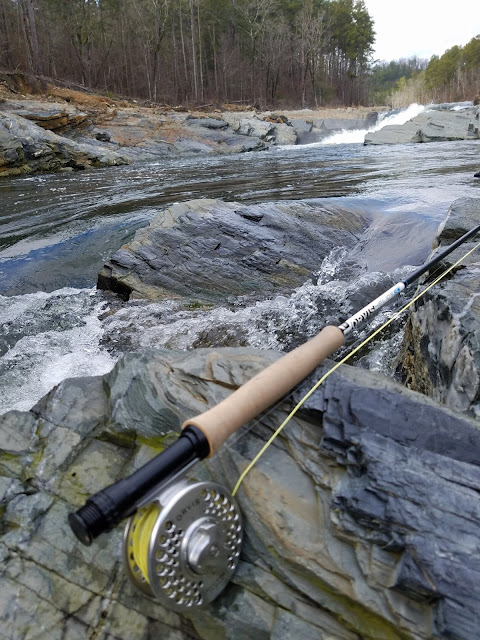 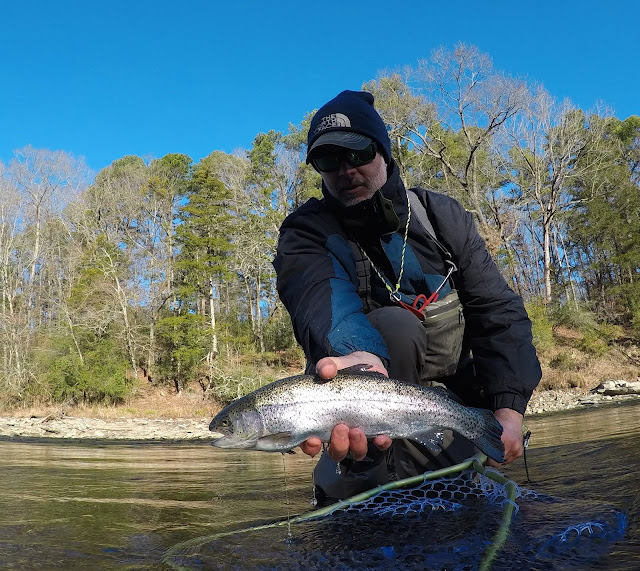 Of course there are deep runs, pools and riffles to work also.  All in all it's just fun to get out and wade some water in January.  Especially with the lack of opportunities on some of my favorite tailwaters.  I'm already lookn' forward to my next trip to the Lower Mountain Fork.