The silvery greenish shadow appeared at my 9 o’clock and moved to 8…7…5…before I could stop the kayak.  That opportunity existed and vanished so quickly I wasn’t even confident whatever I saw was a fish anymore.   There was a decent chance it was the shadow of a plane bringing a fresh new group of tourists to Grand Bahama Island.  That was my first encounter with a maybe bonefish. 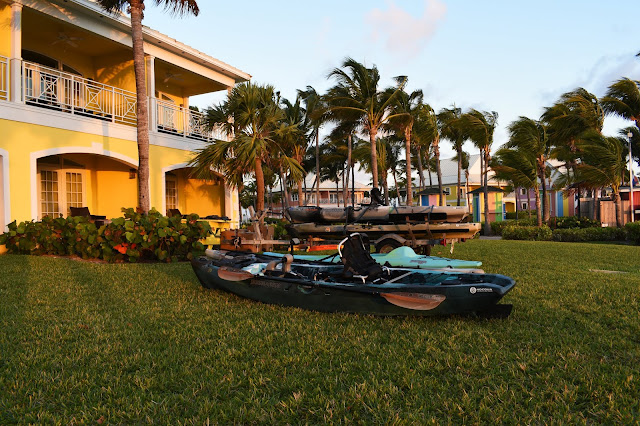 Sight fishing bonefish from a kayak is something I’ve wanted to do for a few years.  In March, some buddies called and invited me on a kayak fishing trip to the Bahamas.  I was super excited but knew my wife would be more like, “I dare you to go to the Bahamas without me!”  She either really loves me or really hates me because I spent last week fishing the flats. 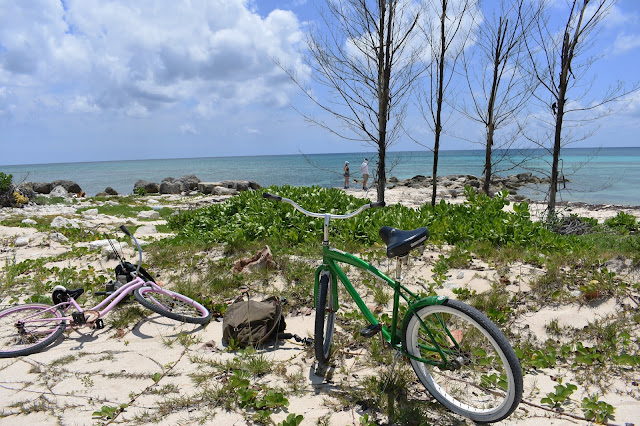 The winds blew over 30 mph for the first three days but that didn’t stop us from fishing.  We were thankful for the variety of targets that were willing to eat a fly and for the bicycles that we used to explore the island.  Barracuda, triggers, jacks and small snapper kept us busy while we waited out the weather. 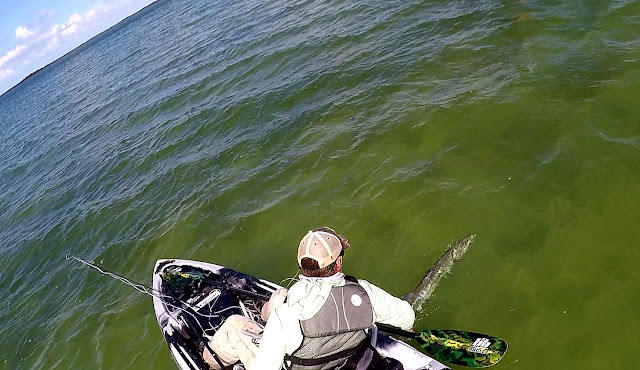 When the conditions improved we shuttled the kayaks to nearby flats and spent the afternoons poling the incoming tide.  The bones lived up to their reputation of being both, elusive and difficult to catch.  Good thing the chase was what most of us came for because the flats were full of maybe bonefish.  More than once, I convinced myself a rock, sea grass, and even a small turtle was a bone. 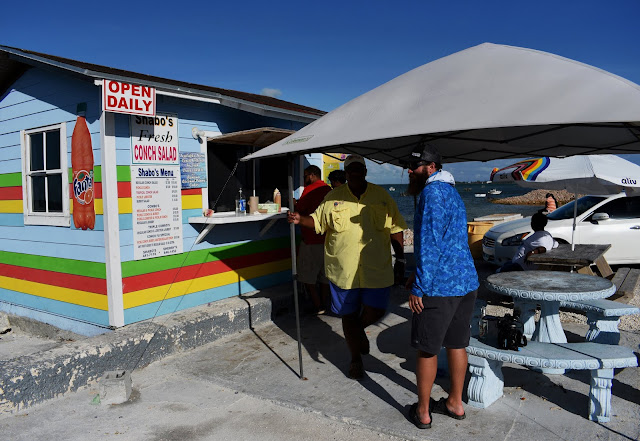 Like musky or grass carp, only the “first timers” ask how many you caught.  Those who’ve spent any time on the flats, know you only count the number of fish seen or how many follows you got. 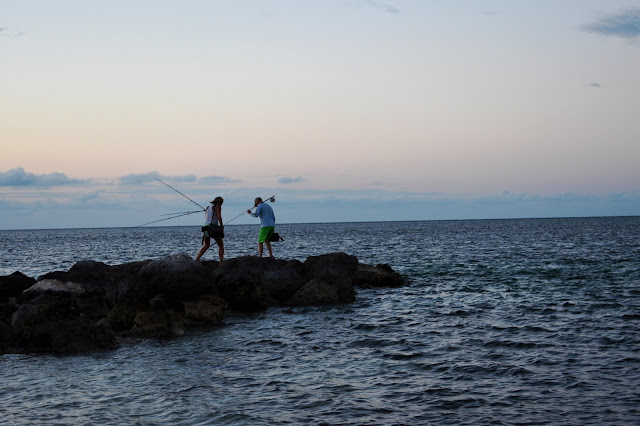 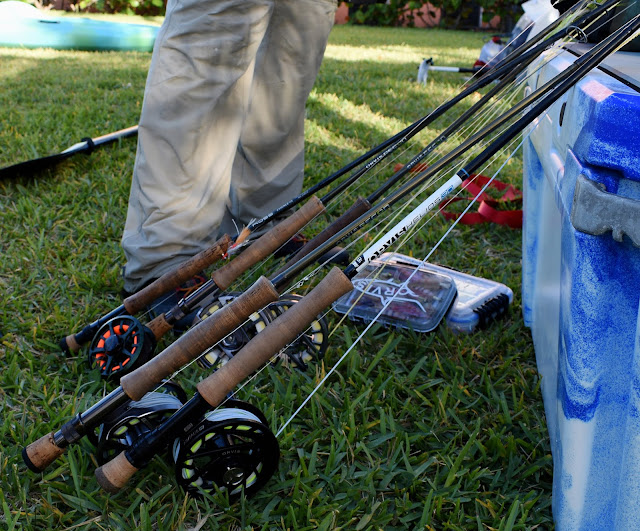 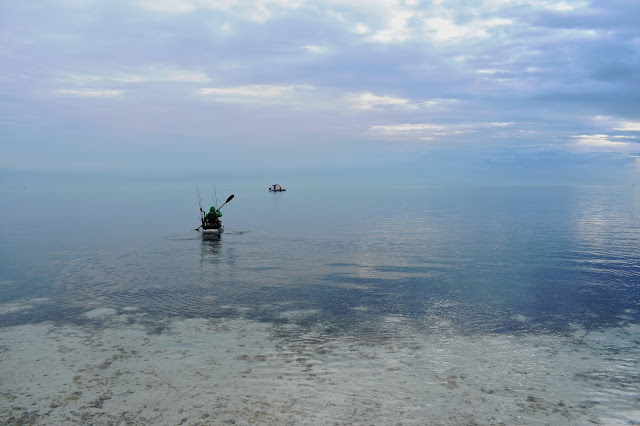 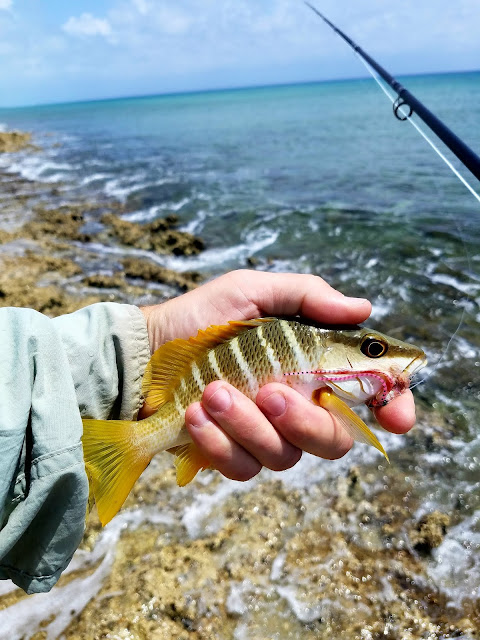 We relived the game of hide-n-seek over dinner each night.  The small victories gave us hope for better days.  Bones are easy to love but easier to hate, you curse the many refusals and celebrate like it’s your 21st birthday when they eat, which sometimes leads to new nicknames but that’s for another story. 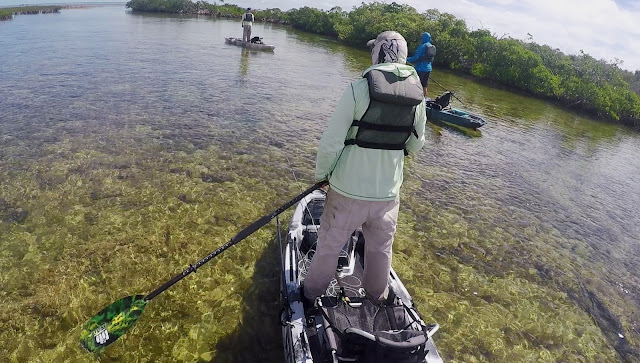 Each evening we’d gather for dinner at Old Bahama Bay Resort and drink our struggles away.  After an hour we convinced ourselves that tomorrow would be the day we’d figure out those flats ghosts.  All I can say now is, I saw a lot of maybe bonefish.
Posted by looknfishy at 2:59 PM 4 comments: