It was the night before Colordomas...

I haven't been on here much the last few weeks and wanted to fill everyone in on whats been happening.  A few months back, I was invited to tag along on a road trip to Colorado.  That trip heads out tomorrow.  It's a week long mix of DIY and a few days camping on the Colorado River with Yampa Valley Anglers.


Since this will be my first trip to Colorado, I've been researching and tying a bunch of flies for the trip.  I plan on picking up a few from local fly shops when I get into town but I was so excited that I had to do something to keep from going crazy.  Here is a glimpse of the madness my wife and children endure on a daily basis.

I'm hoping to feed the trout a steady diet of streamers, hoppers and dry's but I've also checked the nymph box just in case. 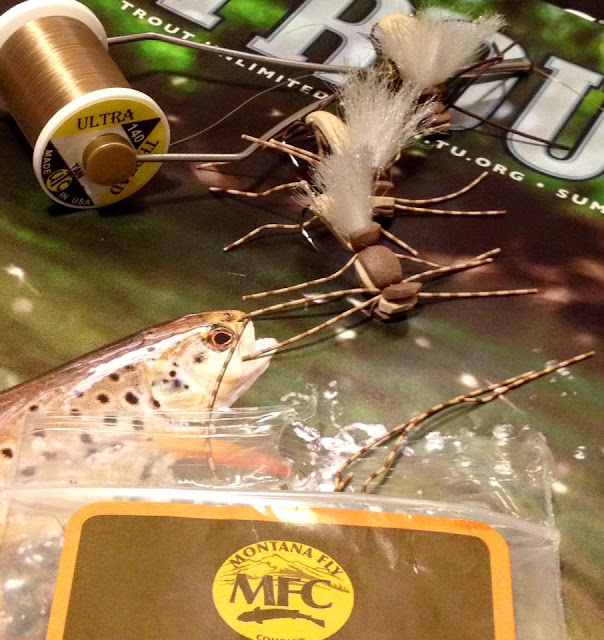 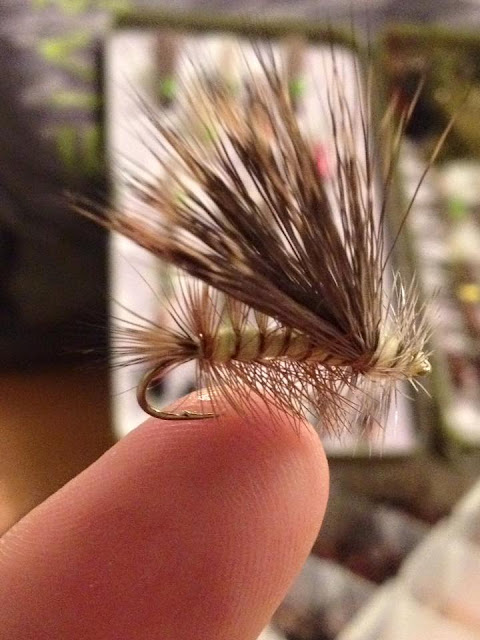 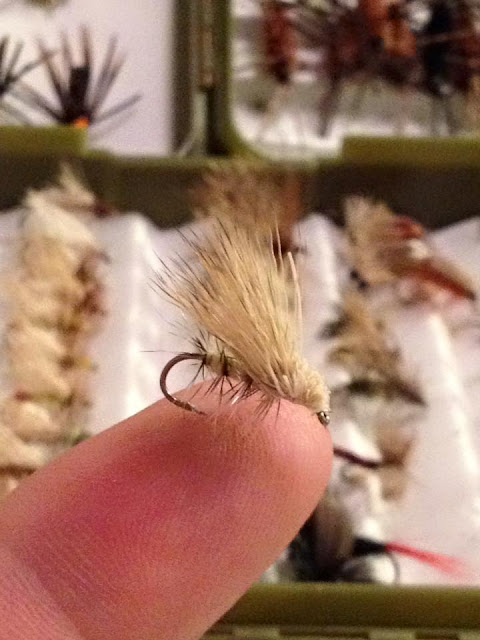 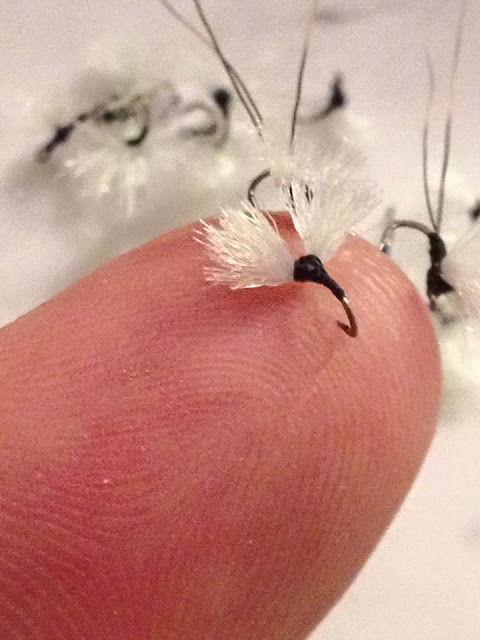 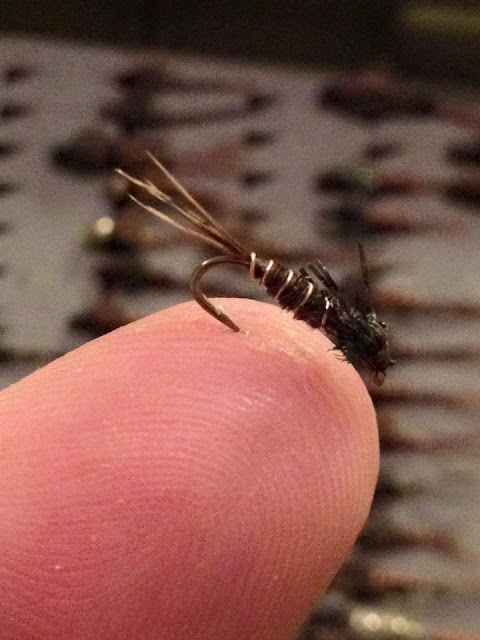 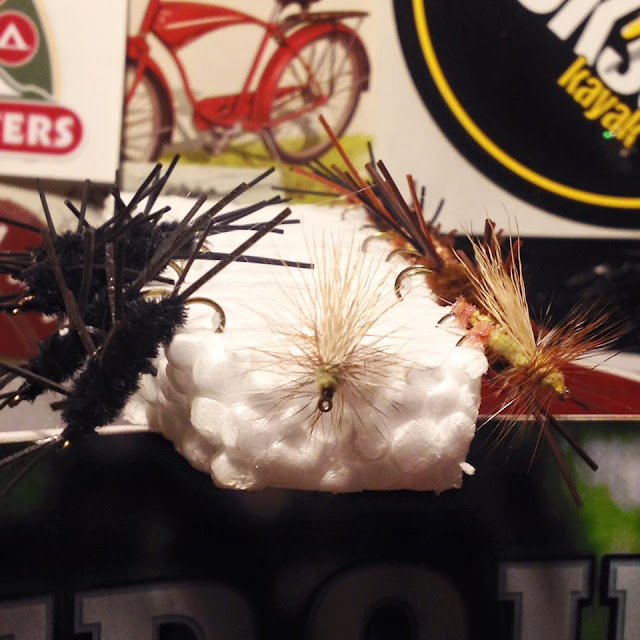 A couple streamers from today.


Those are just a few of the patterns I tied for the trip.  I left out the midge and soft hackle box.  Good thing we're driving or I'd be paying a fortune in baggage fees!  Now we'll see if they catch.  Keep up with this adventure on my Facebook page and Instagram.

As a stay-at-home dad of two girls, I’ve played my part in many a tea party.  I’ve judged dress-up contests, dance competitions, possibly participated in 1 or five…but I’ll never admit it.  Sadly, I’ve learned what a wet brush is and how to use it.  So imagine how excited I was when their JK Skippers arrived last weekend. 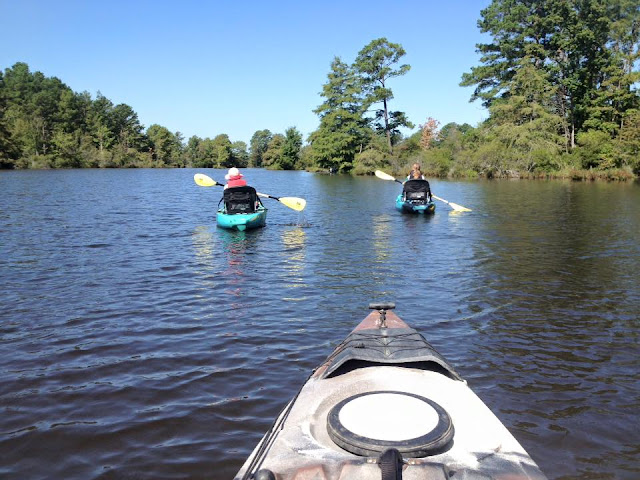 We went out three afternoons last week.  Each trip, I watched as their confidence grew.  The first afternoon they stayed relatively close and didn’t venture far from my kayak.  In fact, it was like playing bumper boats most of the afternoon.  We focused on learning the fundamentals, entering, exiting, stopping, turning, and maneuvering the kayaks.  Towards the end of day one my oldest (9) was really getting confident.  I mentioned to her that the skippers were very stable and she might try standing up.  Just as she stood up, I looked over and my youngest (7) was standing and paddling all over the lake.  She’s always been a daredevil and I have to be careful what I say in front of her.  The afternoon ended with them standing in their kayaks and beaming with confidence. 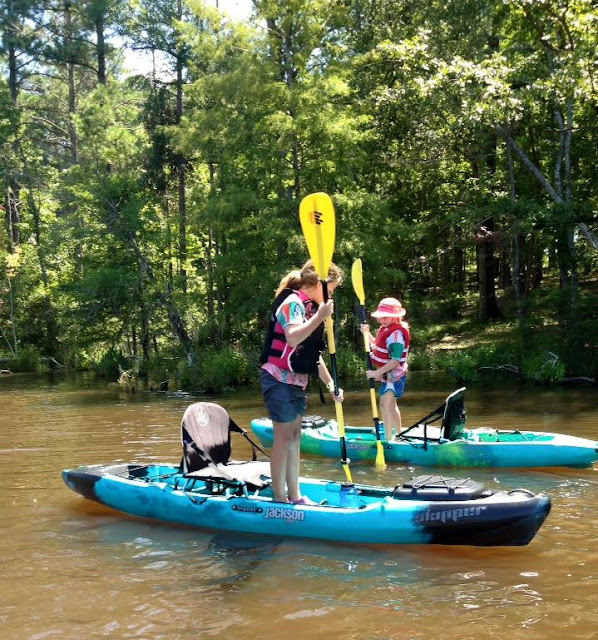 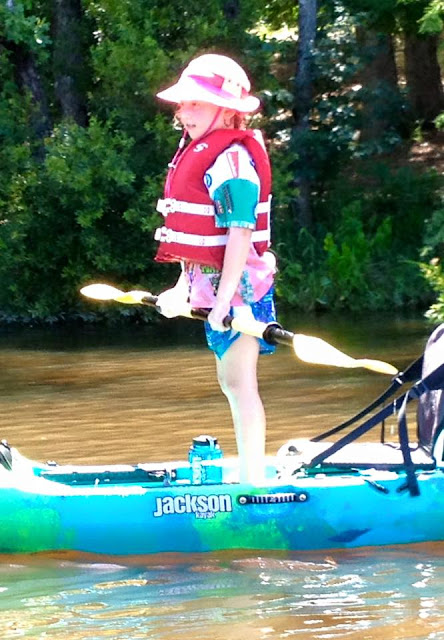 The next day I awoke to, “daddy can we go kayaking today?”  Such a relief from the normal, “can we turn on cartoons.”  I jumped out of bed and we were on our way before either could change their minds.  The confidence they had built the day before was still growing.  Each was ready to hit the water before I could get my kayak off the truck rack. 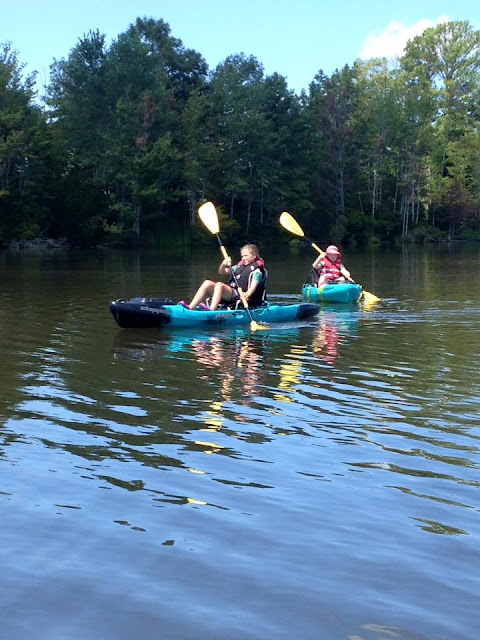 My oldest grabbed her kayak and drug it to the water.  Put on her PFD and asked, if she could get in the water.  Of course my youngest wasn’t about to be left behind.  I watched as they were able to drag their kayaks to the water and get into them without any assistance.  I was pretty excited that each was comfortable enough to get in the water without me.  I took my time and let them explore the surrounding area on their own. 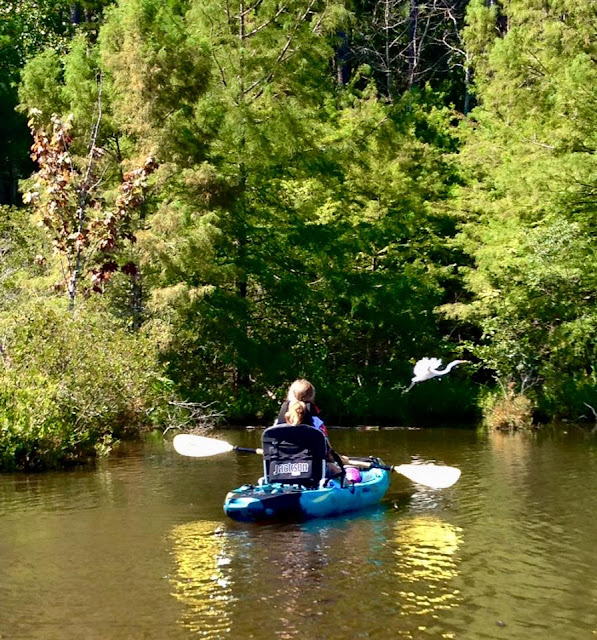 When I finally got my kayak in the water they were ready to explore.  We set out a quarter mile trek that ended at an island perfect for swimming and collecting shells.  I anchored my kayak under the shade of a cypress tree and watched as they paddled and swam around the island collecting shells most of the afternoon. 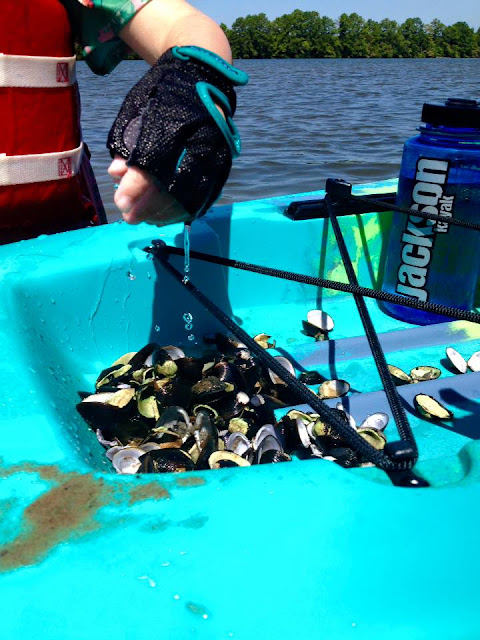 On the way home that evening, they asked if we could come back the next day.  Of course, I’d do anything to avoid having my finder nails painted!  Our third trip, we really ventured out.  We paddled nearly a mile of open water to a distant island looking for wildlife.  Frequent swim breaks were required along the way to cool off from the heat of the day.  I was super impressed at how quickly they had progressed.  At every break, I would watch as they would stow their paddles and secure their kayaks.  I had made a point to talk to them about the danger of losing a paddle or worse their kayak.  The same lessons my dad had taught me over 30 years ago.  At the end of day three they could manage their kayaks on their own.  They were taking responsibility for their gear and their safety.  They were learning and I was proud. 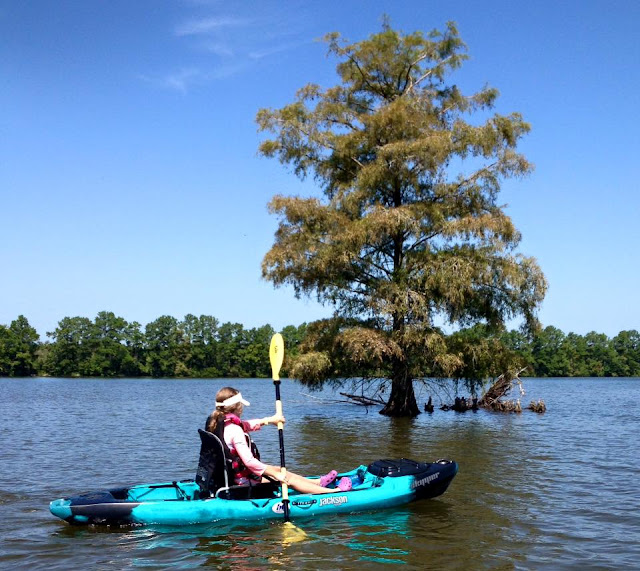 In just a few days, we’ve learned that kayaking is a lot of fun but it also builds confidence, teaches responsibility, requires planning, and is great exercise.  As a parent these are just a few of many important skills I want my girls to learn.  In a week, they'll start back to school and summer will effectively be over, but our fun is just beginning.
Posted by looknfishy at 4:45 PM 5 comments: