The thought of traveling to the San Juan River had been on my mind for a couple of years.  I made a quick trip with a friend in September during the busy season, when the water was high, but we only fished from his fly craft.  I really wanted a place I could go during the winter when most destintaions aren't worth the travel.  I've been following Fisheads and their fishing reports for a couple years.  This year they have been talking about how great the fishing has been.  Trusting in their info and after talking with them, I made the decision to book a room for 5 nights. 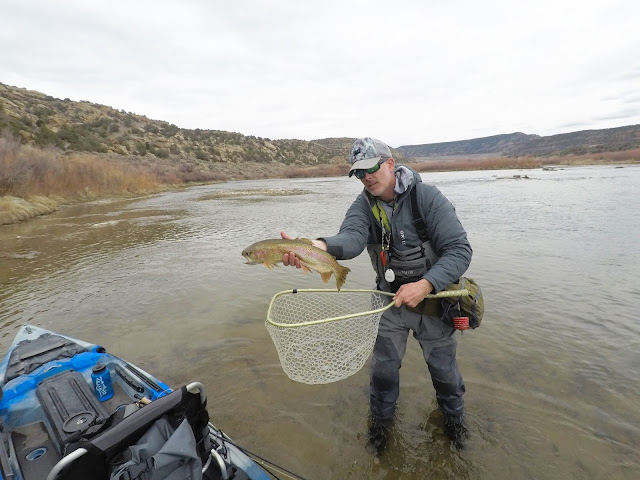 I'm always hesitent to trust in fishing reports, especially from lodges and guides that have a financial interest.  But I can say without hesitation, Fisheads provides a trusting report.  The fishing was, maybe even better than what they said. 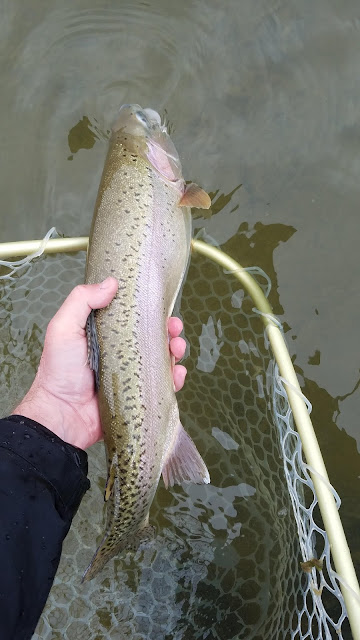 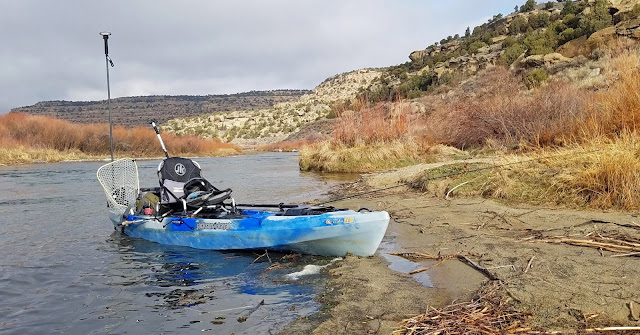 I decided to wade the quality waters for 4 days and kayak the river one day.  The weather was excellent, 30's in the morning warming into the 60's each afternoon.  The skies stayed cloudy most of the day but the sun peaked in for a few hours each afternoon.  It rained almost every night, which made haveing a room really nice  Not to mention, the New Mexico state parks closed the parks to camping during my trip.  That would have sucked! 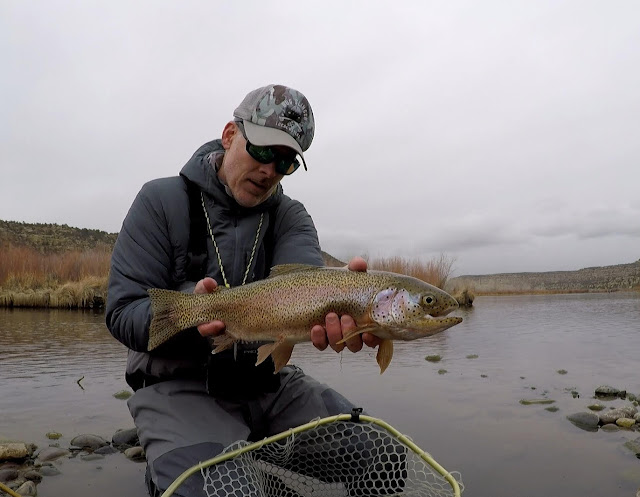 There were very good midge and baetis hatches almost every afternoon.  Earlier this year, I picked up a new Orvis H3f 10' 4wt and matched it with the new Scientific Anglers Amplitde Infinity  fly line.  This setup was perfect for how I fished the Juan during my trip.  I started each day nymphing the various runs but when fish started rising I'd switch to a dry fly until they stopped.  The fishing was good in the morning on midge larva and emergers.  The afternoon was better, but maybe because I was fishing dries and seeing the takes, which is exciting. 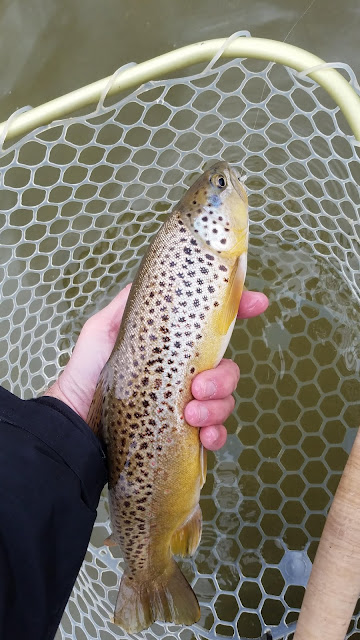 Day 1 started at the Texas Hole after checking into Fisheads.  As you can imagine, after driving 18 hours, I wasn't there until after lunch.  It was Sunday and the only day there was any sort of crowd.  All the likely, good looking water, had someone posted.  But that allowed me to roam some and I was able to pick up a few fish.  But it got great after everyone went home around 4pm. 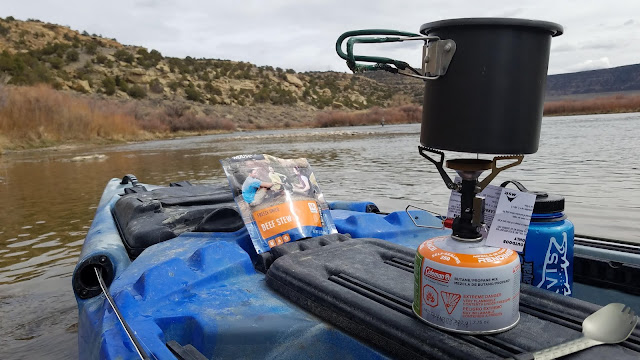 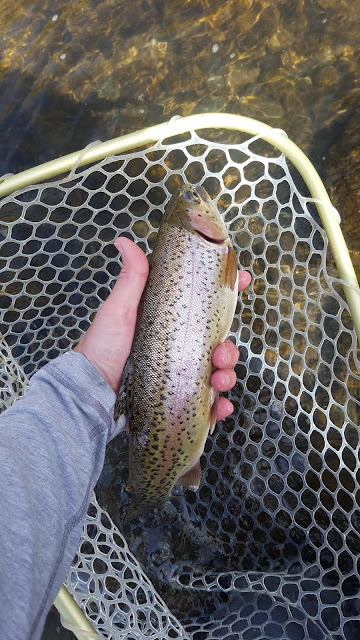 I spent Day 2 at Munoz day use area.  I had never seen it and got a little turned around walking in but considering there was only one other truck in the parking lot, it wasn't a big deal.  I knew what I was looking for, my buddy and I fished this access back in Septempber from the fly craft.  When I found the river, I knew where I wanted to start.  In fact, I lost 4 fish in the first 25 minutes, which was super frustrating.  However, it didn't take long to find number 5 and he stayed hooked.  It only got better as the day progressed.  Fish were actively rising to sz 22 midges, go figure I only had sz 20's which got some eats but more refusals.  I was thankful I brought my tying kit along.  Later that night, I whipped up some smaller dries and emeregrs for the rest of the week. 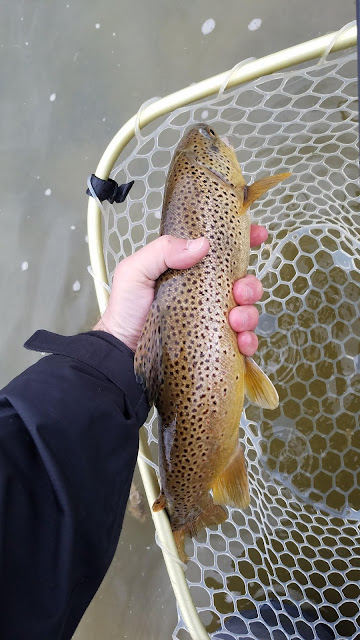 Day 3 was spent at the dam.  It was the only day I felt crowded.  There was lots of good water but it seemed like that's the first access people drop in.  The dam didn't really open up until it started to rain pretty heavy near lunch.  Even with the crowd there was still plenty of fish willing to visit the net.  But I'd not return to the dam during my trip. 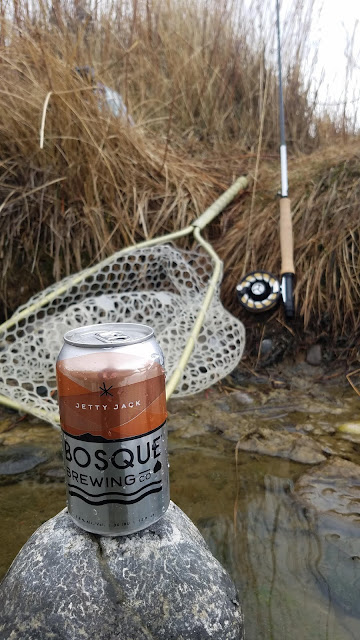 Day 4 I bounced around some.  Started at Texas Hole but only spent a few hours there as it began to get crowded.  I really just went to throw small streamers and hoped to find a trophy fish.  When that didn't materalize, I moved back to Munoz. 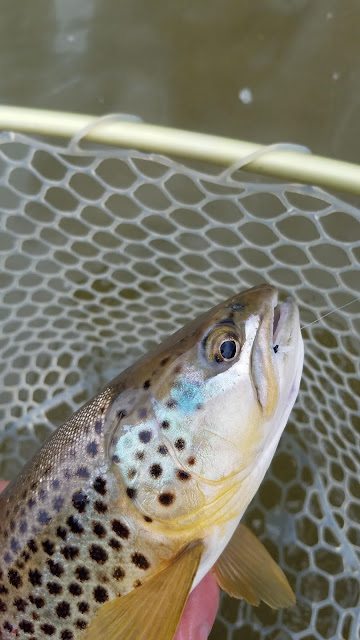 There was only one car in the parking area, but I recognzed it and knew where those guys would be fishing.  I had run into them at the dam on day 2.  They were from Utah and super friendly.  I was surprised to find the spot I wanted to fish open.  But later found out, they had a run in with a 30" brown the day before when it attacked a 12" rainbow one of the guys had hooked.  So they started off throwing streamers hoping for one magical streamer eat. 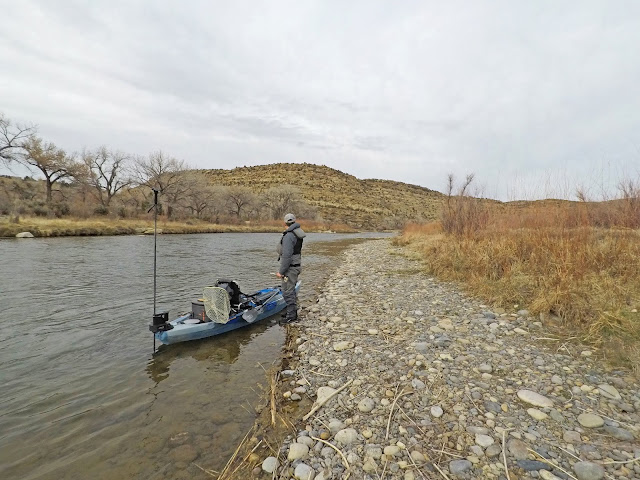 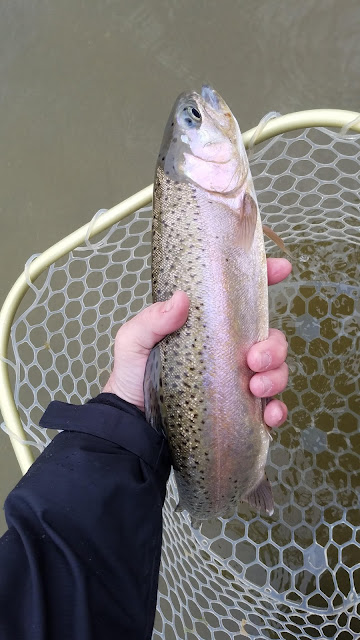 Munoz fished better that day than the previous day.  Probably because I had a better idea where fish were holding.  Definitely because each night, I'd ty up a few more patterns based on what I had seen in person, rather than heard from a fishing report. 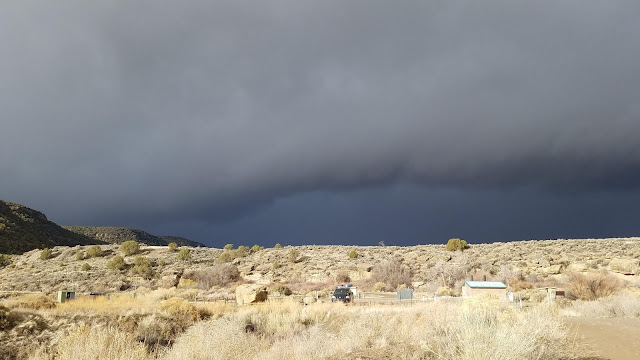 I really thought the Juan would be a perfect destination for a kayak.  On day 5, I dropped it in and floated the 3 miles from, Texas Hole to Cusher.  It was as awesome day.  The Juan is perfect for a kayak. During normal flows, you can drift and repeat as many times as you care to paddle back up and start over.  I did that a few times in Texas Hole throwing streamers before moving down. 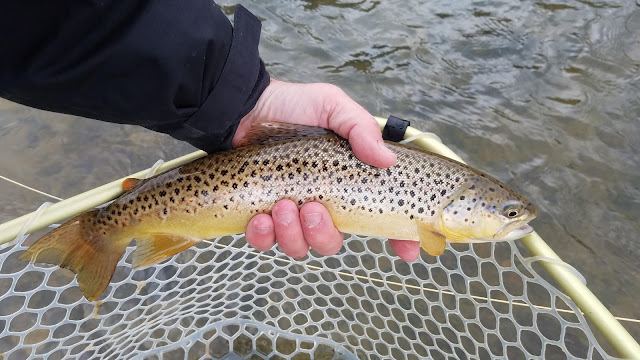 The weather was nearly perfect and the fishing was excellent.  I caught fish on streamers, nymphs and dries.  I honestly, can't think of anything negative to say.  Other than, I wish I floated it twice.  Next time, I'll float Texas Hole every morning until the guides show up and then relocate. 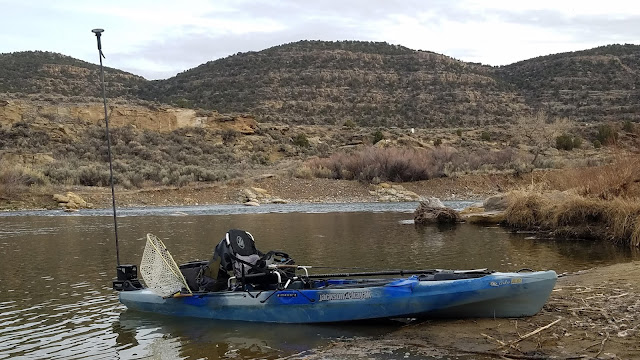 Day 6 was definitely the worst weather day.  It rained really hard during the night.  The winds were over 20 mph with gusts to 30 mph.  The temperature dropped as normal but didnt't heat up as quickly as it had during the beginning of the trip.  As such, the bug activity wasnt very strong, which probably made it easier for the trout to find my dries among the few naturals on the water.  The dry fly bite was intense but short lived.  It was pretty insane from 10am to 1pm.  After that it made more sense to drink a beer and take an extended lunch.  It had been a fantastic day and trip over all...it was nice to relax and reflect.  That pretty much ended my trip.  I still needed to pack up.  The return drive was still 18 hours, plus an hour time change to eastern time.  It was a long drive for sure but so worth it! 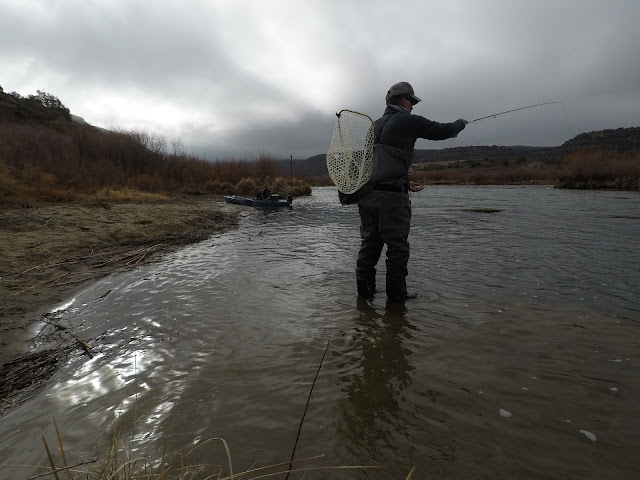 The Juan will be at the top of my list for winter destination trips  Where else can you catch rainbows and browns on nymphs, streamers and dries.  While enjoying great weather and possibly even find a true giant.  But you're guaranteed a killer time!

I'd open the video in YT and watch but you be u!
Part 1 here:


Posted by looknfishy at 7:27 PM No comments: