March has been "en fuego!"  Lots of days spent on the water.  I've been chasing bass, grass carp, took a trip to the FL Keys, and ended the month on the Little Red River. 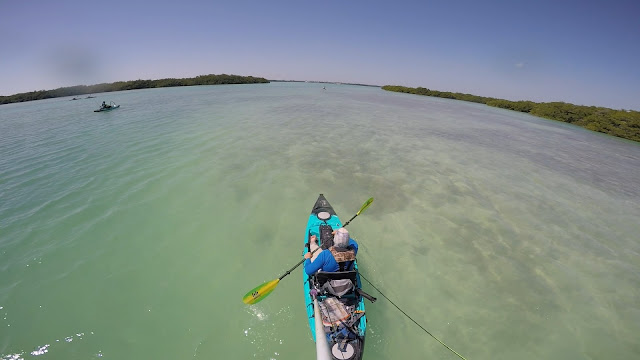 I'll pick up with the Keys.  The fishing was good but the company was great.  It's rare to spend a week on the road and not have complaints about something.  I have none.  I had never met the other roommates but consider them all friends now.  The winds however, were terrible most days.  We basically had 2 good days on the flats.  But thanks to JK team member and guide Randy Morrow we were on fish everyday.  I can't say enough about how professional and detail oriented Randy was.  He knew all of our names after the first meeting, identified our techniques, and developed strategies for the trips based on what our strengths/weaknesses were. 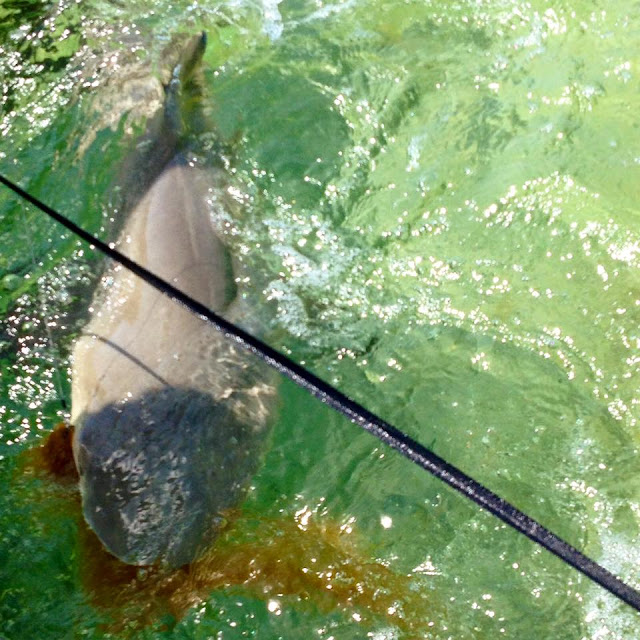 I may have the details off a little (I can't remember my own name most days) but he's been in the Keys ~15 yrs guiding and hosting Eco tours.  Here's his FB page (doesn't post often).  Lower Keys Kayak Fishing 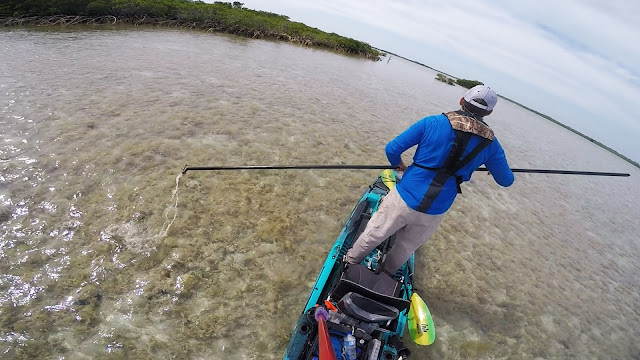 Like any good guide he spends his time on the water and lets word of mouth do its thing.  Highly recommended for both conventional and fly. 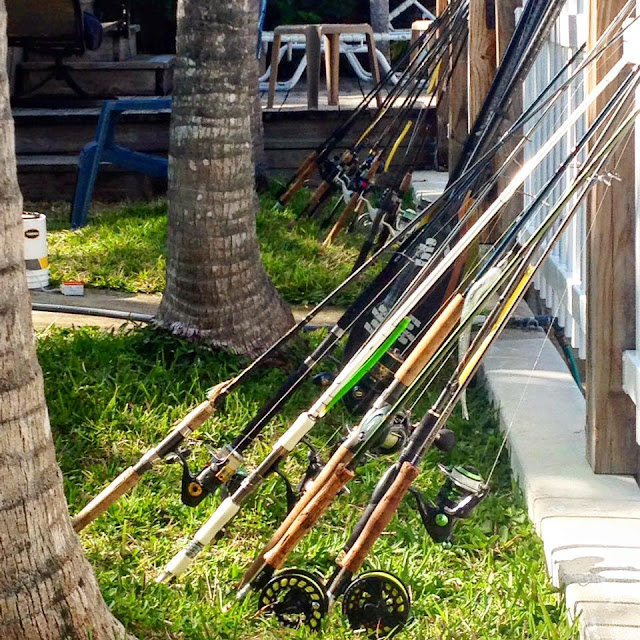 The nights were spent prepping for the next days trip and riding/falling off the Onewheel.  Proud to say I only ate it once (I'm 39).  Mostly because I was smart enough (I'm 39) to not get on it again.  But it was cool...just didn't want to break something on this trip. 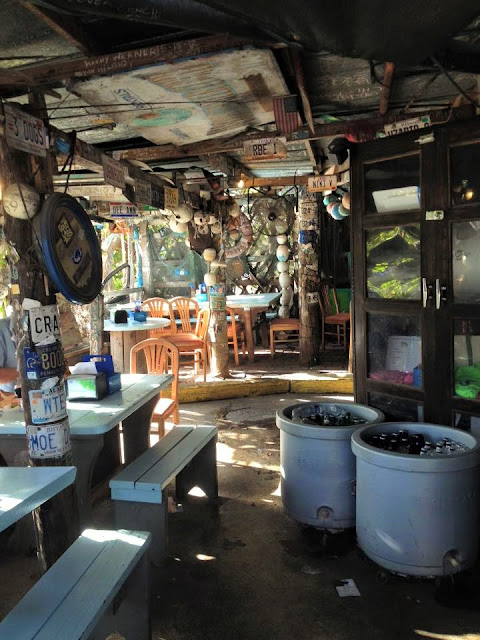 I won't share more than that because Jameson and Brooks killed themselves trying to film the entire week.  The group would be spread out and they'd paddle like crazy, into 30 mph winds, trying to get to the action.  I'll share the video when it's out.  If you saw their last video, "Salty" St Marks, FL,you know it'll be insanely good!

After I got home I spent a few days recovering.  Really the winds were 30-40 mph here in SEAR and I had enough fun dealing with that stuff in FL. 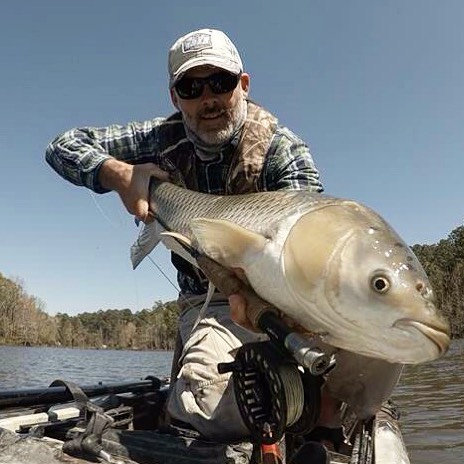 When the winds subsided I went and spent a few afternoons stalking grass carp on the flats.  It's still fairly early and they aren't aggressive but they'll eat. 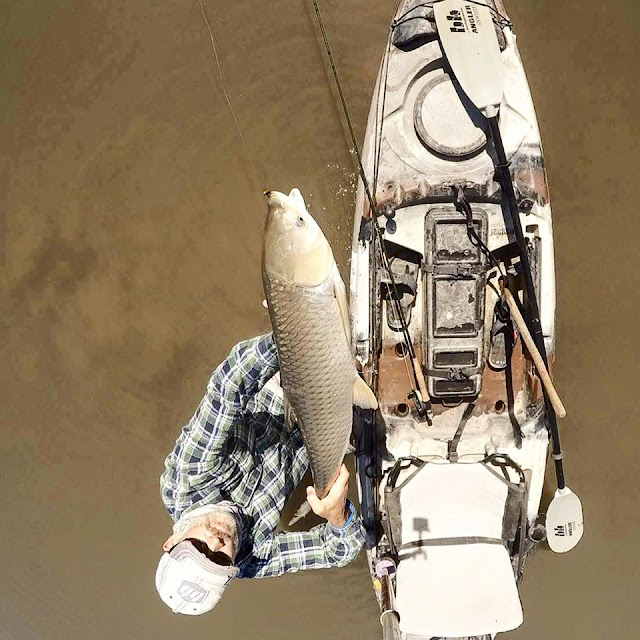 Celebrated Easter weekend in Mayflower, AR with family.  Its become a tradition to "unofficially" open pool season on this weekend.  Yes, it's still way too cold for the adults.  But kids don't care, even in their Easter outfits.

Before I left for the weekend I checked the COE generation schedule and was shocked to see a half day of low water on the Little Red.  I stayed up way too late Saturday night and got up way too early on Sunday, 3:30 am.  But I was way too excited to pass up on the first low water in months. 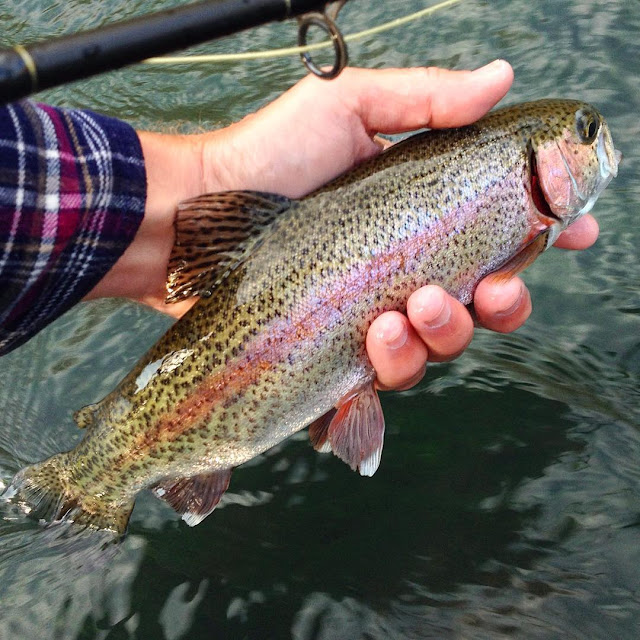 The first hour was silly.  My dead drift and mending looked like I was working a frog for bass.  Eventually I got it worked out and found a few fish. 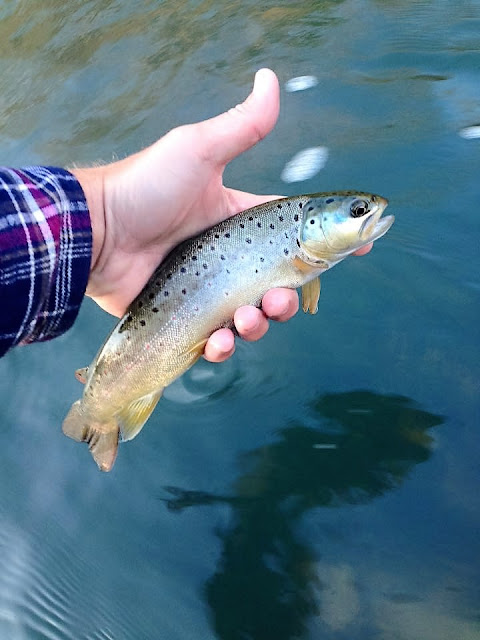 I'm always amazed that trout will chase down and crush a bugger that swims like a drowning caterpillar.  But won't rise 3 inches to eat a nymph because it's the wrong shade of olive. 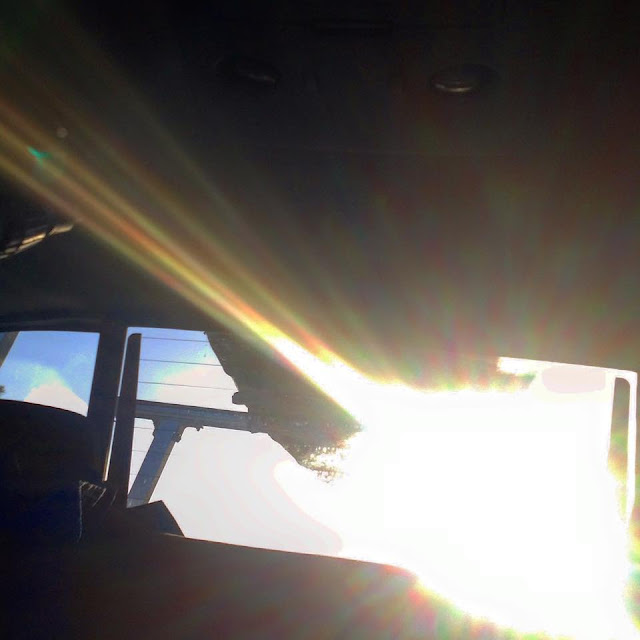 Once I got the depth figured out I had a great day.  I didn't move much because I knew high water was on its way and didn't want to be far from my kayak when it arrived.  Around lunch it showed up and carried me back to my truck.  Good way to end the month.  April looks to be just as fun...

Finally back on the fly!

Finally found something to throw a fly at.  The grass carp are back up.  My bass fishing is slowly ending.  When the grassies eat on top I can't pass them up.  Instead of writing about how awesome it was here's a video from the trip.

I won the LOTTERY!

Not really...well maybe the fish lottery.  The month of February was one to remember!  The weather was exceptional and the BIG fish were biting.  The GoPro has been really handy.  Not necessarily in the cool edits stuff (one more thing I have no talent for).  Rather, I’ve used it like a golfer would to analyze their swing.  I’ve been able to look back at the footage and see exactly what I did, where, how long I let a bait rest and what side a tree a bass came off.  Or in most cases why I suck as a fisherman.  Funny how I’ll remember something completely different than what actually happened and WHERE it happened!  Old age.... 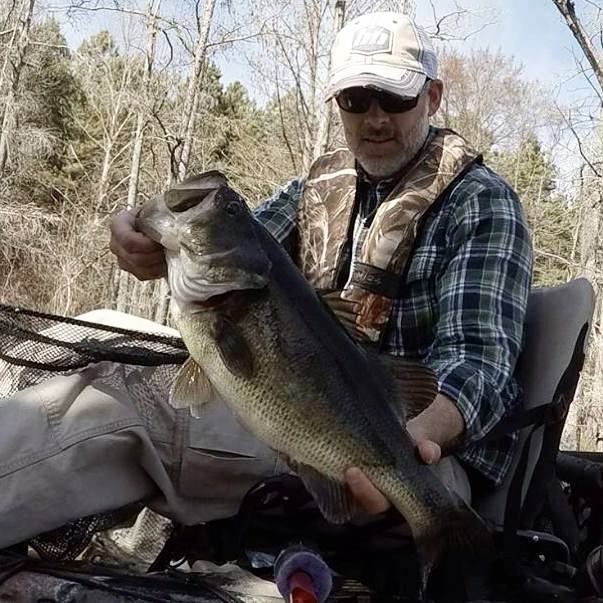 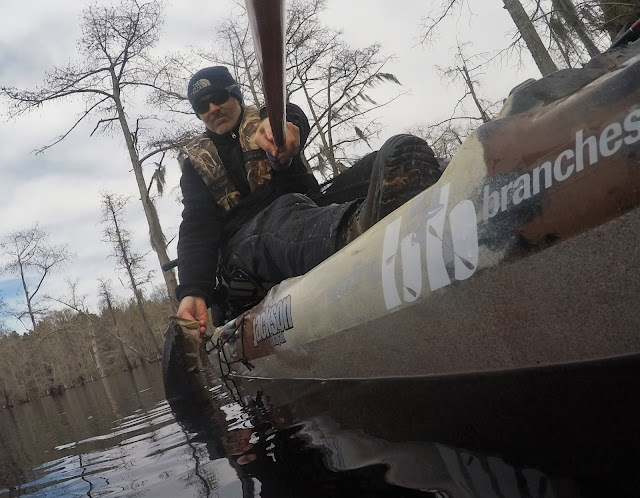 When I haven’t been fishing I have been writing fishy tales.  The latest was in Kayak Bass Fishing Magazine, https://issuu.com/chrispayne94/docs/spring_2016_kbfmag, pg 24 “Force of Nature.”  If you review the contributors, you’ll probably recognize some familiar names from the JK team and others that I have a lot of respect for.  Great info in this FREE magazine! 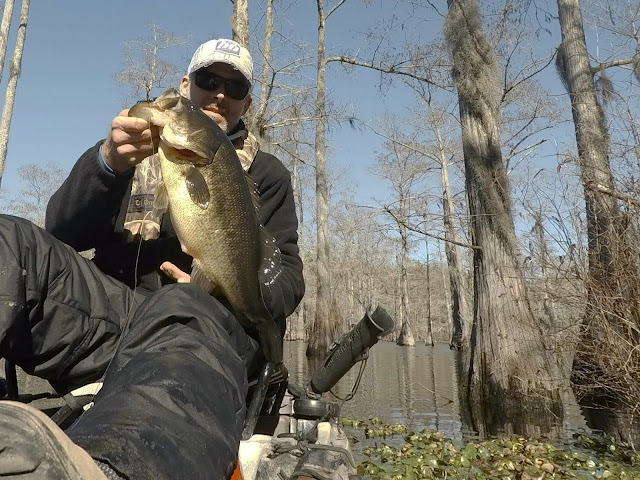 The other story was in the February issue of The Fisherman’s Journal, http://www.joomag.com/magazine/the-fishermans-journal-february-2016-kayak-edition/0642190001455768899, pg 70 “Gifts of Winter.”  Again, the list of contributors is very recognizable and the content they provide is great. 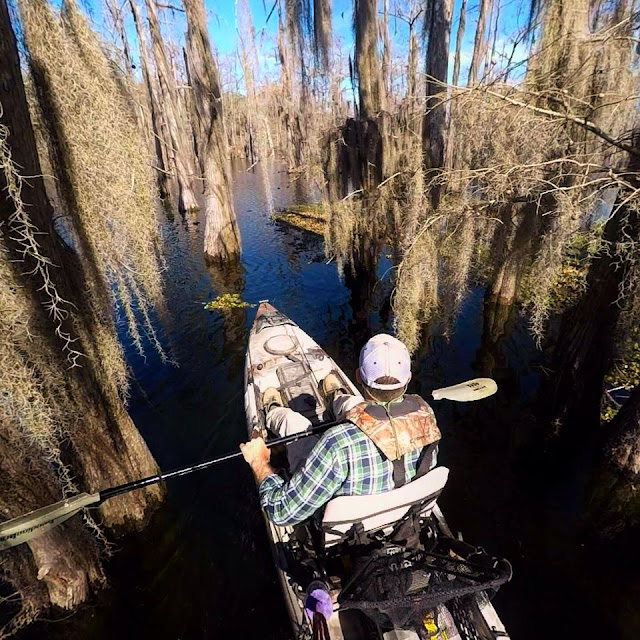 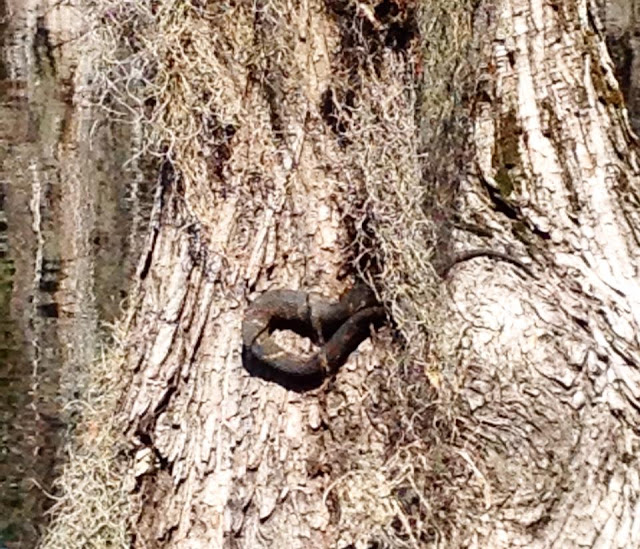 Between fishing and writing, I’ve been preparing for a trip to the Florida Keys in March.  To me the Keys means fly fishing and I’m pumped!  Knowing I’ll probably only spook everything in sight, I decided to tie up a bunch of salty patterns.  That way I can blame my lack of talent on the tying and not the actual fishing.  The reality is I’m not that talented at either.  Maybe I’ll snag a bone with a poorly presented fly as it’s fleeing from the sight of my ridiculous crab pattern! 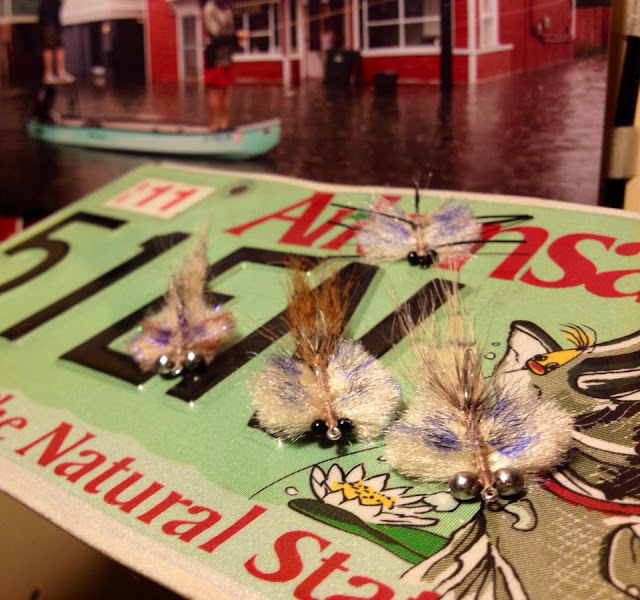 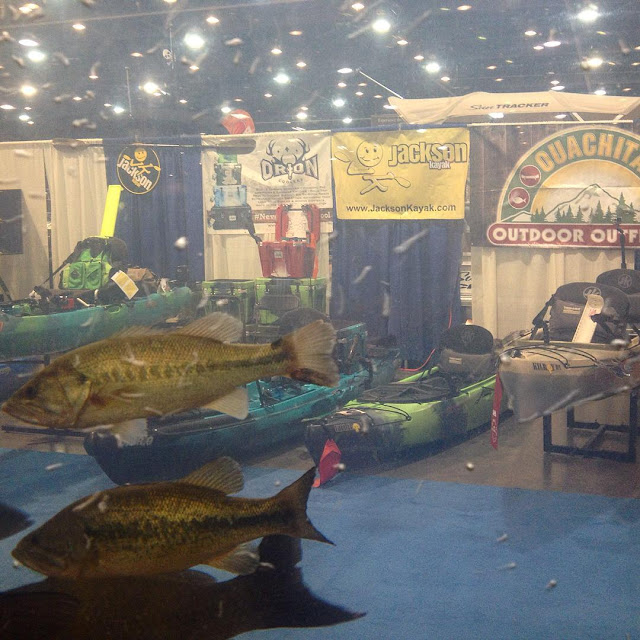 The month of February ended great.  Got to spend a weekend with Ouachita Outdoor Outfitters in Hot Springs, AR representing Jackson Kayak at the largest boat show in Arkansas.  Had an awesome time talking to the public about kayak fishing and the outdoors in general.  Plus, getting to hang out all weekend with like-minded individuals is always fun.

Ending this post with a, "was that a gator getting in the water" short clip I made!