Keeping up with the theme from last week.  Fish all I can and spend as little time as possible thinking about...anything not fishing related.  I've been fishing during day light hours.  Reading about fishing when I'm not fishing.  When I can't fish and get tired of reading about fish, I write about fish.


If you like to read fishy stuff check out my Crazy about Trout story in the Nov issue of The Fisherman's Journal.


Back to the fishing.  The bass have been really fired up.  There are certain times when chasing bass on the fly is better than others.  Anytime I can go is the best time.  Spring and Fall are great times also because bass are more aggressive and actively fattening up for the winter. 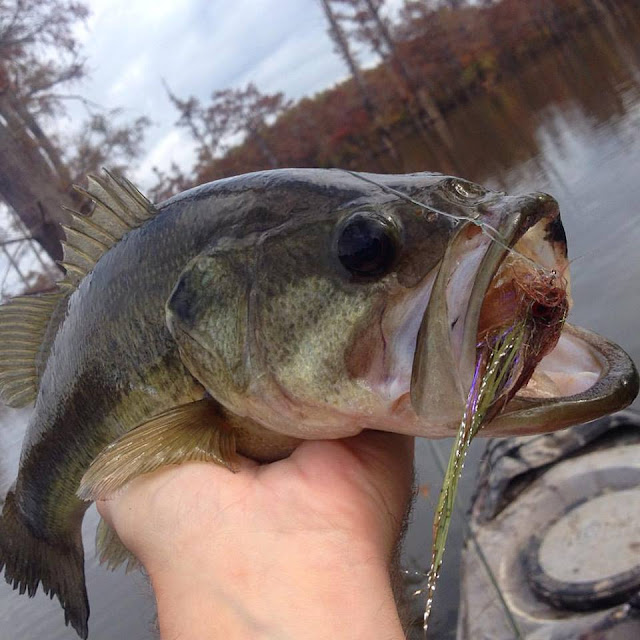 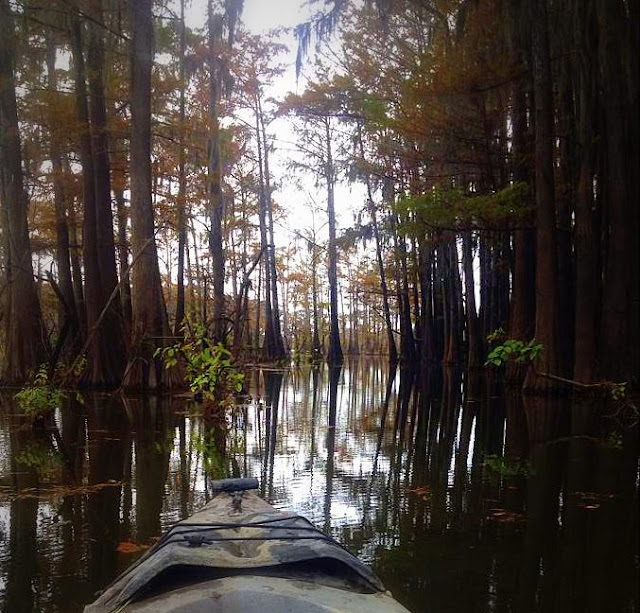 Meaning they'll move away from cover to eat.  Awesome for me b/c I suck casting at distances further than my shadow.  When they get on a seek and destroy mission I start throwing streamers and working them very aggressively.  My streamers come off the vise looking like "Gizmo" but end up looking like a "Gremlin" when they hit the water.  So I'm going for a reaction strike.  The results have been good.  But I hope it picks up more as they really start to key on bait fish. 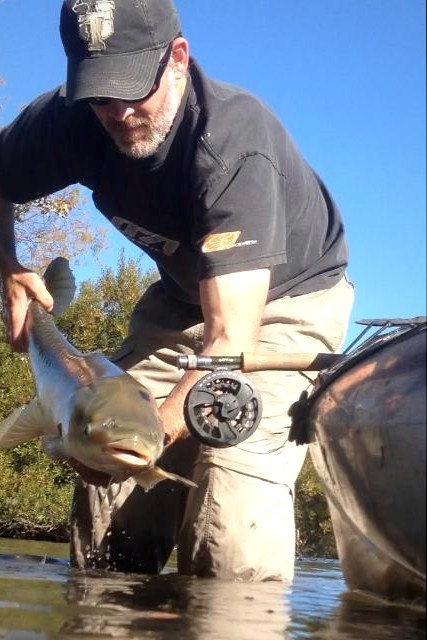 Still found some time to chase grass carp but that bite is slowly but surely fading.  I went yesterday afternoon and it was more work than I'd like.  Not sure but I might call it a year on them.  Hopping ponds to keep from paddling wasn't fun. 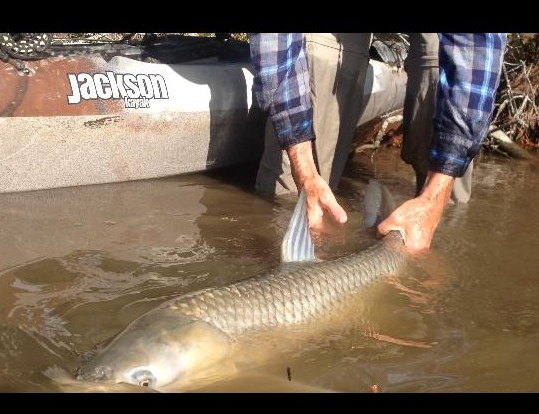 A few are still up in the shallows and seem willing to eat after the water warms.  Which has been lunch time for me and them. 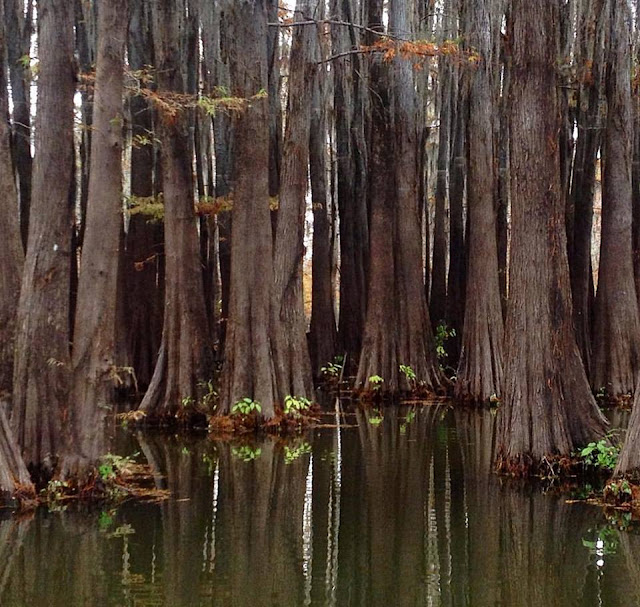 Its been an exciting week as I had a photo (bass from above) featured on the Orvis FB page.  That was pretty cool.  I was asked to speak at the Arkansas Fly Fishers monthly meeting in April, really cool!  Plus I've been connecting to some other people on my FB page.  I enjoy talking fish to anyone who will listen...love social media for connecting those w/ similar interest.  Lastly, I have some great news I really want to share but I've been asked to wait....so when I can tell everyone I will!

Most people know me as the guy with the kayak on his truck.  I feel like they've accepted me for who I am...intense, not social, and don't make small talk.  Unless you want to talk about kayaking, camping, fishing, floating, and other related outdoor stuff.  If it weren't for my wife I'd probably be wearing old, smelly, and ragged clothes.  Phrases like this would be much more common (I already hear it weekly), "hey are those your boxers I see through the holes in your shorts."  My response being, "these are my fishing shorts."  Plus, I've safety pinned the holes closed.  What they might not understand is I only own fishing clothes...if I can't fish in it, I'm not interested in wearing it.  I've lost several of my favorite fishing outfits over the years.  Hmmm....wonder where they went since I do the laundry? 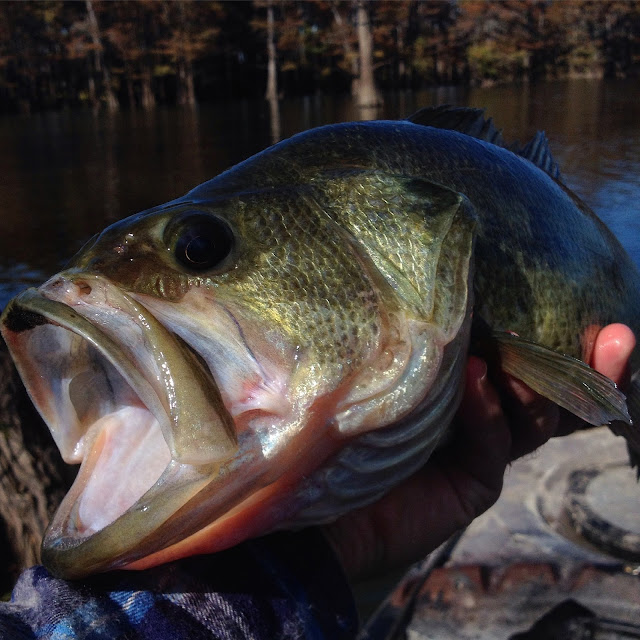 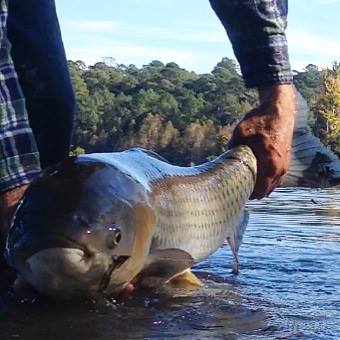 If my wife isn't around to check my behavior I end up fishing everyday.  She's been of town this week.  So the time between when I walked them to school and when the school says they must come home I spent fishing. 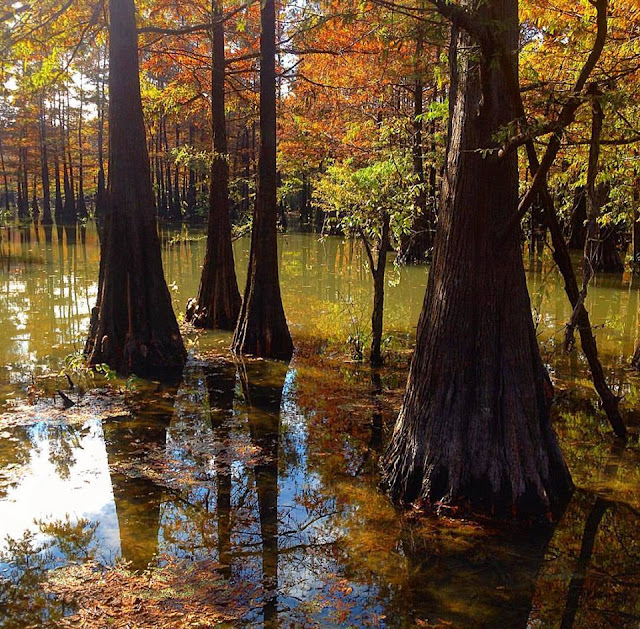 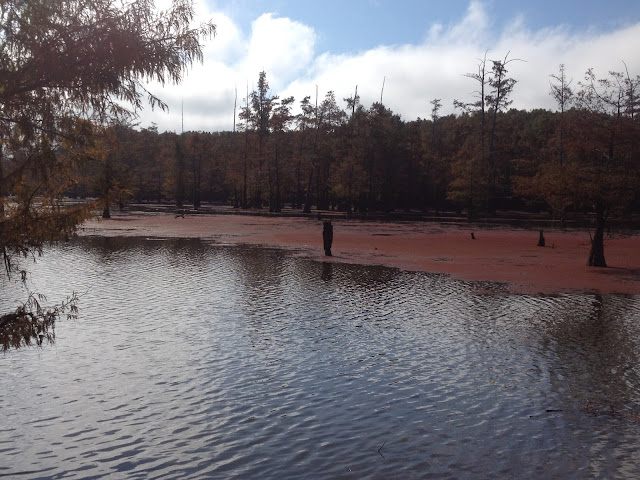 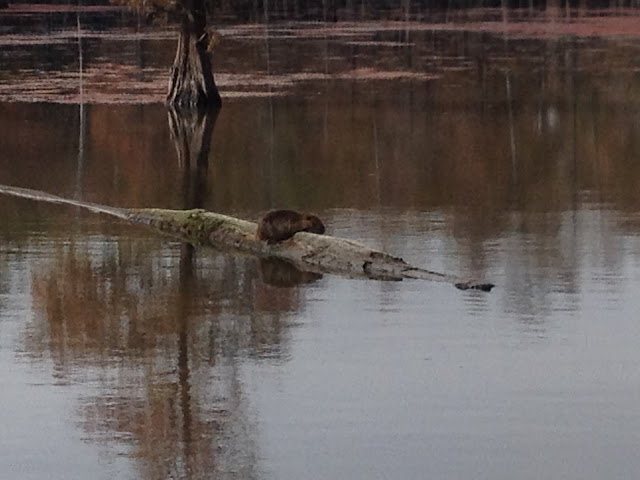 I always remember to make it to whatever event I have scheduled, Veterans Day lunch at my kids school, and various other children's activities after school.  Since I don't particularly care how I look or smell when I'm in public...as long as it's fishy...I fish up until that time.  Aside from my wife being gone...I'm human...it's been a great week.  Fish all day and hang out with my girls all evening...awesome! 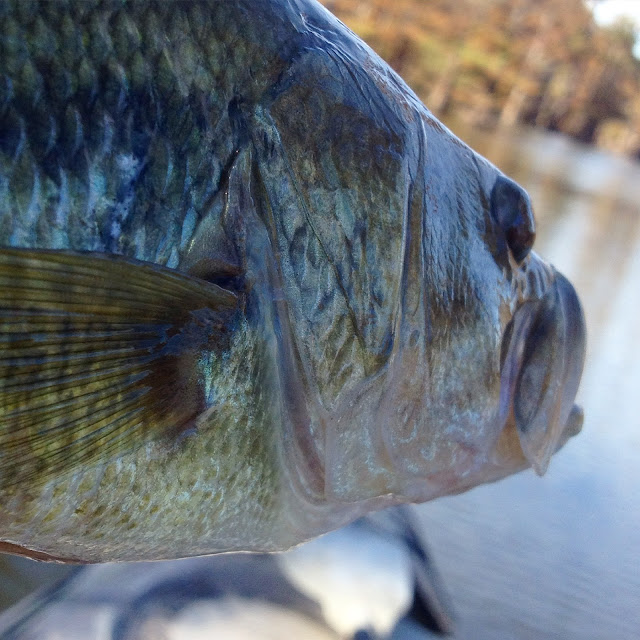 I fished all day Tuesday, until lunch on Wednesday, and all day Thursday.  Gonna post this b/c I've been slacking on the blog lately (only so much time in the day - sorry) and head out for some carp.  The week went like this: 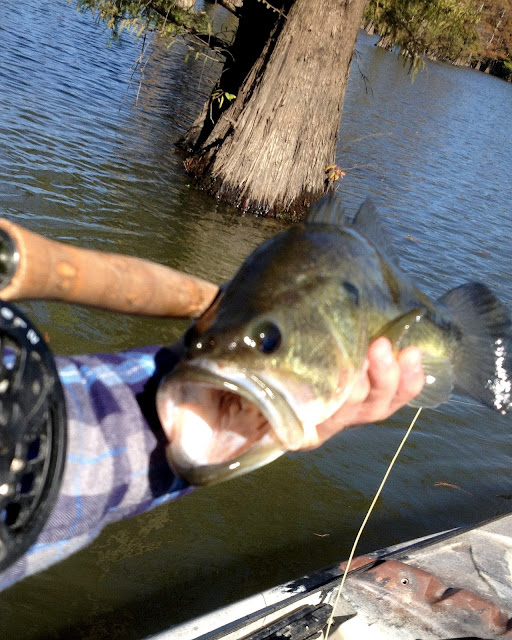 Bass Tuesday and Wednesday.  Tried again on Thursday but after 2 hours of nothing and hearing the strangest noise in the refuge (Felsenthal NWR) I paddled up on a electroshocking boat. 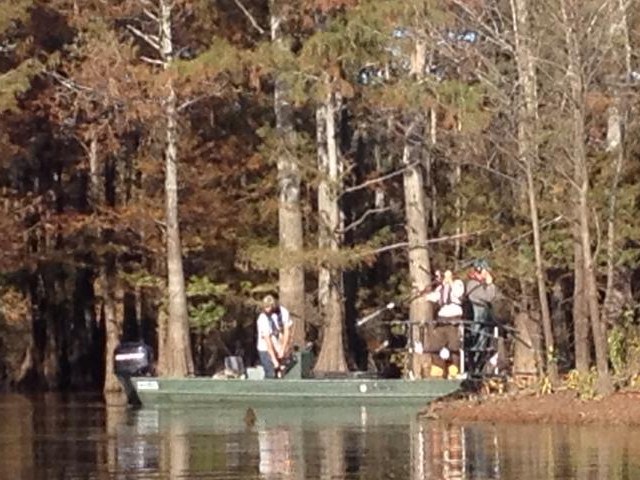 I decided my first choice wasn't going to work so I went searching for carp and surprisingly found a very active group in a shallow pond.  I had pretty much decided the cool temperatures had shut them down....I was wrong. 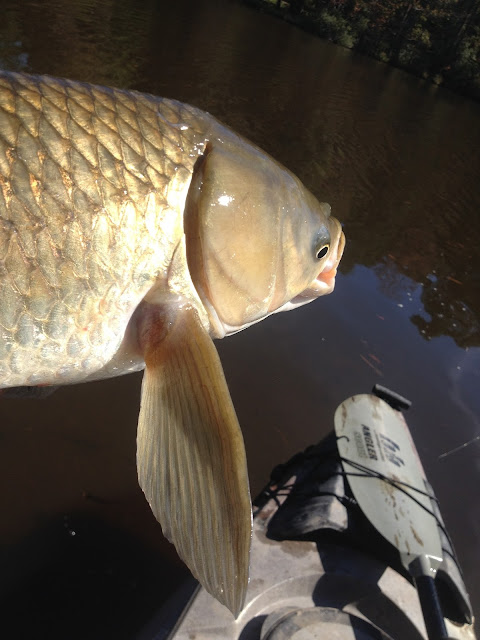 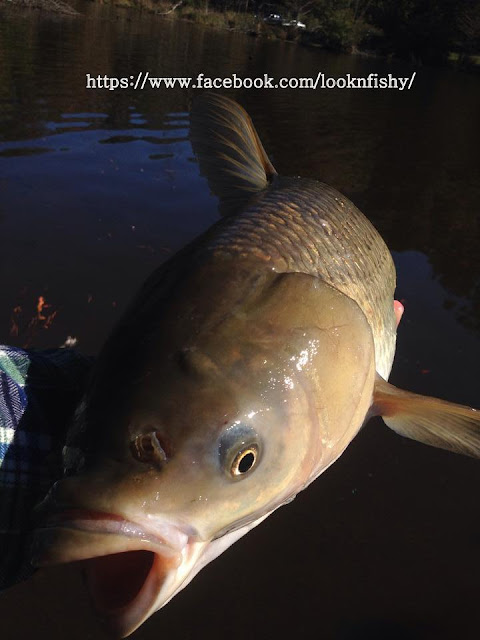 Check out my Facebook page Looknfishy for more timely posts and pictures.  A few of my photographs have recently been featured on the Only in Arkansas FB page, http://www.onlyinyourstate.com/arkansas/ar-best-photos-4/  Wish I had that kind of luck with fish.  My luck puts me fishing behind the shock boat. I apologize for all the typos, bad grammar, misplaced commas (my motto-when in doubt comma out), spelling errors...and whatever else offends you.  I'm going fishing now!

I was sitting at the dinner table Sunday night when the school called and left a message.  Lots of school activities going on this week and they were updating parents on the times and such.  I'm sure there was some important information on that message.  However, what I heard was a field trip I had planned to be at on Tuesday was really on Wednesday, meaning I could fish Monday and Tuesday.  I looked at my wife and asked her what her plans were for Monday and Tuesday?  We decided that I had some time free as long as I was home on Tuesday before 5pm.  Done! 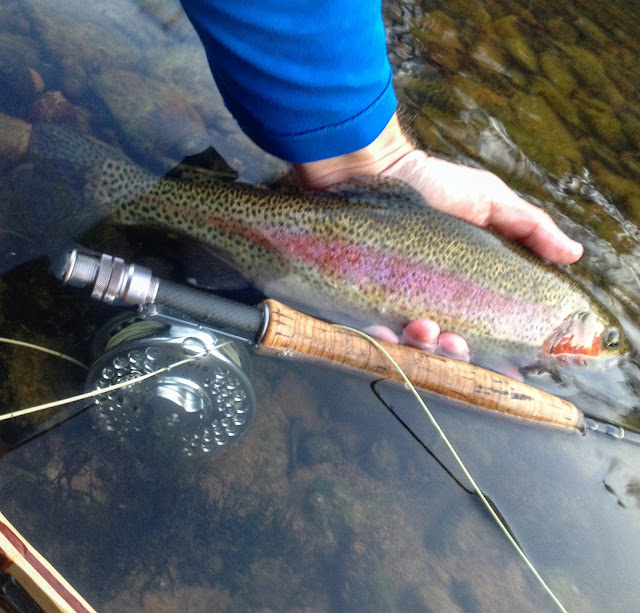 I threw some stuff in a bag, grabbed my hammock, and went to bed.  I woke up at 12 am and started driving to the Little Red bright and early Monday morning with plans to camp anywhere I could find 2 trees or sleep in my truck if needed...we have lots of trees so I wasn't concerned. 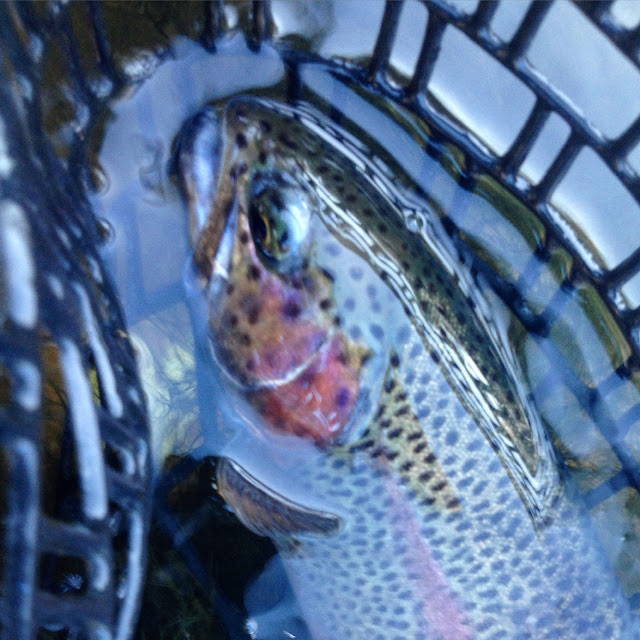 I arrived around 4 am and was on the water around 5.  I wasn't expecting the skinny water that I found.  The COE hadn't generated in a few days and the water was about as low as I have ever seen it.  I drug through every shoal and had to walk a few.  Good news was I probably wouldn't see any boat traffic (only saw a canoe on Monday).  Bad news, I like fishing moving water more than dead calm...and there wasn't much in these conditions.  I decided to basically leap frog all day from shoal to shoal hitting all the moving water I could find and skip the in between flat sections. 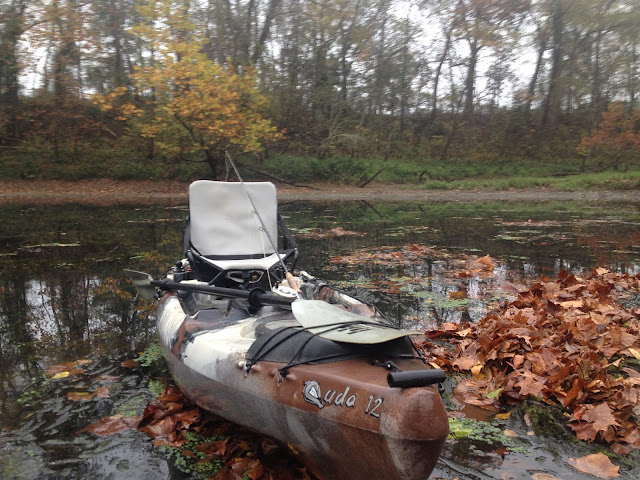 The fishing was off and on all day.  But from 3 to 6 pm...epic.  It was so good I think I could have caught a fish on the bank. 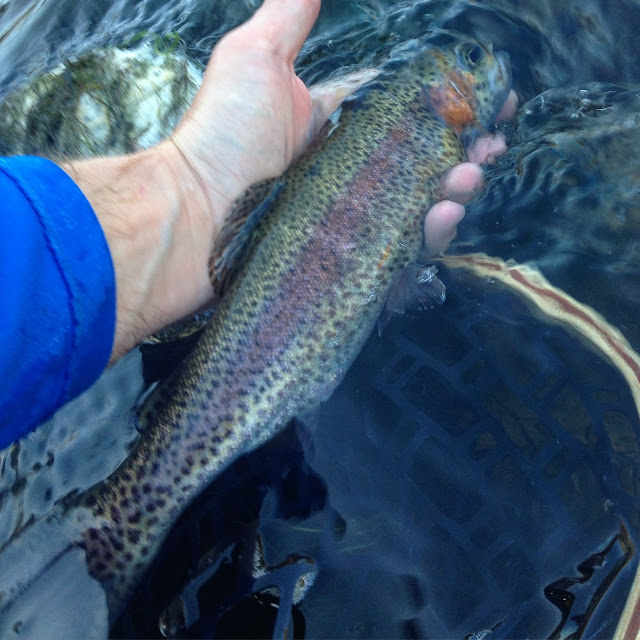 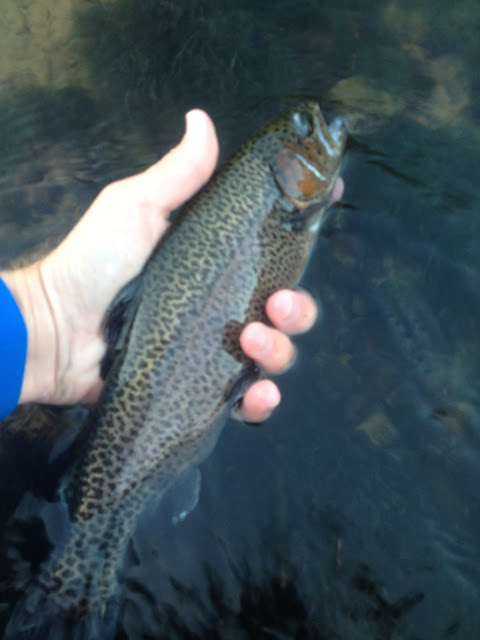 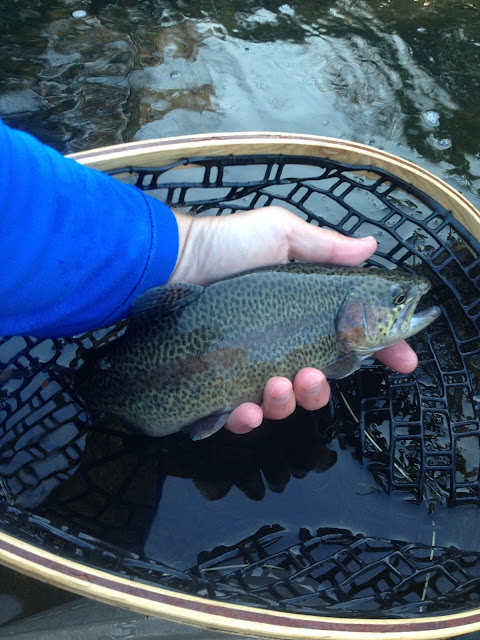 Fished until I couldn't see, no chance I was leaving that bite, and paddled out in the darkness.  Found those 2 trees I needed and was out before 9 pm.  Woke up to a heavy mist on Tuesday.  It was so thick I thought I was being waterboarded.  It was 4 am and I was excited about searching for the browns I hadn't located on Monday.  I packed up my camping gear.  5 minutes later (the beauty of hammock camping) I was rigging up my 5 and 6 wts and driving to a different section of the river.

I only had until noon on Tuesday so I skipped to a place I thought might hold some browns.  As I got close to the area I could see and hear that I had made a good decision.  Browns were jumping out of the water, waving huge "come catch me signs."  Done! 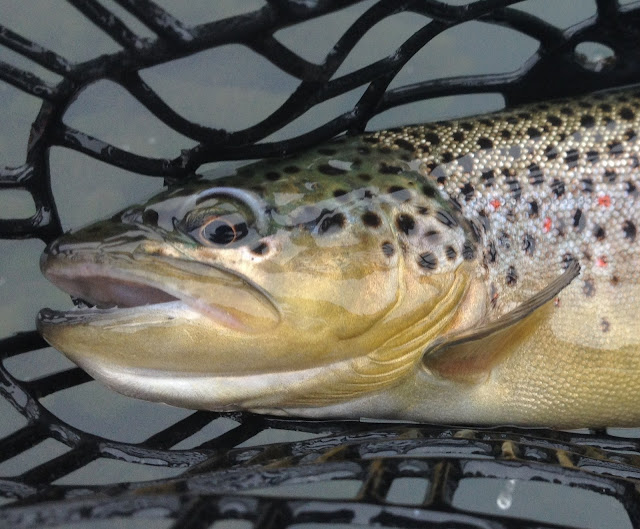 Now you're probably hoping for a awesome fishtale, but it was a day of disappointment...sort of.  I caught several browns but the big brown I stalked for an hour got the best of me.  Fly fishing from a kayak has it's up and downs...this was a down.  I got the eat, the brown went real far, real fast, jumped over a tree...not really.  But high enough to get a good view of an angry ~22" brown.  It's powerful run put the kayak in motion...but I was moving perpendicular to the run and straight at the pod of browns.  I didn't want to spook all those browns.  Time wasn't on my side.  I didn't have much time left to fish.  Certainly didn't have time to scout new areas from my kayak.  And the kayak was easing closer and closer to the other browns.  What to do.... 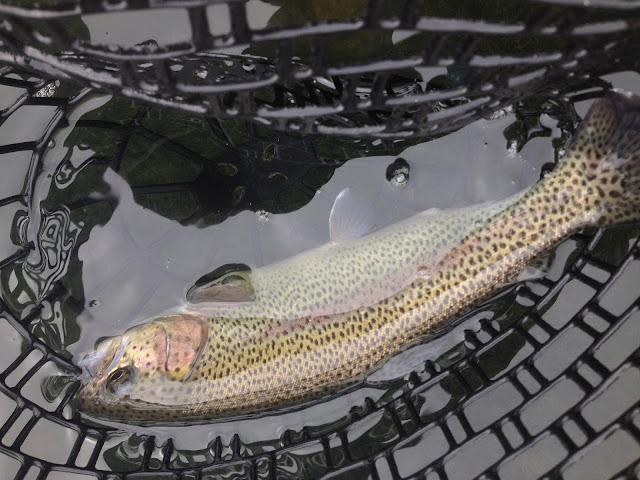 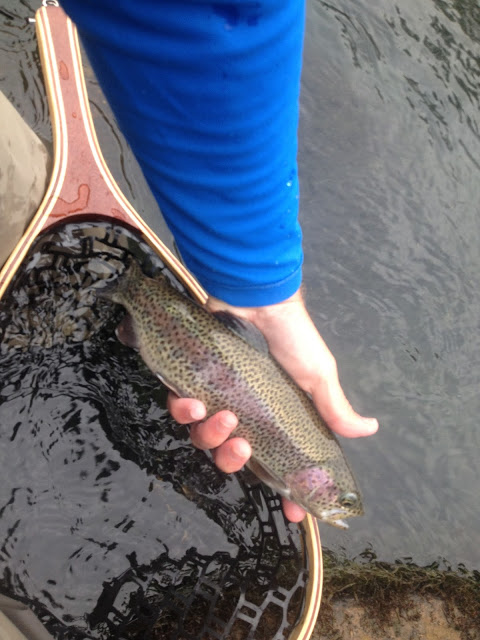 I made the decision to correct the kayaks path and maybe save the hole I had found.  I made a bad decision.  I picked the paddle up with my right hand and tried to play the fish with my left hand.  As soon as I did it ran again and I couldn't manage the line properly.  Wasn't long before I was holding a kayak paddle with my right hand and a tension free fly rod with my left. 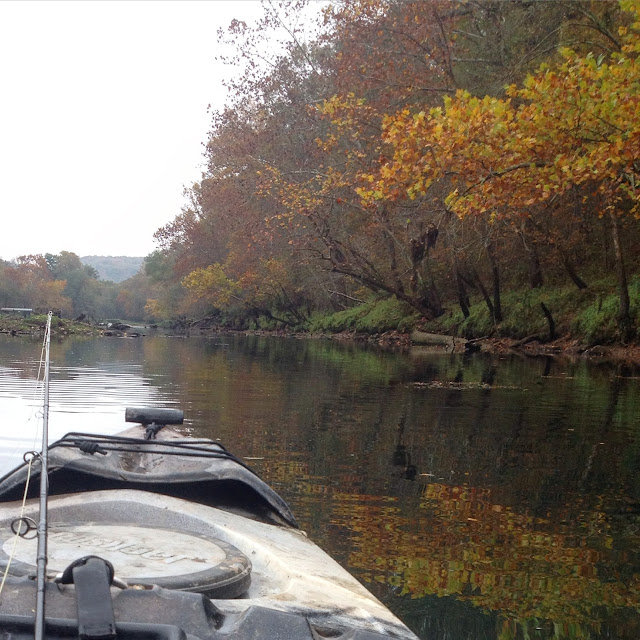 Oddly, I wasn't bitter.  Yes, the feeling was about as enjoyable as drinking spoiled milk.  But I got the eat, played a beautiful fish for a minute or 2 (seemed like a lifetime), and learned something valuable.  Don't be a dumb a$$...catch the fish you have on the line before you think about the next.  I made myself repeat that phrase over and over again on the 3.5 hour drive home.