It had been over 2 weeks since we left Bart’s hunting cabin on January 3rd.  The last week had been less than exciting, which we appreciated.  The fishing had picked up but was still hit or miss.  The weather was excellent for a change.  We had spent a few nights camping and a few days resting at a houseboat on Lake Monroe.  But now we had returned to the cabin 17 days later and still 125 miles from the end.  The thrill of adventure and the unknown gone.  As we opened the door to the cabin, the wooden picnic table caught my eye and one of our earlier conversations replayed instantly.  We were at the table eating dinner speculating on the duration of the trip.  The thought of finishing 310 miles in 20 days seemed hysterical now.  It had been an adventure of marathon proportions but we needed to go faster.  We needed to sprint to the finish line.


The extended forecast told us we had about 10 days to get this trip done before the weather changed for the worse.  We would be vulnerable during this portion of the trip.  The river was a mile wide in places and didn’t provide much shelter from the wind.  We would also be dealing with strong tides each day and tricky currents near Jacksonville, FL.  Early in the trip, there had been days when the water was so rough, we lost sight of each other during lake crossings.  Being anywhere near the shipping lanes or the inlet in bad weather was not a good idea.  We had to take advantage of the favorable conditions we were experiencing now. 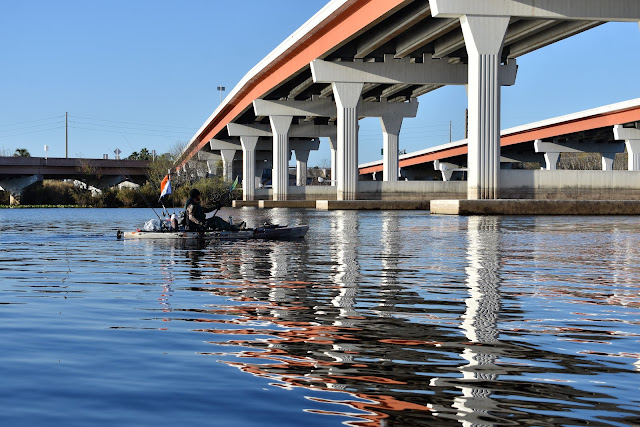 Camping wasn’t an option any longer.  The added weight of the camping gear, food and water slowed us down too much.  We spent the last night at Bart’s cabin figuring out the logistics to shuttle vehicles for the remainder of our trip.  At 9pm, Bart loaded his kayak along with most of our camping gear and drove to his home in St. Augustine, FL.  The next morning, Ben and I would meet him at the Palatka boat ramp to begin the final push to Huguenot Memorial Park outside Jacksonville, FL.

It was dark when we beached the kayaks at Shands Bridge Pier.  The 31-mile journey had taken 12 hours with a few, unexpected breaks to fish.  The daily grind left us exhausted but feeling enthusiastic about our progress.  We had covered 65 miles in 3 days.  However, the mood wasn’t optimistic.  Bart had a different expression on his face, one of concern and discomfort. 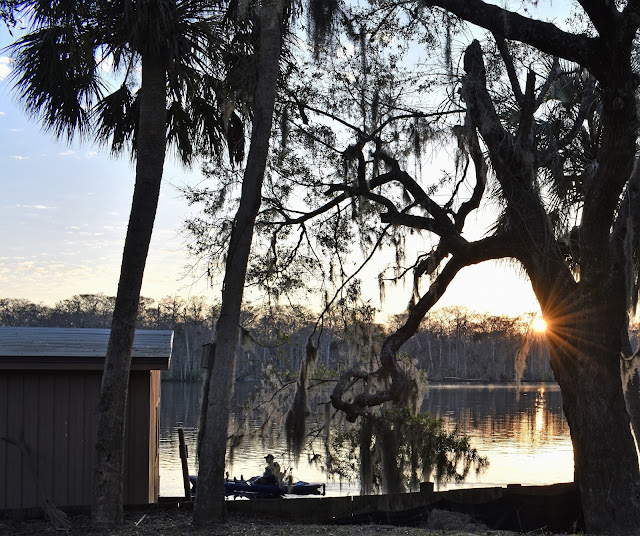 Bart’s neck was hurting the next morning but he felt like he could give it a go.  We checked the tidal charts and ran the shuttle knowing our distance from this point in the trip would be severely impacted by Bart’s ability to continue.  We parked a second vehicle at Black Creek Marina in case we couldn’t make the 15 miles planned. 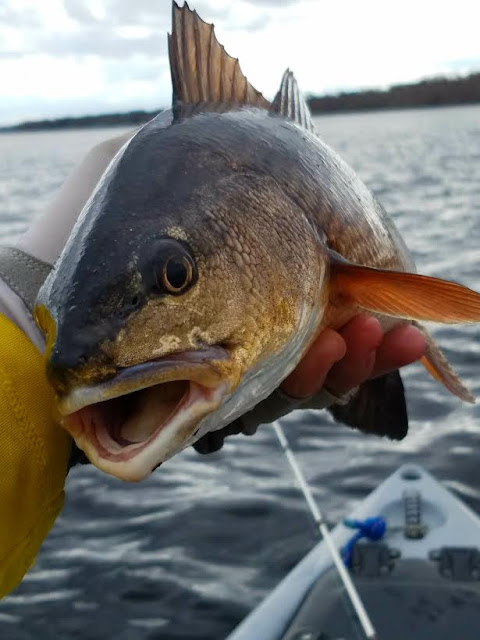 Unable to make the mileage and uncertain about the rest of the trip we pulled into Black Creek Marina just before 2pm.  Bart’s injury forced him off the water early that day and potentially ended the journey all together.  Not being from the area, we discussed different options that allowed me to finish on my own but we agreed, it was important to complete this journey together.  There was another option - Bart would have to complete the final 50 miles in his pedal kayak. 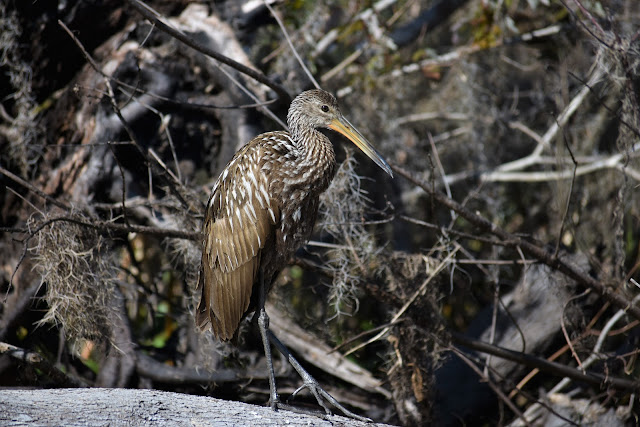 Two days past before we could get on the water again.  As forecasted, the weather was beginning to change.  The mornings started calm but each afternoon the winds would increase to 15 mph.  The Lower St Johns is very expansive after Palatka, FL and the resulting wind-blown seas can get treacherous.

It happened in a matter of 15 minutes, maybe less.  We had covered 7 miles using the many boat docks to avoid the North winds when it went completely calm.  Our planned exit for the day was on the east bank, but we had launched on the west bank.  The idea was to move up the west side and cross the river where it was the narrowest.  We didn’t make it.  The winds shifted from the east and the resulting seas made it impossible to continue or cross.  #LakeWashingtoneffect was intense but it was nothing like the swells coming from the starboard side.  We got permission to make an emergency exit at a private landing.  They asked us not to mention them or their location. 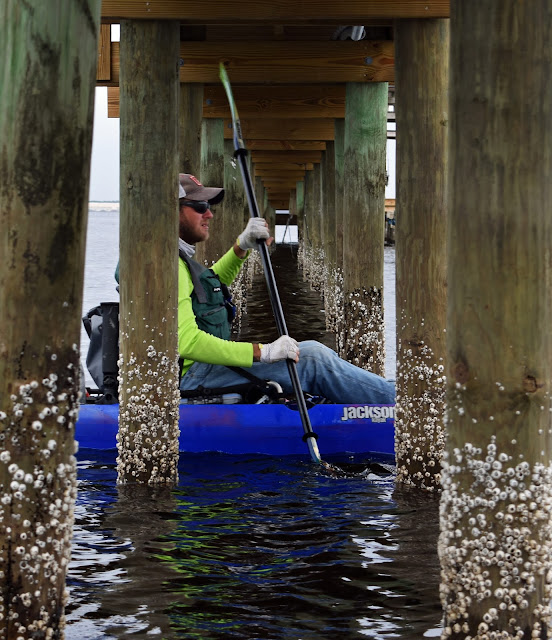 The next morning, we crossed the river and got on the east side before the winds made it impossible.  Again, we had plan “A” and plan “B”.  The first was to make it to Goodbys boat ramp.  If we made it there and felt good, we would run another shuttle.  However, we would need permission from a property owner because the next public launch was 15 miles away.  Well, the second part of the plan wasn’t a solid option.   The day ended at Goodbys.  Only 30 miles remained between us and our goal of kayaking the entire St Johns River.


Downtown Jacksonville was a fun ride.  We dodged the bridge pilings and ran under the various trestles.  The current from the falling tide was really strong.  It would push and pull the kayak in a way that reminded me of a plane landing on a runway with the sudden shimmy and shake that makes you grip the seat a little tighter. 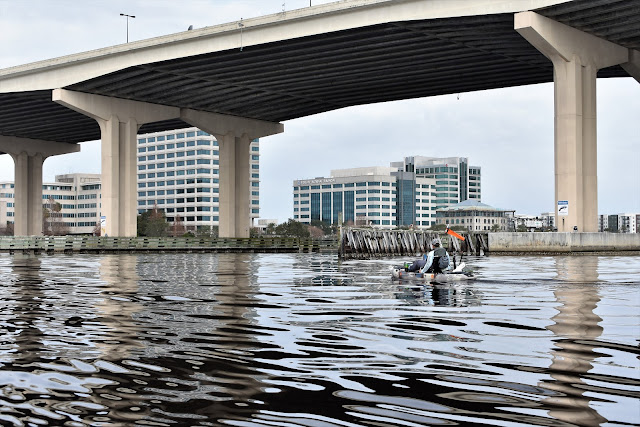 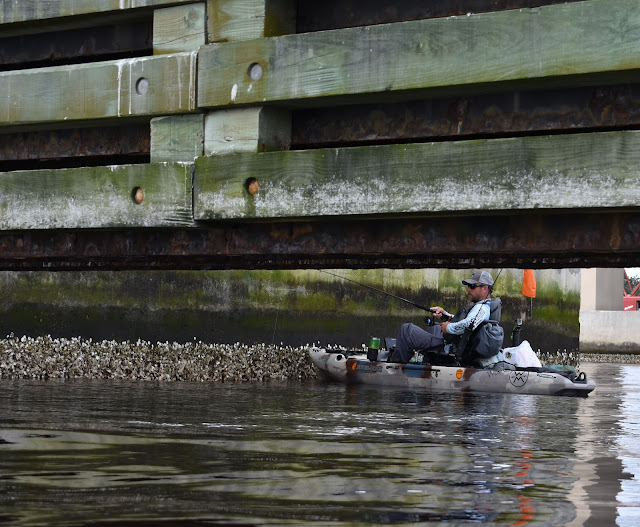 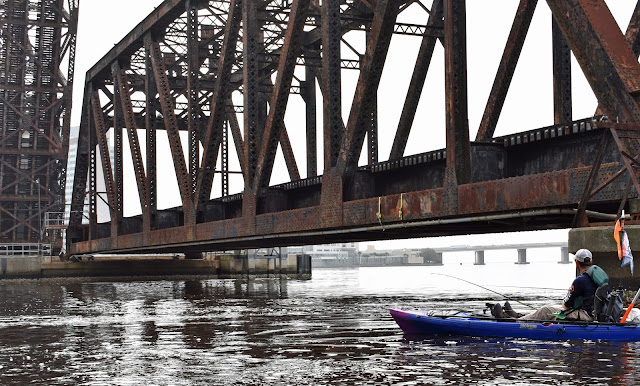 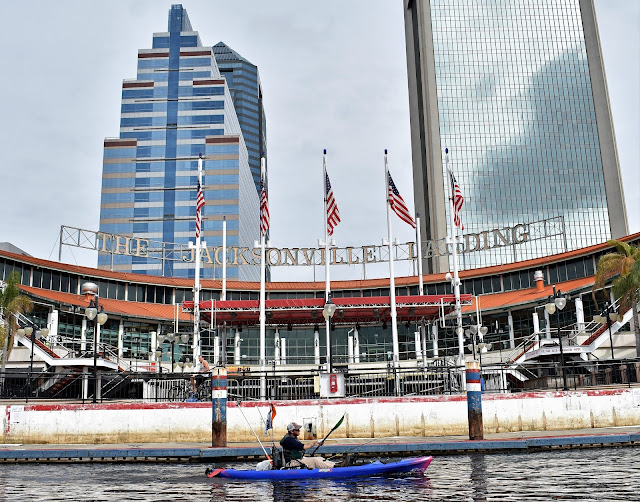 The landscape changed one last time after Jacksonville marking our final approach.  Cargo ships and military vessels were on both sides of the St Johns River.  Once the steady drone of airboats was endless but now the buzz of helicopters repeatedly circled overhead.  My mind started to drift and recall things previously forgotten.  I couldn’t help but laugh at the time Ben screamed out as an alligator exploded beside his kayak or the morning he spilled boiling water on his tent before anyone had a cup of coffee.  It’s funny now but on those freezing mornings, Bart refused to get out of his tent until someone filled his mug with warm coffee. 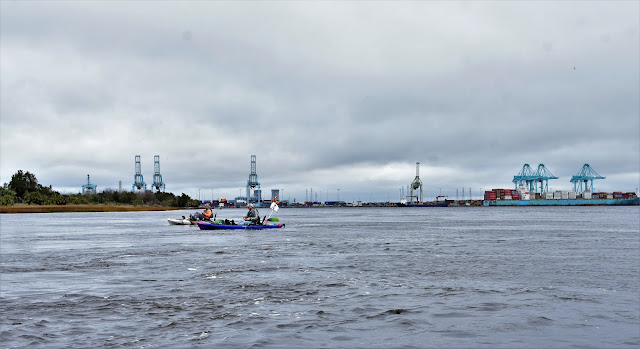 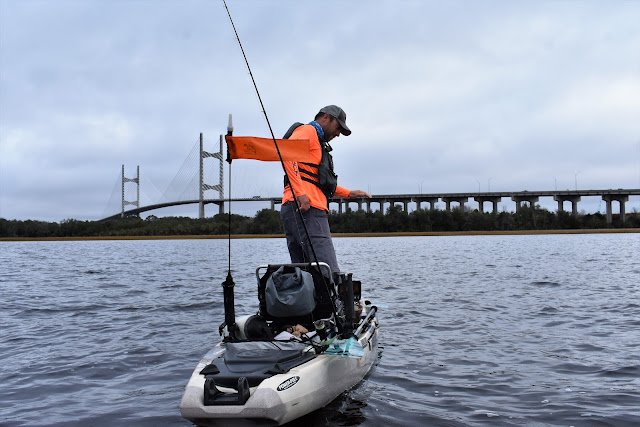 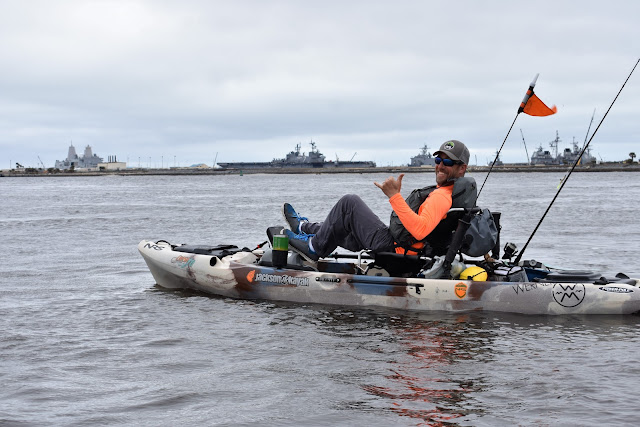 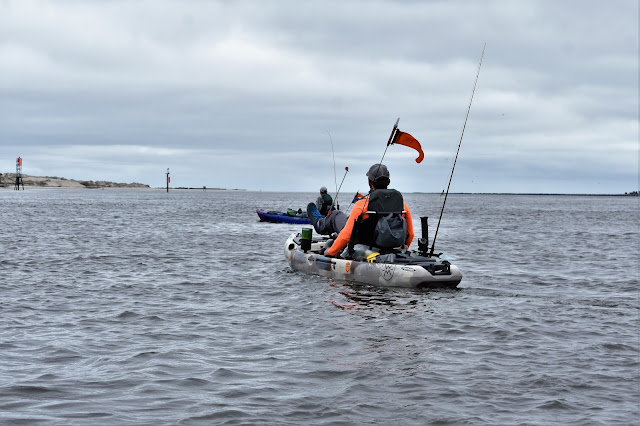 Then there was the day we had to stop and reload Bart’s kayak in Lake Monroe because it was listing to the port side badly.  There was so much to be thankful for as we hit the beach for the last time, but mostly I’m thankful to have shared this experience with two friends who will remind me of all the things I did that made them laugh and the great memories we shared. 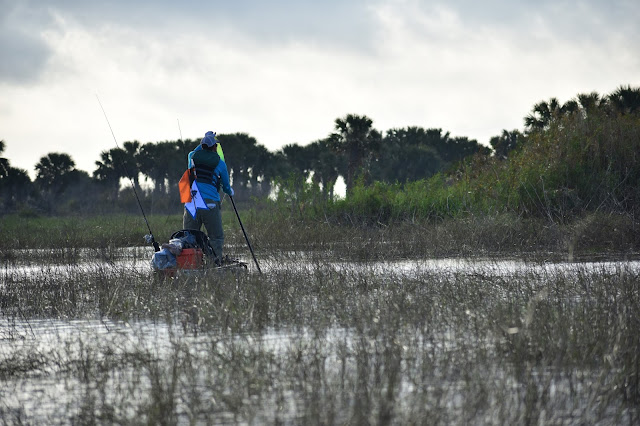 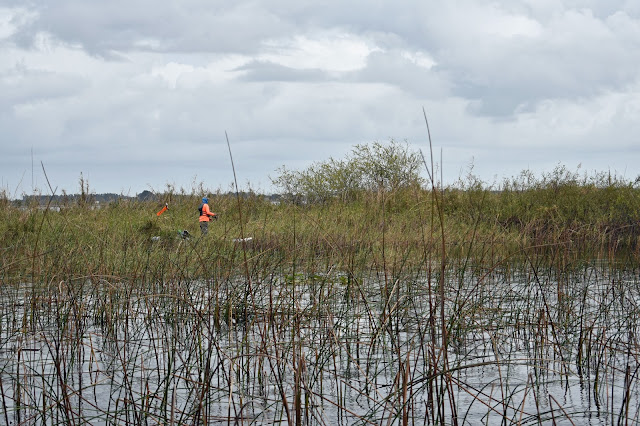