Last weekend some friends invited me to the Little Red River.  They only had room in their boat for three dudes and a giant cooler of beer.  So the plan was for me to start up river on Saturday morning and float down to them in my kayak.  We'd meet for lunch and fish the afternoon together.  If you know me, you can see where this is going... 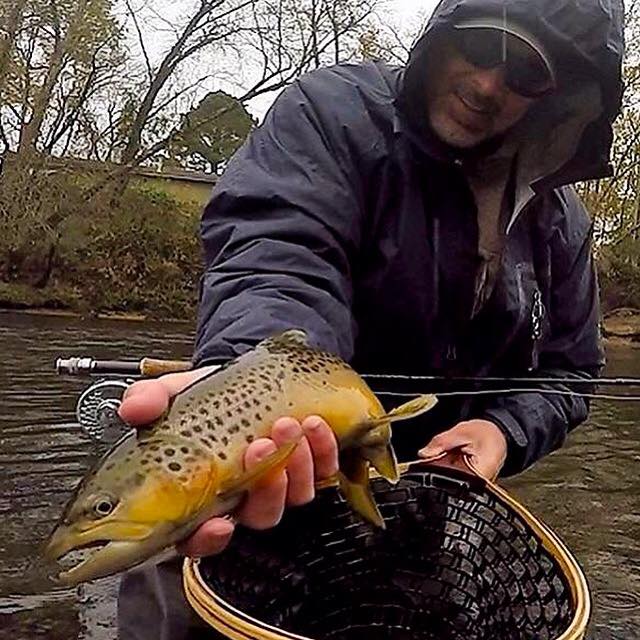 When I got on the water and started fishing I knew I was going to detour from the plan.  But these guys know me well enough and being fishbums themselves understand that plans are just a good idea not meant to be taken seriously.  That's my understanding anyway. 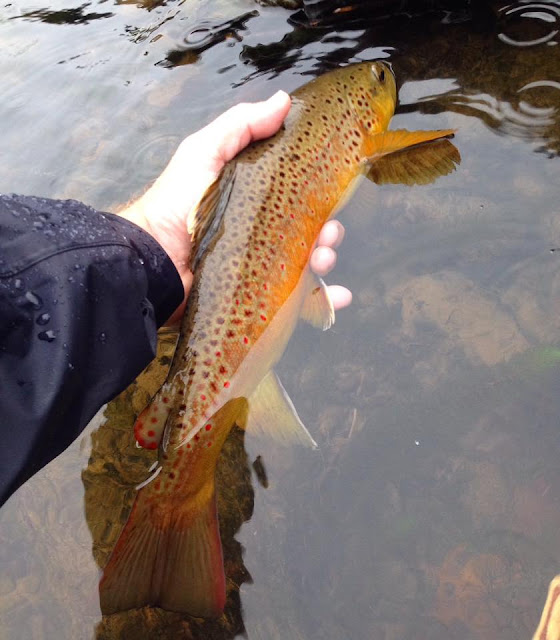 On the 3rd drift, I hooked and landed this beautiful bow.  A guy fishing near me was kind enough to snap a picture.  I spent 20 minutes with it and watched it swim away strong.  If my day had ended right then, I would have been good with it. 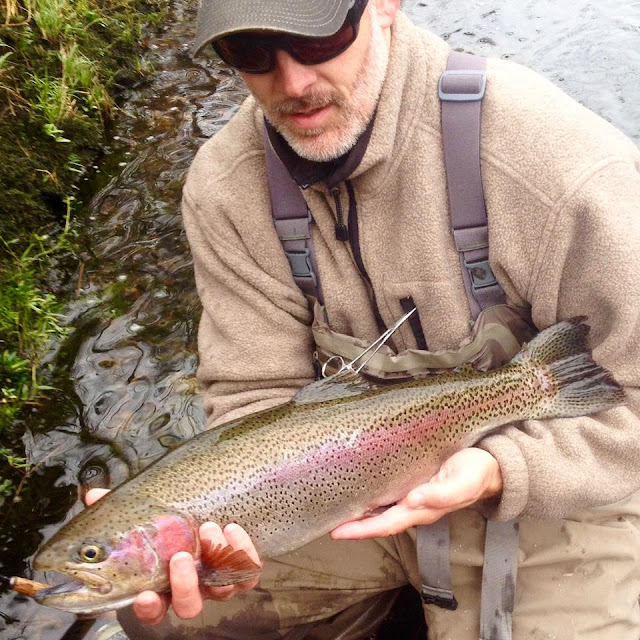 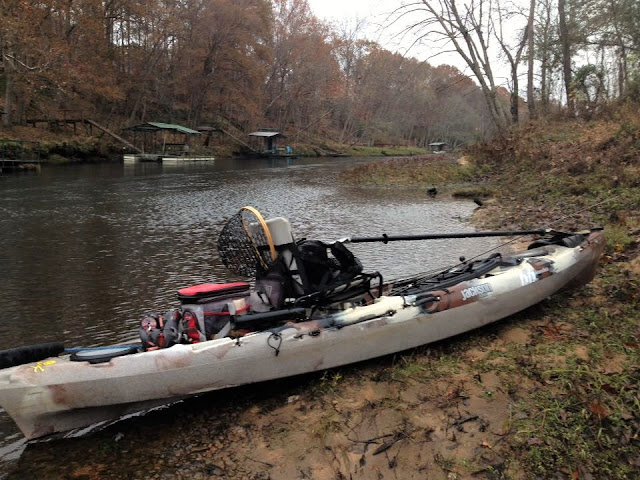 The area was starting to attract some attention and became a little too crowded for me.  I prefer to fish without an audience.  I decided get in my kayak and find some new water.  I had only planned on fishing through the next area quickly and moving closer to the meet up.   Looking back, I realize that was where I took a wrong turn.  The first brown caused me to miss my exit.  I should have made a u-turn and got back on track.  However, I failed to notice it because a second brown was steering me down a new road.  When you're really lost, there's a point that you stop caring and say "Oh well (or different word), I'm taking the scenic route today."  That's where I was when the third brown ate.  The day got away from me here. 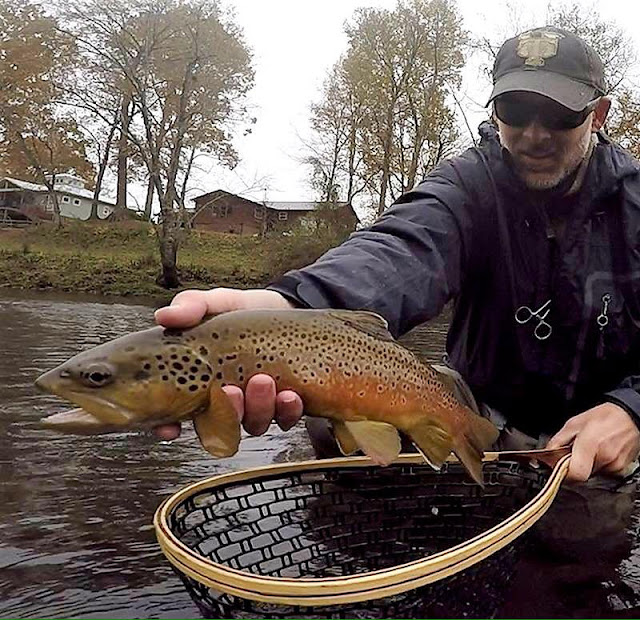 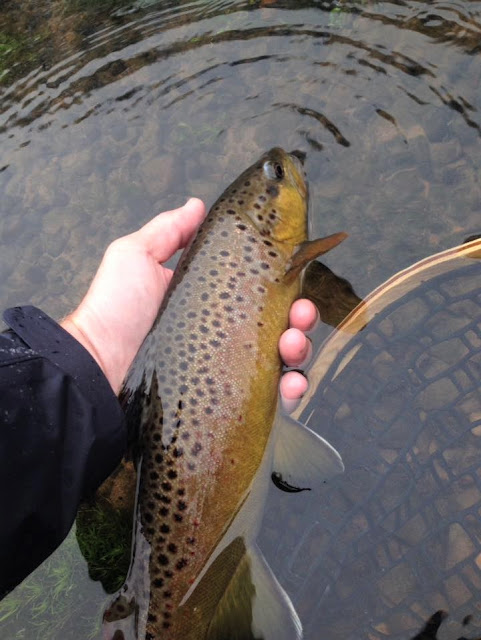 I had good intentions but the fish kept distracting me.  I'd be ready to leave and then I'd get an eat.  It was like they knew I was suppose to be somewhere else.  Not every eat resulted in a brown caught but seeing those wild browns scream across the river and leap into the air re-set my internal timer and led me in a different direction. 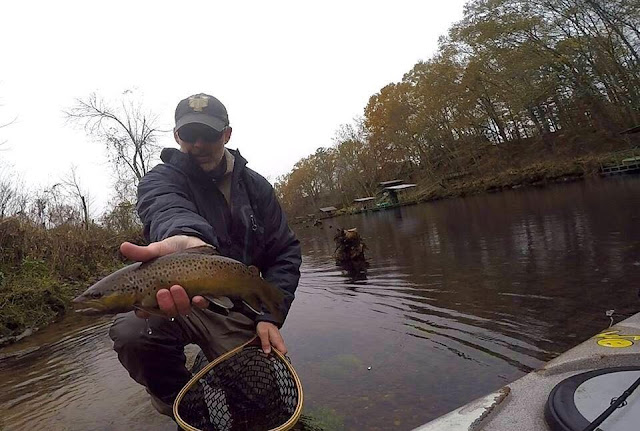 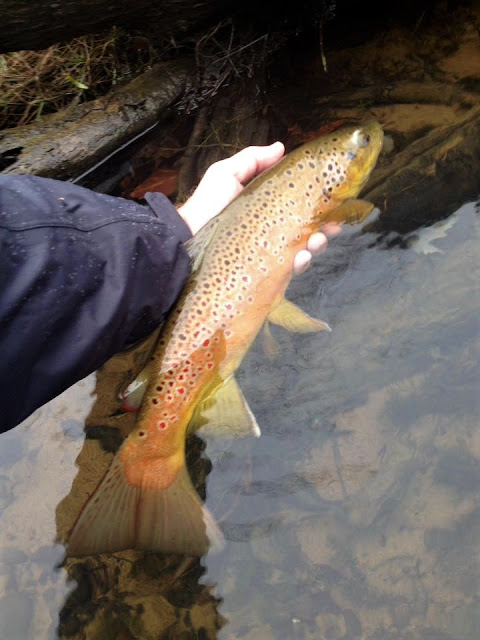 I tried to call and check-in but I ended up taking photos of trout instead.  Hours passed before I realized how off schedule I was.  The rainy, overcast conditions helped hide the progression of the day.  Before I knew it, it was completely lost in Brown Town. 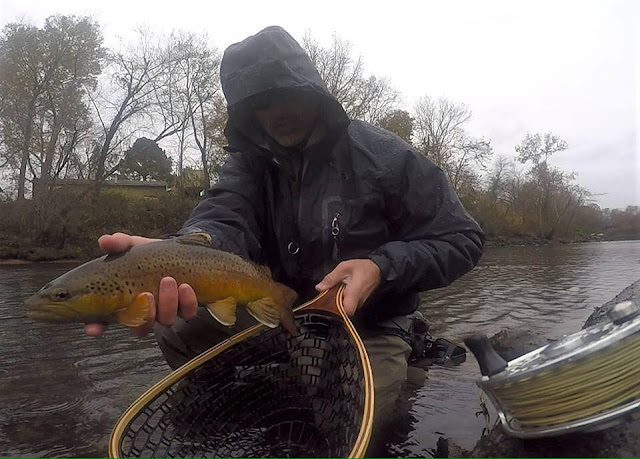 The next day my buddies let me in the boat and we fished until lunch.  I guess the boat will hold 4 occasionally or they didn't want me getting lost again.