Colorado by Morning - A camping and fly fishing trip

It would be a 15 hour day and I'd be driving it solo this year.  While the thought of driving that long hurt my brain, it meant I would be able to hit the forest service roads before the sun rose and potentially have camp set-up early mornig.  This would give me enough time to hike out for a few hours and get some fishing in before the thunderstorms started at noon. 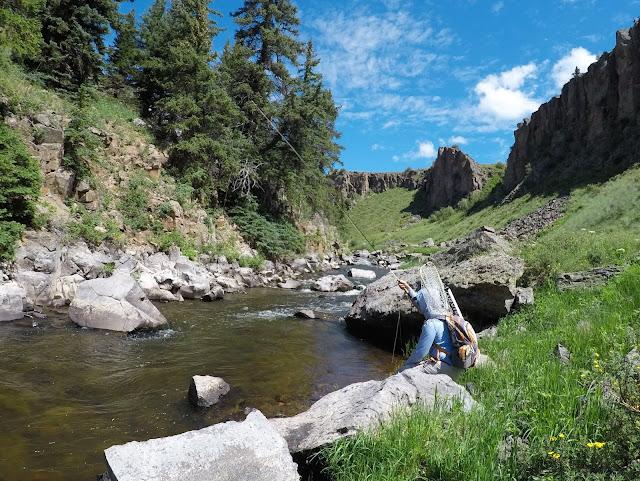 You would think after driving that distance falling to sleep would be easy.  However the excitement of camping in the mountains and browns eating attractor dry flies kept me up way too late.  My thoughts centered around my supplies, gear, and everything else I needed before I checked off the grid for the next few days. 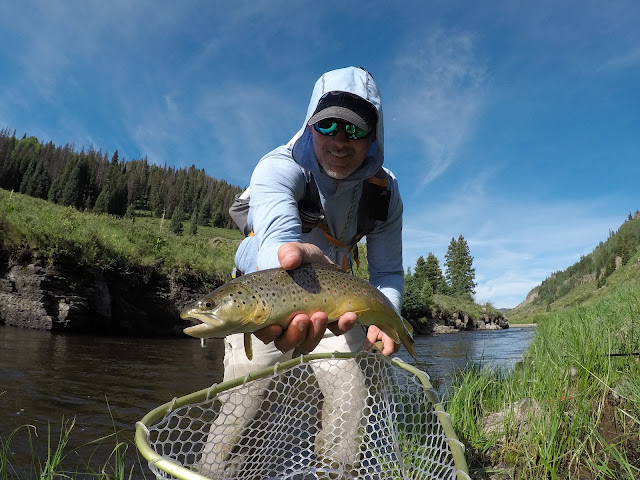 Three hours later I was looking across the valley.  This would be my home for the next several days.  Not a sole in sight.  The only sounds were from the river making its way down the mountain and the wind whispering to the trees. 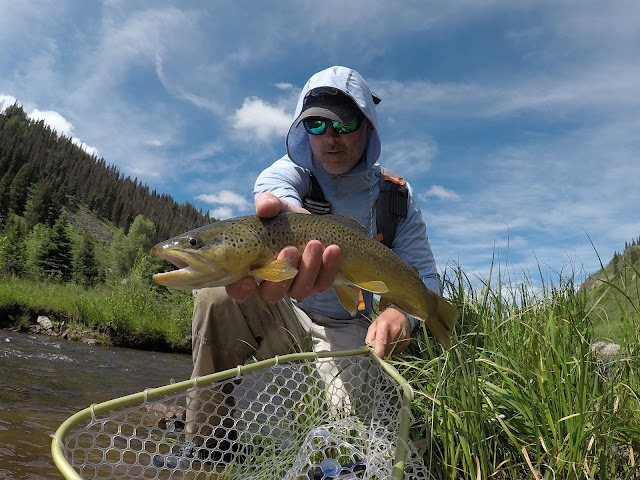 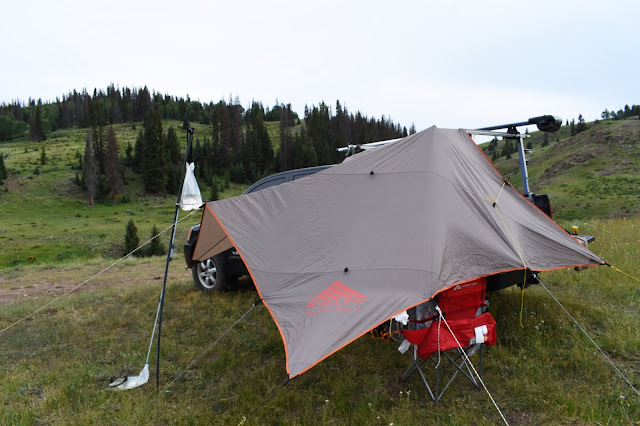 The first afternoon was nearly exceptional.  Fish were holding in all the expected spots and rose eagerly to my offerings.  I didn't venture very far the first afternoon.  Thunderstorms were forecast to begin at 1pm.  If you weren't headed back when they started, it meant walking out with lightening crashing all around.  I learned that lesson last year and would not repeat it again this year. 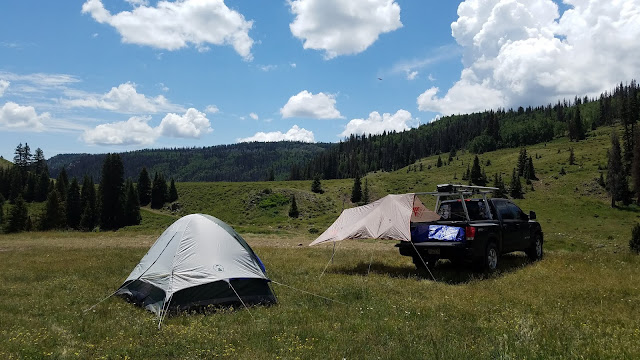 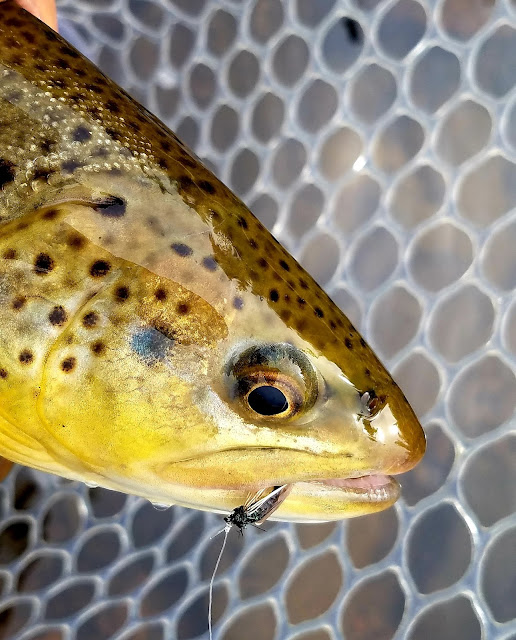 As expected, the clouds started to build around lunch signaling my departure.  I made it back to camp just as the wind picked up and the rain crashed down.  I made lunch and enjoyed a beer under the cover of the rain fly.  Being surrounded on all sides by mountains there wasn't any real way to know how long it would last.  The cell phone was only good for capturing pictures out here.  A few hours passed before the rain stopped.  Another 30 minutes before the sun came out.  The temperature dropped 30 degrees putting a much appreciated chill in the air.  The excitement of ending the day throwing dry flies to rising trout was brief.  No worries, it had been a great morning and I could use some rest. 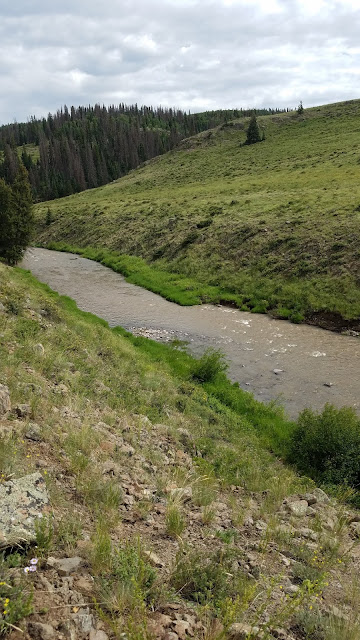 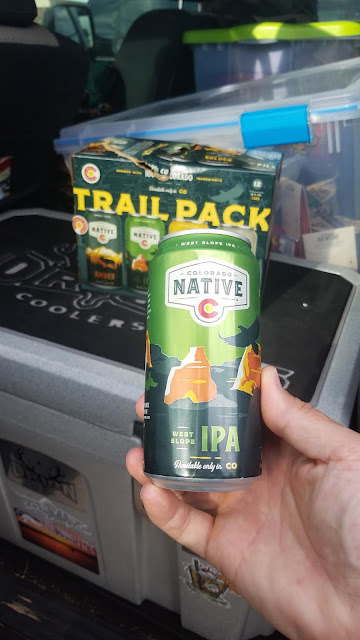 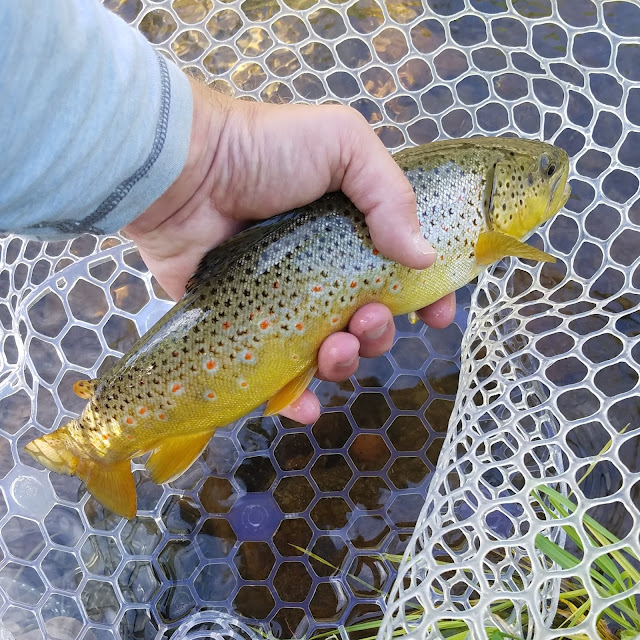 Realizing that each afternoon would be shortened by several hours, I set my alarm for 5 am each morning.  The time it takes to make breakfast, coffee and pack for the afternoon is considerably shortened when you're solo adventuring.  The next few days were filled with browns in the morning and rain in the afternoon.  Four days went by quickly but it was time to relocate to another area, which would take the better part of the morning.  Again, leaving me with just a few hours to fish. 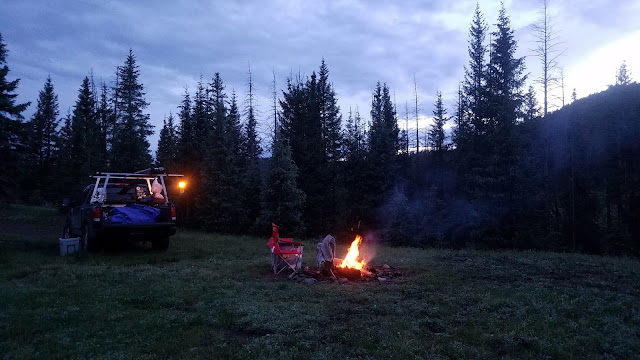 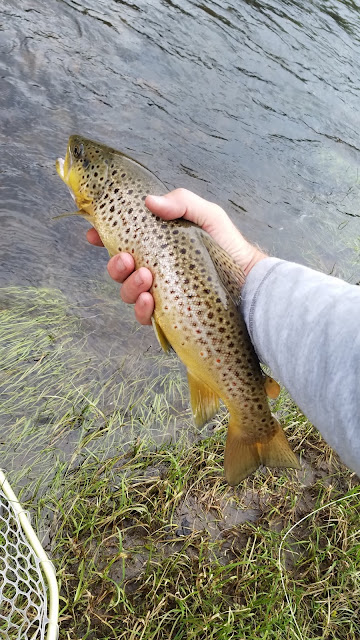 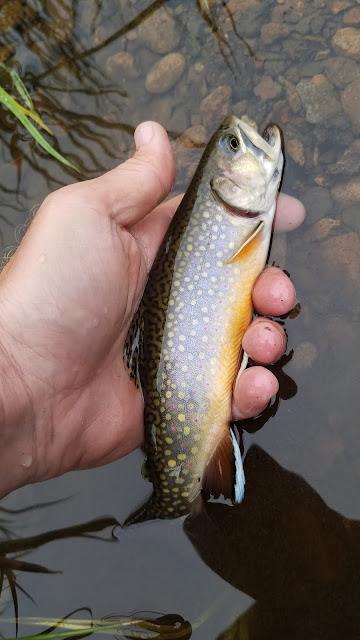 From my new camp I had access to several streams and lakes.  But the weather would dictate which day I would visit each.  I stayed close on the days with a greater chance of storms but luck was on my side for a few.  Later in the week, the percentages and timing allowed me to hike out a little further. 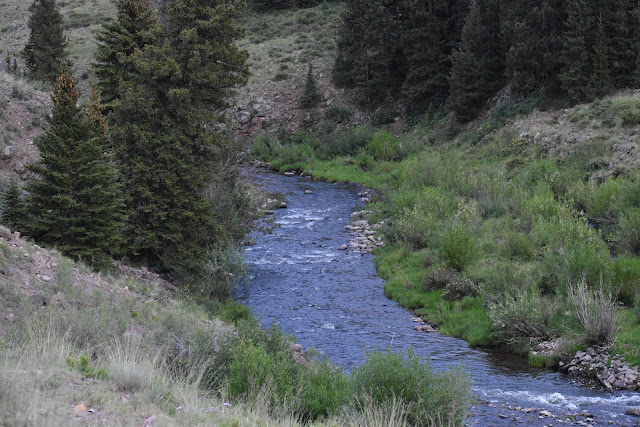 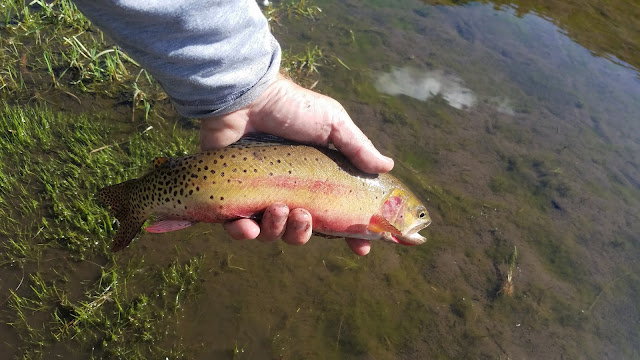 This was the only day I actually ran into another person.  We stopped and talked for a minute.  Not wanting to jump ahead of him or fish behind him, I stopped and had lunch.  Giving him 30 minutes to get up a little further. 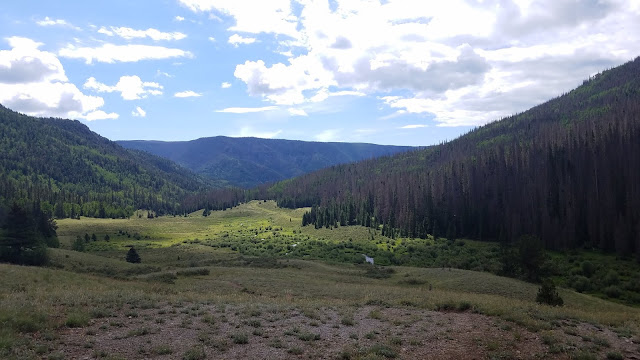 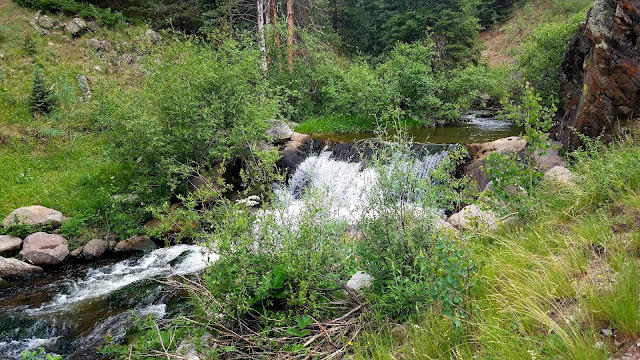 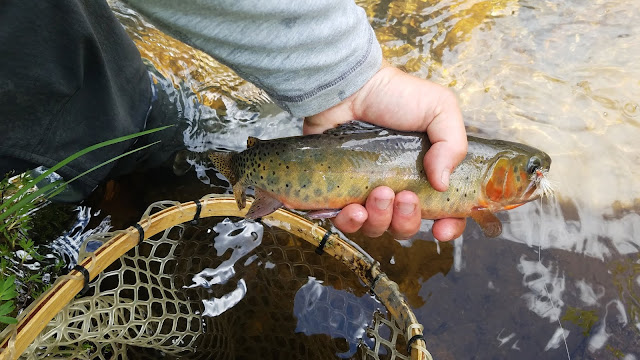 It was my last afternoon in Colorado and I was hopeful the weather would hold off.  But like every day before, it started to build in the afternoon.  I could hear the thunder in the distance rolling through the valley.  I stepped on to the trail and started to hike out when I saw the guy from earlier.  The storms had been really brutal and knowing he had just gotten here I made my way over to relay the information before hitting the trail hard.  My truck was in sight when the weather went south quick.  The winds gust to 30 mph, the rain was blinding and lightning was coming down all over.  After 30 minutes, I knew I had to start driving back to Arkansas and hoped that dude made it out ok. 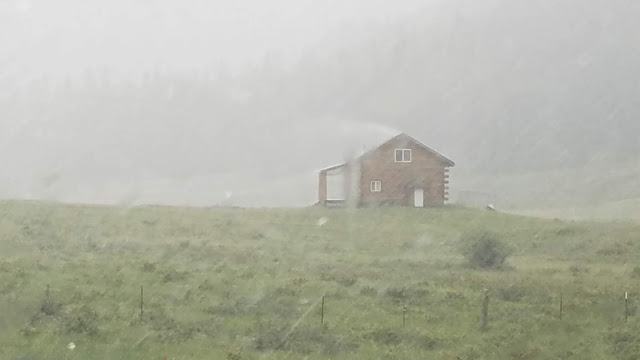