How to Catch Grass Carp on the FLY! (video)

You guys have been asking for this for a while.  I've written a post or two (Click to read) describing what I look for and some of the mistakes I made when I started but I felt like a video would actually show what I'm talking about.  So here you go, this is part 1 of a 2 part series.  In part 2, I'll go over the flies I use and when I use them.  Hope this helps some of you put a few in the net.


As always, this will play better if you open it in the YouTube viewer.

Posted by looknfishy at 9:58 AM No comments:


It was three miles to the lake.  A trail along the creek led to and from our goal of catching native Rio Grande Cutthroat trout.  All we had to do was follow the trail.  We didn’t follow the trail.  We did what guys do and improvised.  I like to call it “blazing our own path.”  It wasn’t long before we knew we needed to find the trail.  If we continued on our journey, it would have been off a cliff, which concluded with a 50-foot fall.  If we went any further there would be blood, pain, and absolutely a broken fly rod. 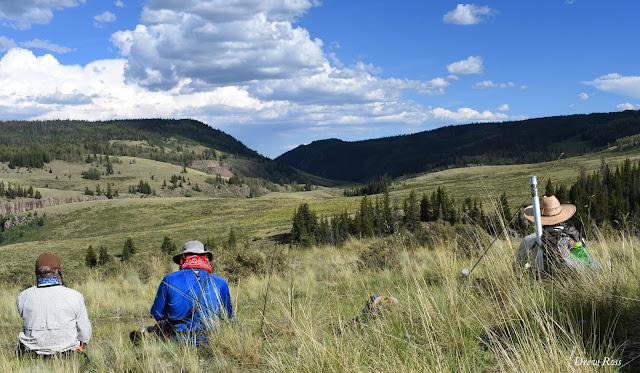 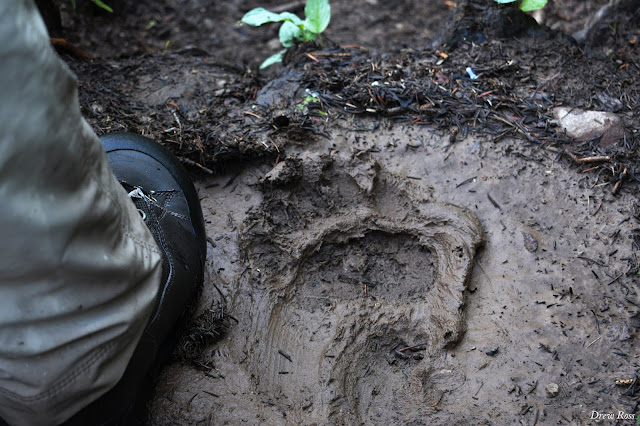 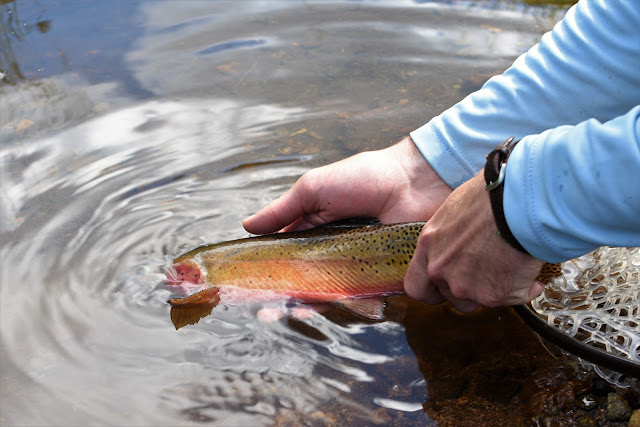 We found the lake and it indeed held plenty of natives.  It was a great afternoon that ended too quickly.  Suddenly, a rumble grabbed our attention.  In the mountains, such rumbles echo for a few seconds longer as they bounce off the cliffs.  This allows the situation to really sink in.  The clouds were getting darker and building but the mountains masked them until they were on top of us. 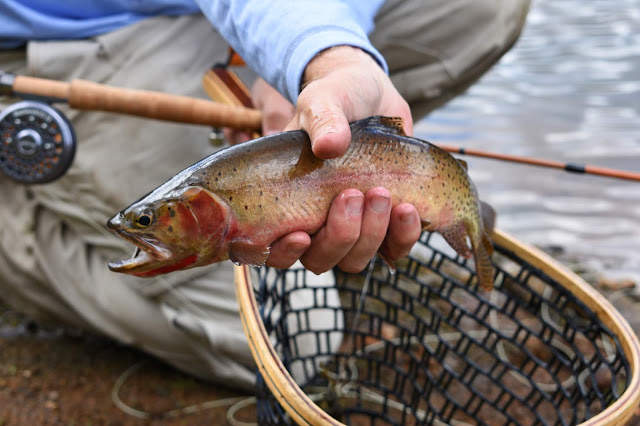 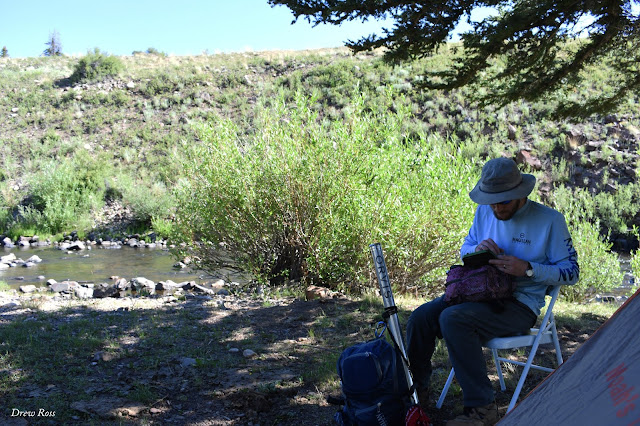 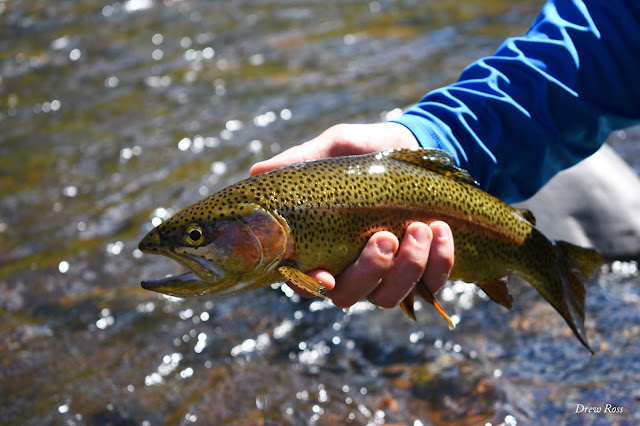 We had been in Colorado three days and each afternoon were greeted with Thunderstorms.  It was these storms that made our trip possible.  A few weeks prior the Rio Grande National Forest was closed due to the Spring Creek fire, the 3rd largest wildfire in Colorado history.  Our wives reminded us of this as we left because they had no clue where we would be over the next week. In honesty, I had no clue either.  I had just gotten back from the Wisconsin Driftless area.  I was just happy to be on another fly fishing road trip. 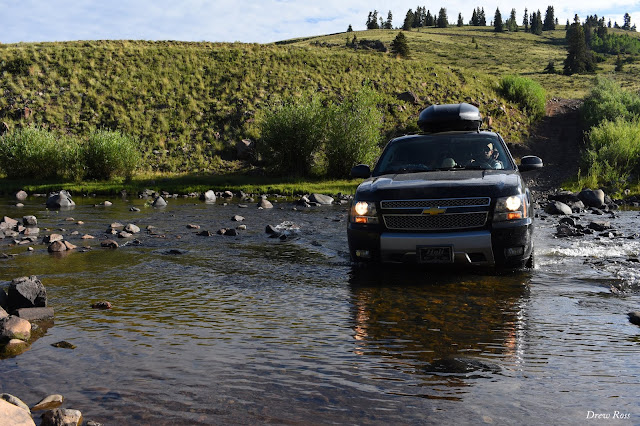 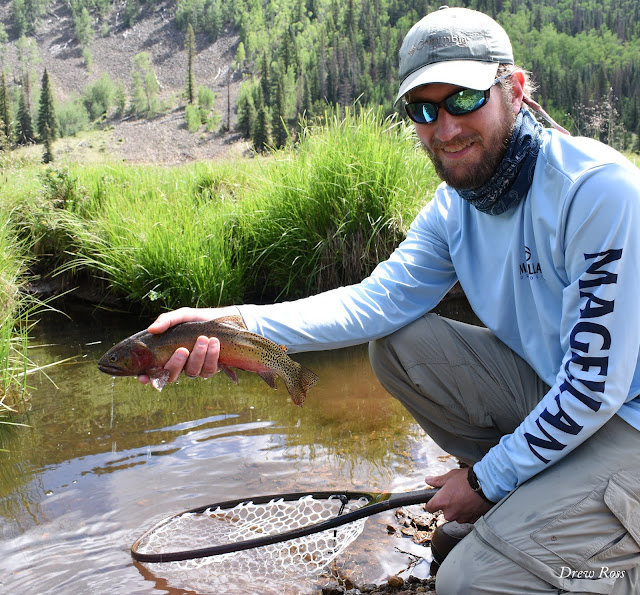 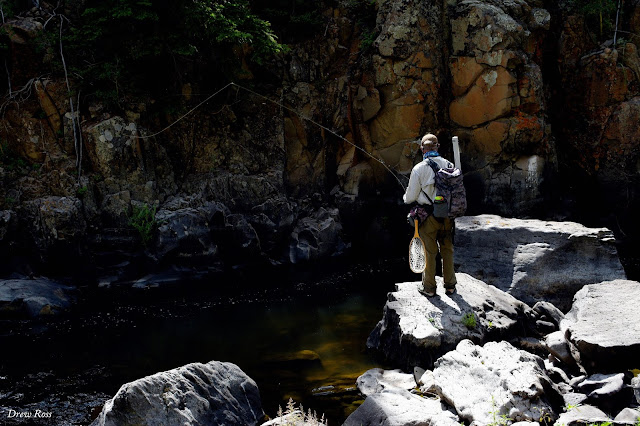 Now I was wondering how long it would take us to get back to the vehicle.  We all had the same though, fish the creek leading to the lake on the way out and catch a few more cutty's.  Yeah that was probably a bad idea. The first thing I ran into was, what we all considered bear scat.  I had never seen any in person but every door in the area had signs warning of black bears so we just assumed that’s what it was.  Whatever left this gift did it while we were at the lake.  It wasn’t on the trail that morning. 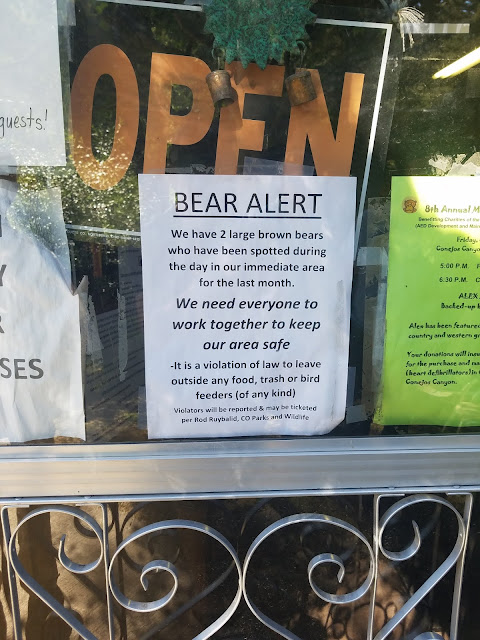 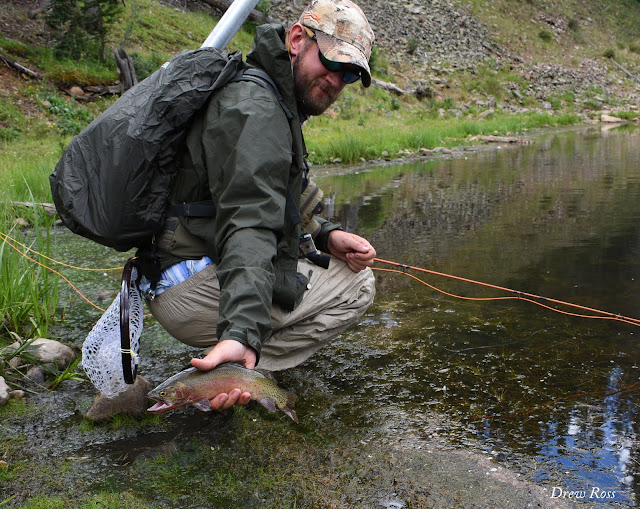 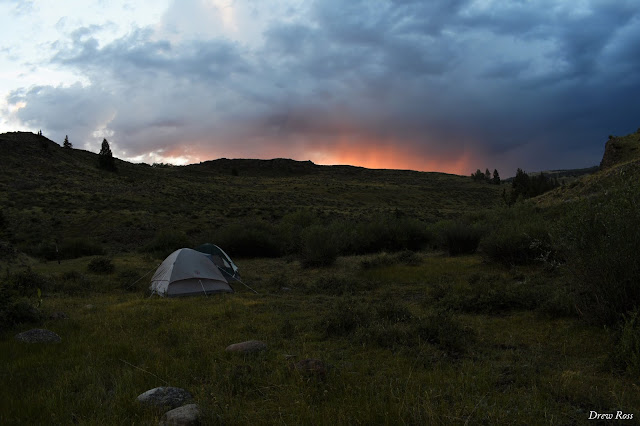 Then the sky started to flash and you could feel the buzz of lightening in the air.  At 10,000 feet you are actually in it!  The booming thunder shook the trees.  Thankfully the vehicle was in sight.  We threw our stuff in and got moving down the mountain just when the hail started to fall.  Then Brad said, “you’re not going to believe this, we’re about to have a flat.”  The tire sensor was saying, “the mountain ate your tire bro.” 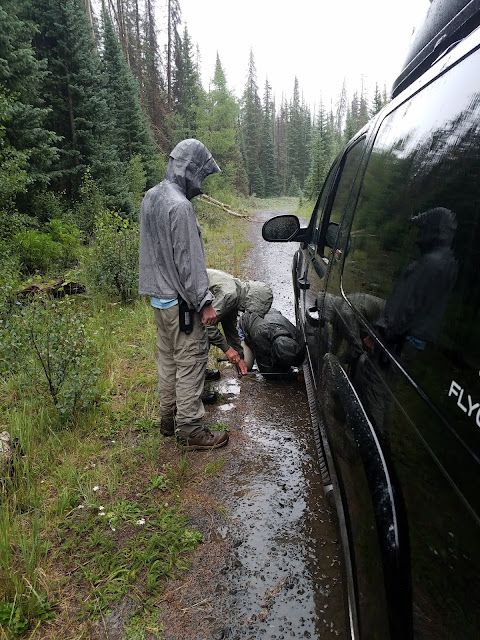 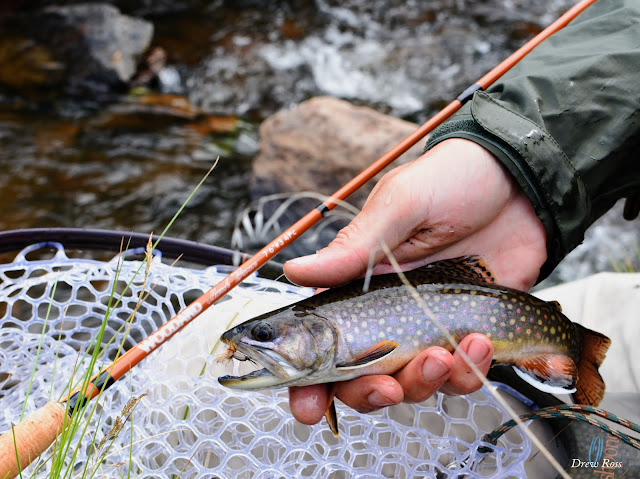 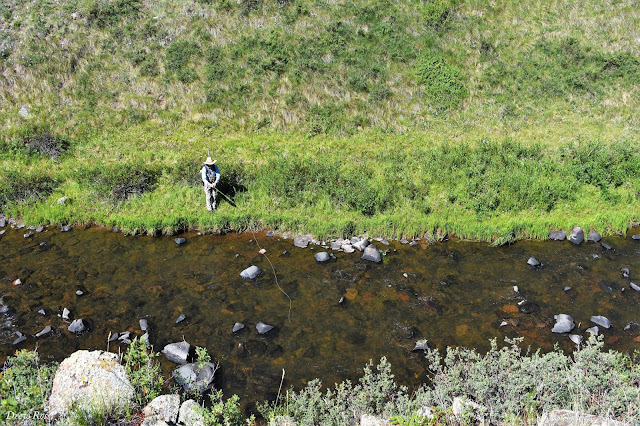 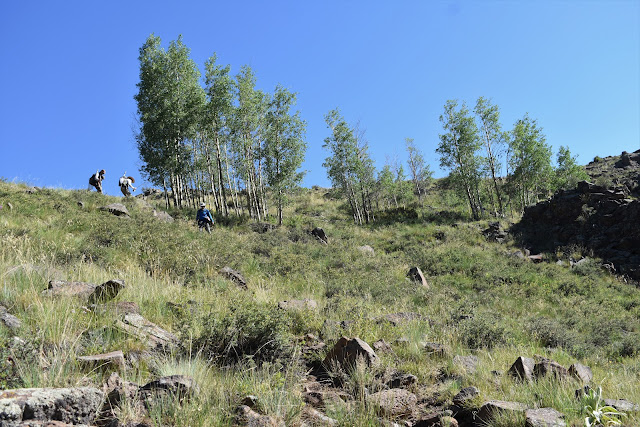 In reality, the sensor was misinformed.  As Brad opened the door, the hiss of air was immediate, which was expected.  What none of us expected was, “we’re going to have two flats.”  Both tires on the driver side had been eaten by the mountain.  No worries we have a spare and some fix-a-flat.  We sprang to action like a NASCAR pit crew.  Then the fix-a-flat lost its mind.  Rather than spraying its magic solution into the tire it just oozed all over itself.  It was 7 years old…dude replace the can every few years.  The only thing left was to break out the air pump and fill the tire up every 15 minutes as we limped back to camp. 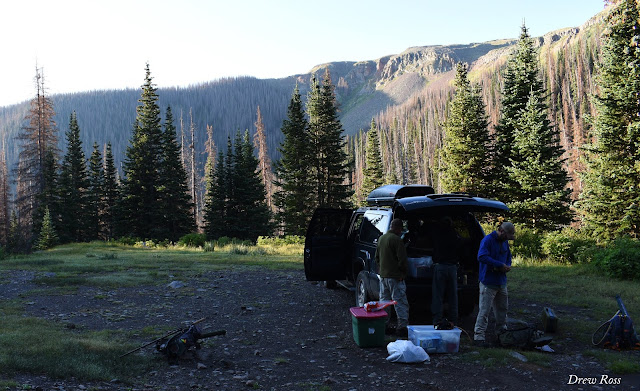 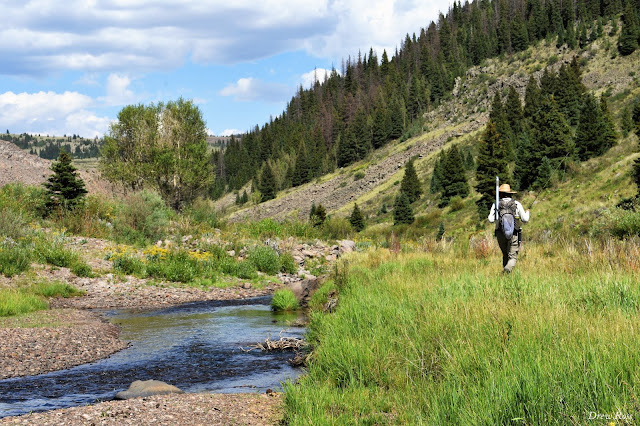 26 days later we arrived back at the dispersed camping area along the Conejos river.  For the first time in a few days, I was thankful to see people walking near our camp.  We all jumped up and flash mobbed them as they passed our camp.  It went like this and I have no idea who said what or in what order.  “how was the, did you sit through the, been down there long, we got caught on the, fix-a-flat.”  We waited for their response.  They offered us the broken net they found on the trail. 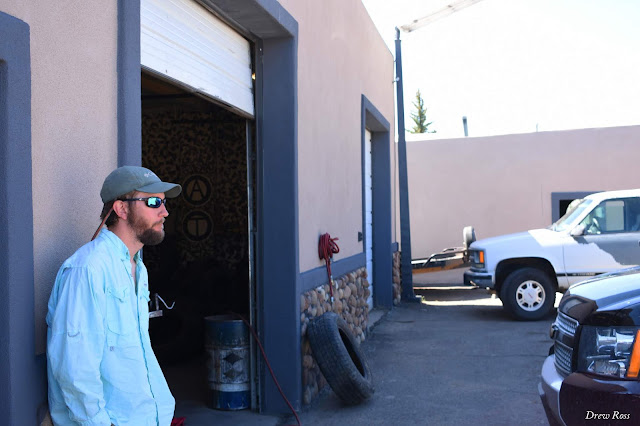 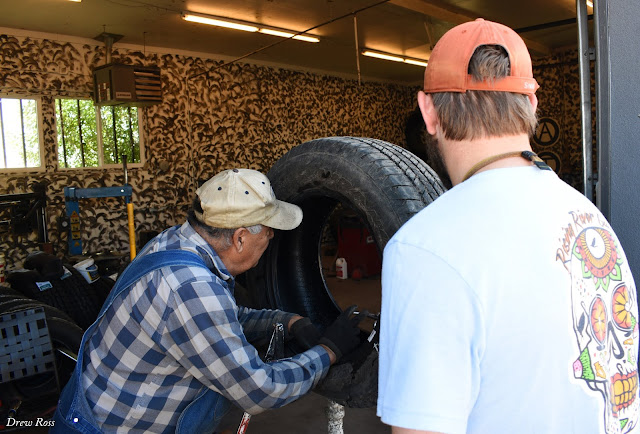 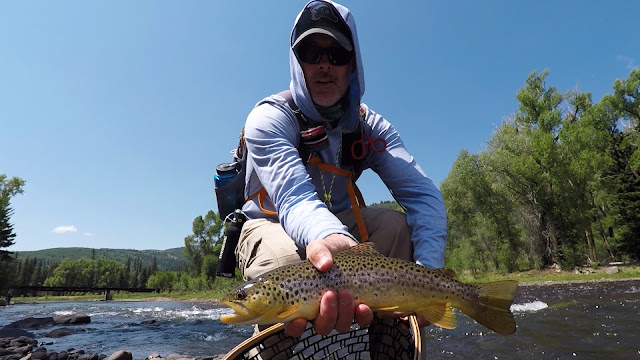 The next morning, we woke up bright and early expecting to spend the day hobbling to Antonito to get the tires fixed.   We hadn’t even made it out of camp before the psi started dropping quickly.  It was going to be a long day.  Then the two guys from the night before were standing in the road waving us down.  With big smiles on their faces and something that looked like a can of “you just saved our vacation” in their hands.  Score, you guys rock, lets go fish!
The Video from the trip...

Photo Dump from the rest of the trip.  Read the captions! 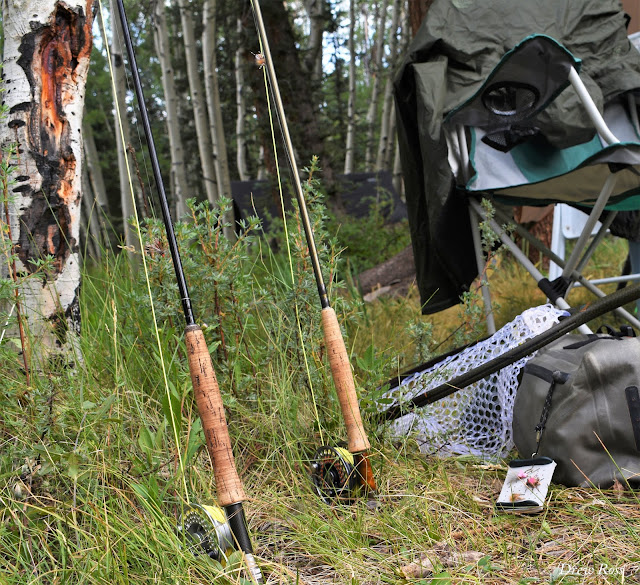 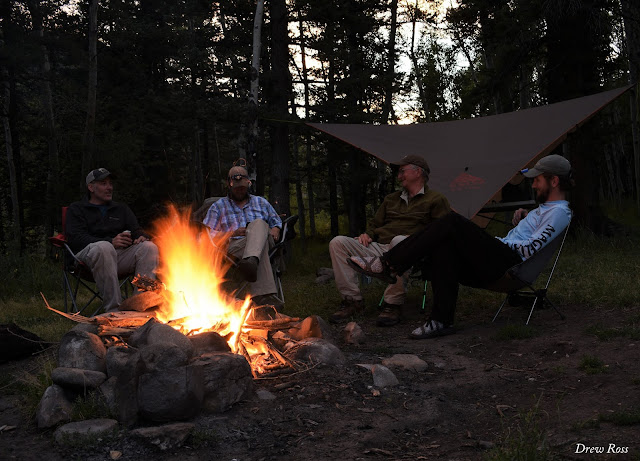 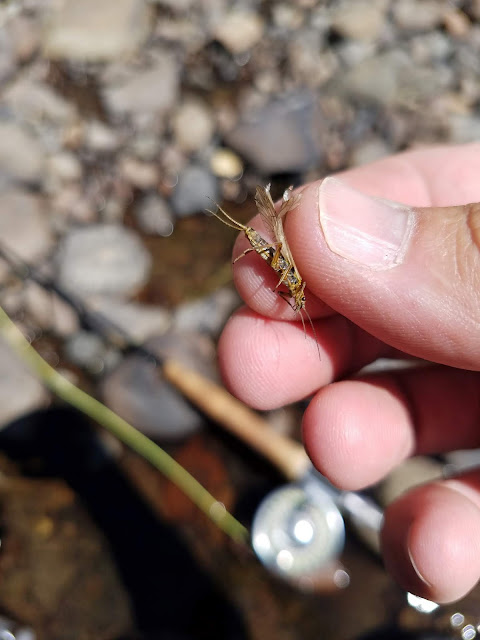 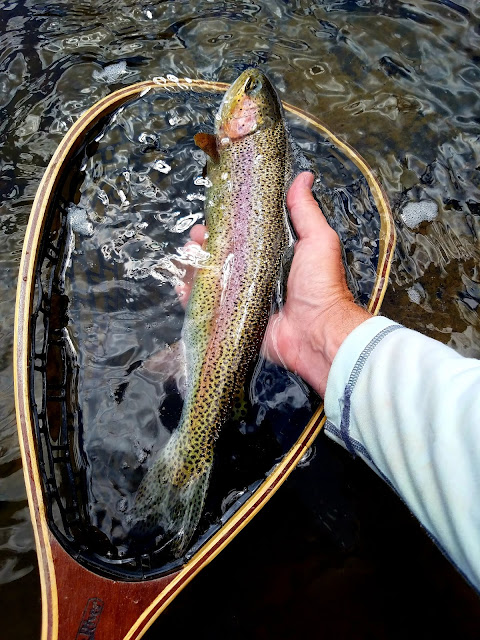 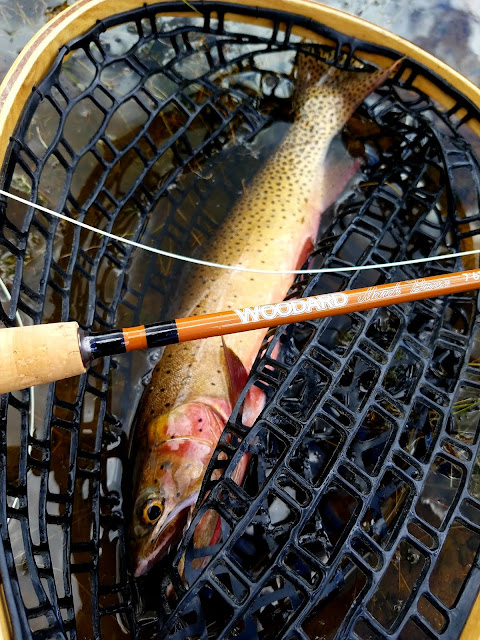