Driving across the rugged landscape, DW our Shuttle driver from Amistad Expeditions, detailed his quickest turn around.  He hadn't made it out of the North SNA when he got a call from a park ranger to turn around and come get the guys he had just put on the river.  The ranger happened to be at Dolan Falls when he watched a kayak go over the falls slamming its occupant against the rocks.  This was the warning we received; don't trespass, don't be a victim, don't be someone else's problem, and take care of yourself on the river.  There's no one coming to save you.  If you exit the river, it better be a "life or death" event. 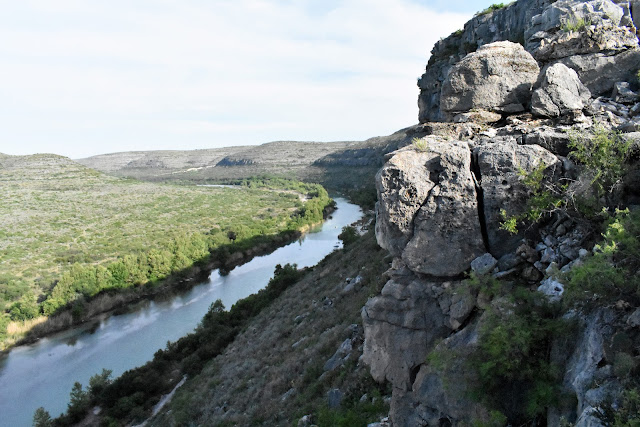 Looking down at the river from the side of the cliff, I could see how such an accident could easily occur.  My first impressions of this place I had been dreaming about for two years was one of natural beauty that intoxicates, no seduces you, but holds no such feeling for those that choose to tempt the Devils.  I was about to tempt it with three guys I had met the night before. 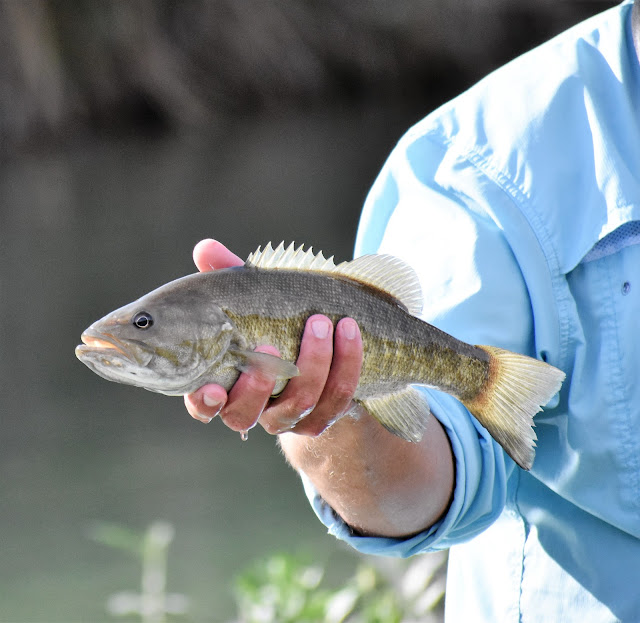 The first few hours felt more like a dream than reality.  Nothing I had seen accurately portrayed how imposing the landscape was.  The bluffs towered over us from every direction and seemed to never end.  Dotted with cactus and other inhospitable vegetation, it was an intimidating sight.  In contrast, the river was the most vivid and inviting turquoise blue color.  It was cool to the touch and refreshing to drink.  The adventure was about to get real. 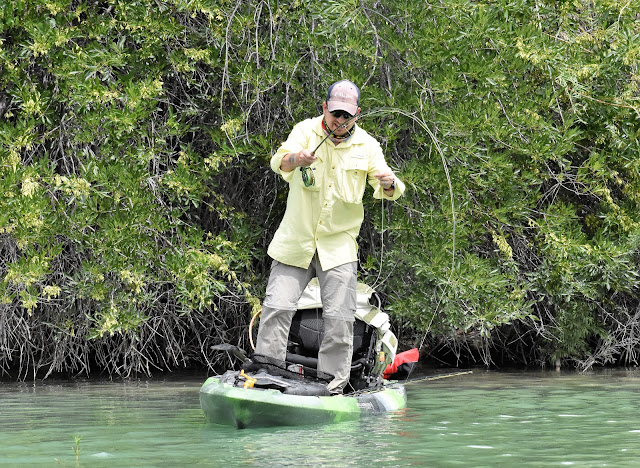 The roar of Dolan Falls woke me to the first formidable obstacle of the trip.  A 10-foot waterfall that had to be portaged.  Nick and James made the drop first followed by Dave and me.  Initially, I was worried about the dynamics of the group.  This trip would require patience and a high level of teamwork.  Both were on display and executed flawlessly at the falls.  I knew the trip was going to be a great one when Dave decided to do a backflip off the ledge. 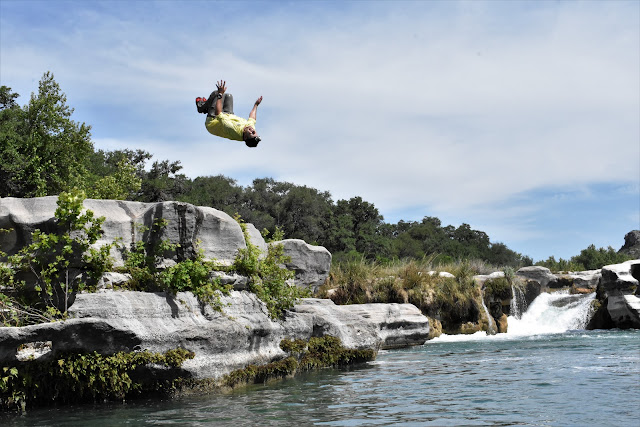 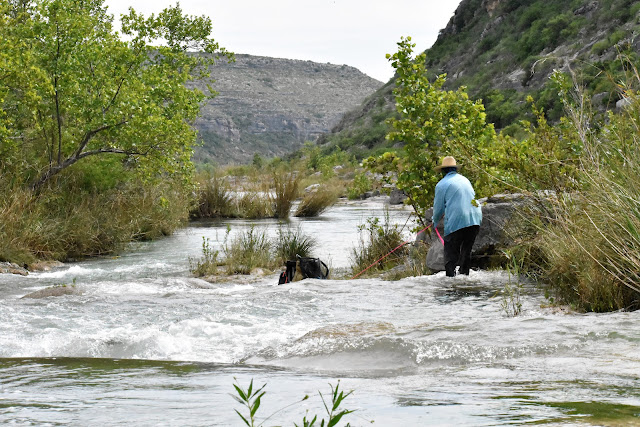 The rest of the day was spent running the various rapids, fishing and portaging the shallow areas.  Like everything else on the Devils the portages weren't easy.  Some required dragging your kayak 50 yards or more.  Others required getting in and out of your kayak every few feet negotiating the catacomb like ledges.  We didn't fully appreciate the impact of the portaging until the sun was starting to set.  We were still over a mile from camp with two rapids to run and only 1.5 hours of daylight remaining. 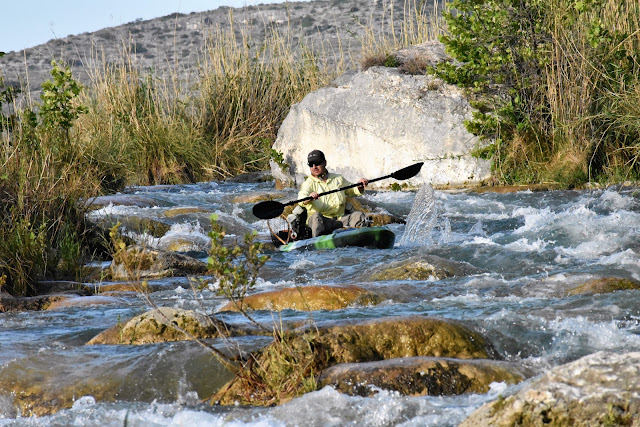 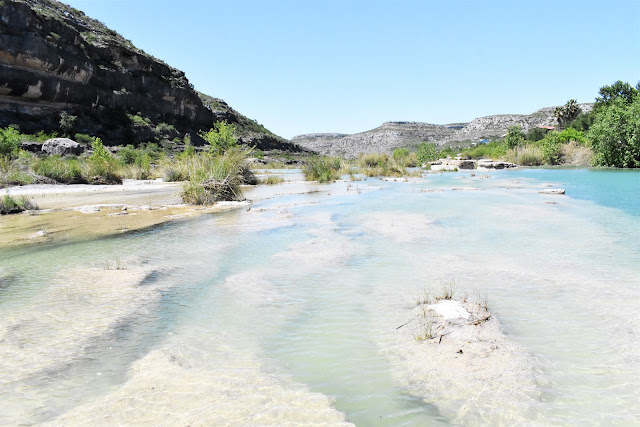 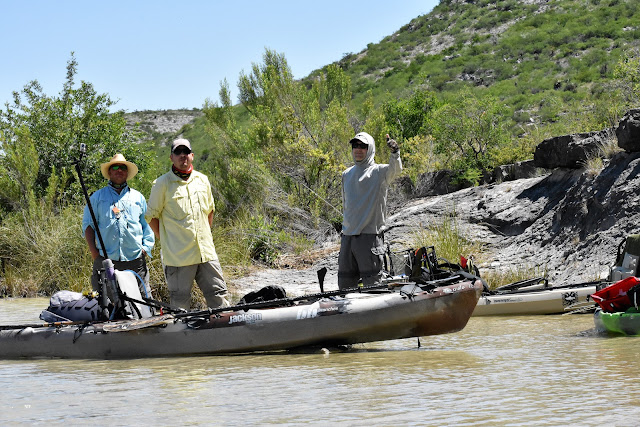 We pulled into camp and got set-up with 30 minutes to spare.  With hammocks strung from the trees, we started to boil water for our dehydrated meals.  Nick began to talk about the gourmet cuisine he had eaten on his last trip with Reel Fly Adventures two weeks prior.  Everyone's thinking about steak, when I read the label on my MRE,  "Chana Marsala".  How did that get here?  It should read "Chicken Marsala".  From the label, an Indian curry dish with chilies and rice from the Punjab region of India.  Nope, that's not going to work.  I felt like the Punjab region of India might be digestive disaster waiting to happen and I only had three WAG bags.  Decided to pack it out and save it for another trip. 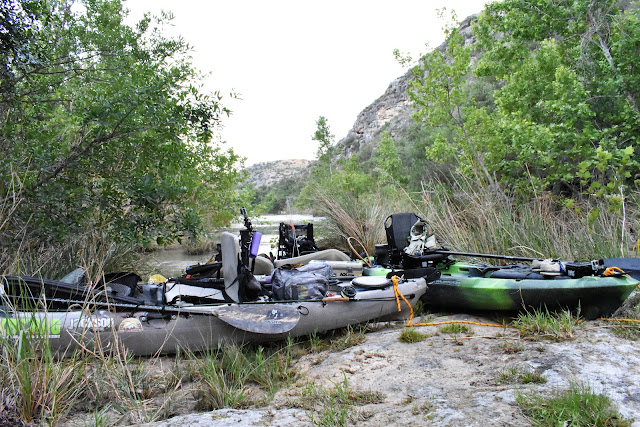 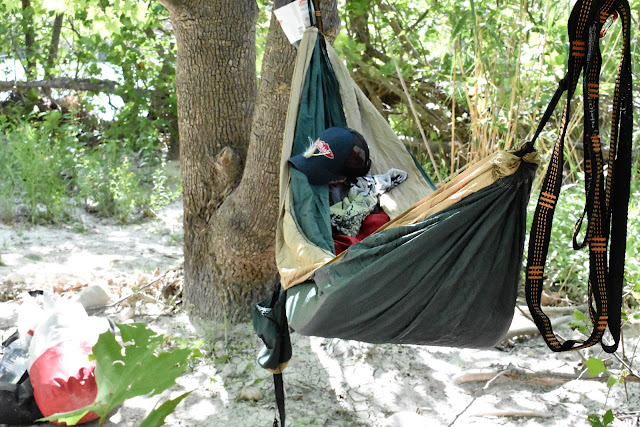 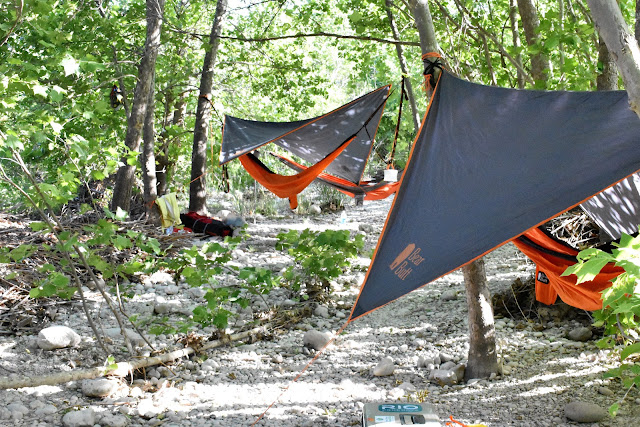 The next morning, we got an early start thanks to Nick's alarm.  It might have been the first time I have ever heard an alarm on a camping trip.  Dude is a machine.  Before I could drink my first cup of coffee, Nick was packed and sitting in his kayak.  He was super eager to get some fishing in during the morning hours and I honestly can't remember when he left.  It didn't really matter.  Wednesday would be the day of 25 mph tailwinds.  Plus it's always cool to meet other people who get as excited about fishing as I do.  However, my engine requires three cups of coffee before starting. 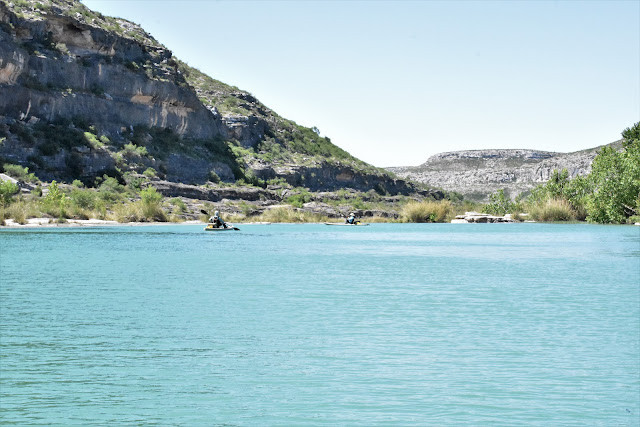 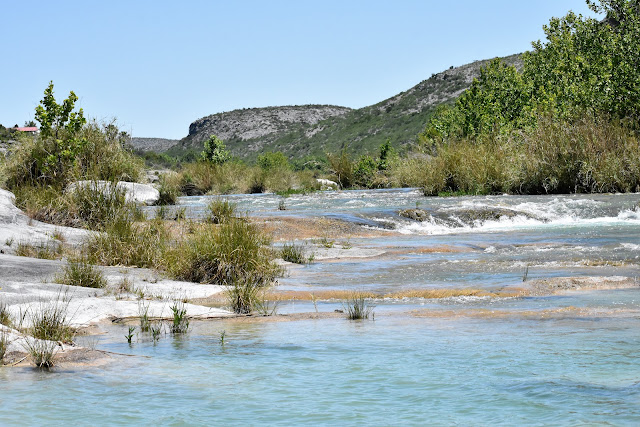 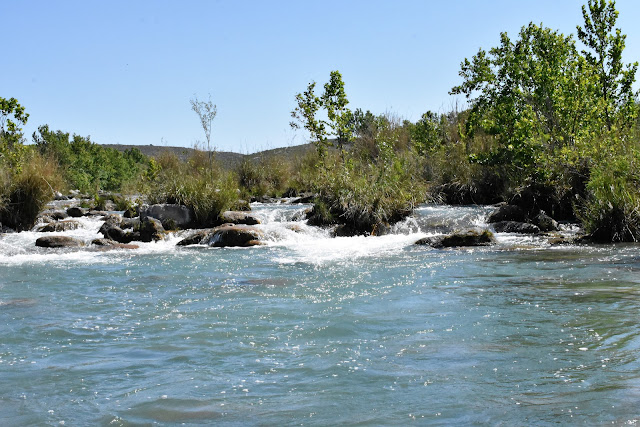 We cursed the winds and I nearly killed James on day two.  It wasn't my fault.  The passing lane is on the left.  It's clearly written on every sign along the highway in Texas.  He was negotiating the last drop of a rapid (out of my view) when I started down.  His hazard lights were flashing so I passed on the left yelling, "coming through."  He jumped into the river to avoid the collision but it really wasn't that close.  That's the highlight of day two.  The tailwinds helped us cover 7 miles of river before 3pm.  The 25-30 mph winds tried to strangle me with my fly line and more than once I had to duck to avoid a face piercing.  Running the many rapids proved the most exciting part of the day, unless you're James. 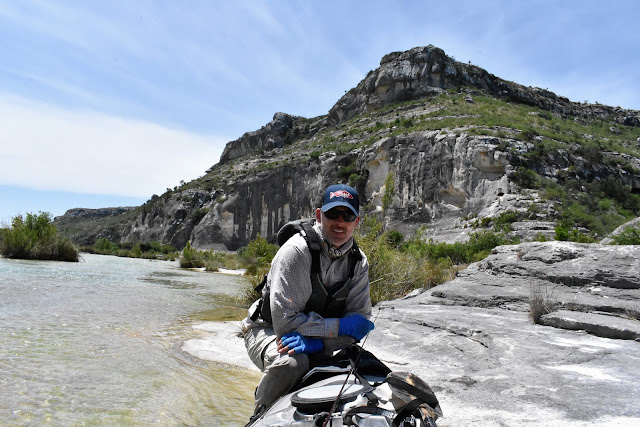 We pulled into camp around 3pm.  Sitting in a hammock enjoying the tranquility of a wild river with new friends isn't a bad place to be.  It provided a great opportunity to reflect.  We discussed how our kayaks handled the river, what patterns worked and what we would do differently next time.  As the afternoon passed, some wade fished and others napped.  But as the sun was setting, we all found ourselves sitting along the river's edge watching the western cliffs shadow move slowly up the eastern slope.  That night the winds shifted and the temperature dropped sharply.  The last day we would face a ferocious head wind. 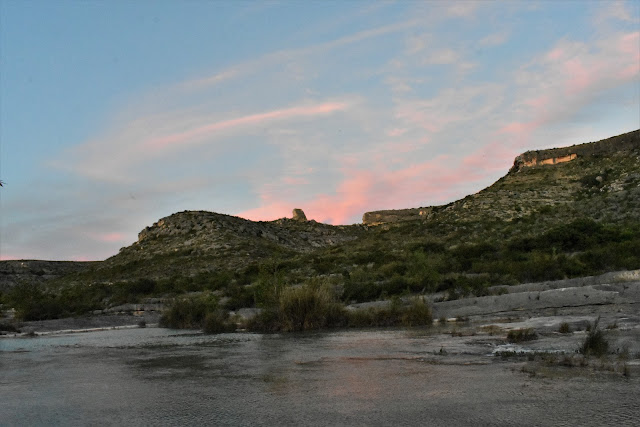 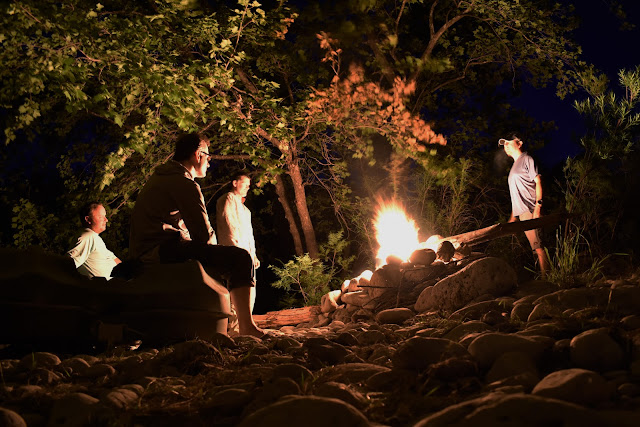 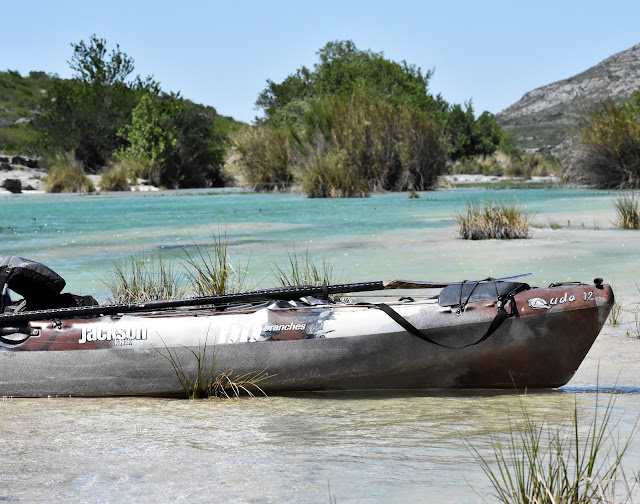 Thursday started with everyone filtering water for breakfast.   It was the last day and the vibe I sensed was one of disappointment.  No one wanted it to be the last day.  Our pick-up time wasn't until 4 pm so we had a full day on the river planned.  We fished when and where we could but the winds made it a difficult prospect.  Then it happened, I saw another boat on the river.  We had seen 4 guys at the start but never ran into them or anyone else during our trip, until today.  It was the perfect reminder of why I came here.  Its remoteness means you'll likely be alone most of your trip.  It was also a reminder of what DW said on day one, no one's coming to save you. 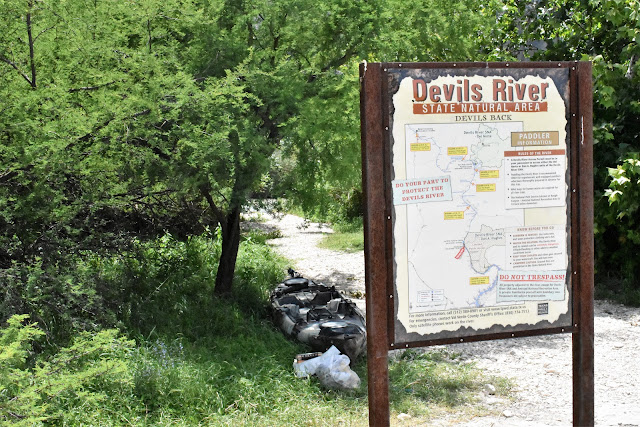 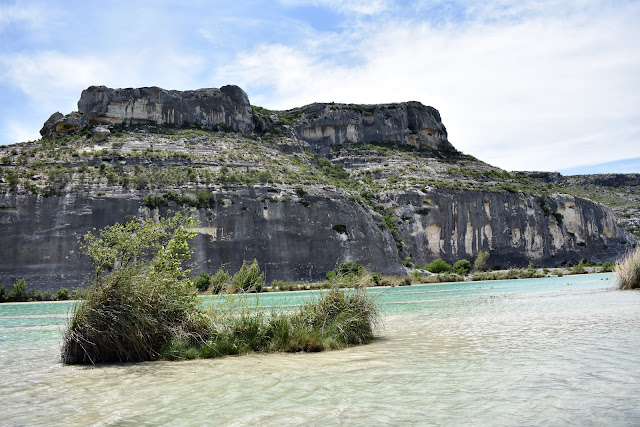 Each of us traveled to this wild place to find something.  Whether it was fishing, an adventure, or to check off a bucket list trip.  I'm confident we found what we were seeking.  We arrived as strangers but left as friends forged in the fire of the Devils River ready to tackle that next adventure. 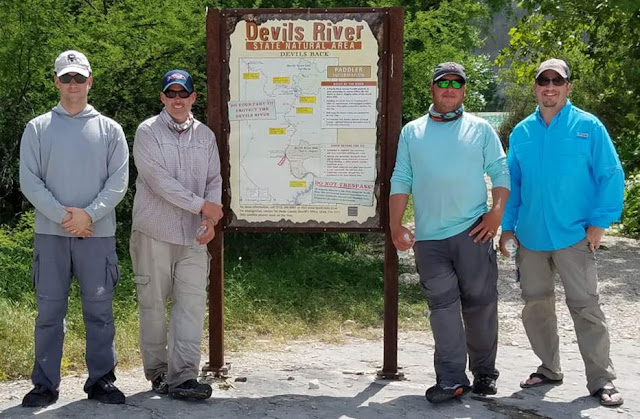 The Video (for best quality open and play on YouTube)

How to Catch Grass Carp on the Fly

I was recently asked to write a post for Orvis giving some tips about catching grass carp on the fly (link below).  I faced this scenario one weekend while trying to get some images to accompany the story. 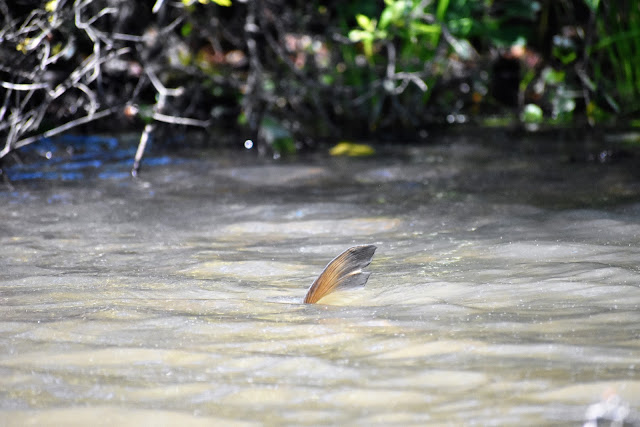 You've paddled across a bay to a nearby flat that you suspect has grass carp feeding on it.  On the way you noticed more boat traffic than usual on the water.  You also managed to spook a couple carp that you did not see. 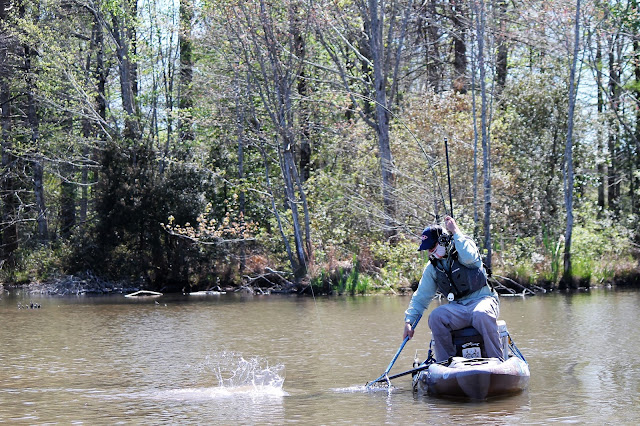 As you stand to scan the flat before moving further, you notice a grasser tailing at the back of the flat. This is exciting because tailing carp give you a fighting chance.  As you begin to push pole across the flat being cautious not to make a sound, you see one swimming towards you.  Do you cast at it or try to avoid it?  From experience, I know if I spook that carp it's more than likely going to put that tailer down also.  Here's what I did. 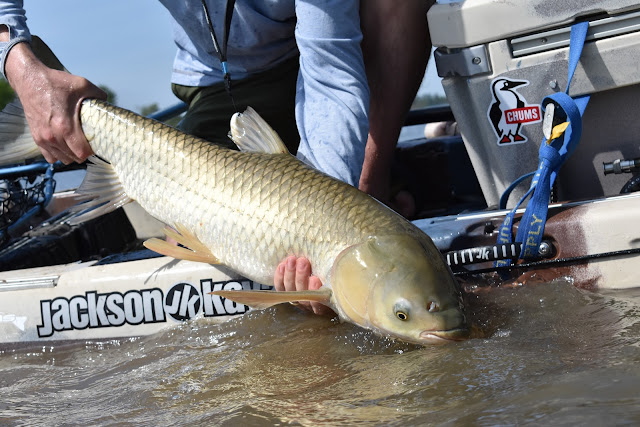 I backed off and avoided the potential land mine.  I knew my best opportunity for getting an eat was getting a fly near the tailing carp.  The moving carp was also an opportunity but the odds were not in my favor.  It was moving towards me and I wasn't sure if it was one of the carp I spooked earlier.  If you present to every grass carp you see you'll likely have a tough outing.  Being selective sometimes increases your odds of success.  This was one of many tips I provided to Orvis found here:
http://www.orvis.com/news/fly-fishing/pro-tips-catch-grass-carp-fly/

Here are two flies I use:
Grass Carp leech pattern

Be sure to check out the dry fly tying video I made here:

And a short video from the pursuit: