The last two years my family has agreed to keep the kids for two weeks while they attend an art camp in Little Rock, AR.  It’s a really great experience for everyone.  The kids get away from the parents.  The family gets the kids without parent oversight.  And I get to sneak away for a two week fly fishing road trip.  The real challenge was deciding where to go. 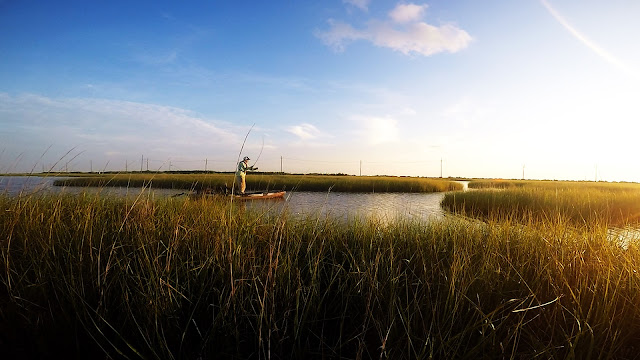 There are some obvious obstacles with weather and cost being the primary ones.  This was a solo trip so there’s no splitting the bill.  I camp and cook my meals to save money.   I make several game plans but don’t pick the first destination until a few days beforehand.  It’s completely based on the weather forecast.  This year the trip started in Southeast Louisiana and ended in Wisconsin.  The beauty of a road trip is, as long as you’re still moving, you’re doing it right.  Don’t know how many miles I traveled but I caught fish in 5 states and camped the entire trip.  There were several challenges over those 14 days.  Rain, lightning storms, cell phone being locked (carrier thought it was lost/stolen) and equipment failures that tried to rain on my parade but those are what made it an adventure. 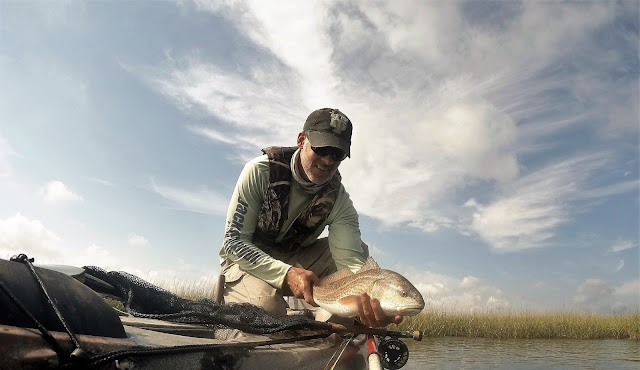 There's not much that gets the heart racing like chasing redfish through the marshes of Southeast Louisiana.  However, Tropical Storm Colin tried to put a damper on my fun.  It traveled over Florida but impacted the Louisiana coast.  I arrived Monday afternoon to rain.  Luckily, the 15-20 mph winds pushed that through quickly enough.  What never crossed my mind was the tidal impact.  The tidal surge kept the tides really high while I was there.  The worst part was the water clarity.  It resembled coffee more that chocolate milk.


If given the choice, I'd rather sightfish reds in the marsh.  Surprisingly, this technique works best when you see them first.  Not as productive when they spot you first.  At one point, I was polling along and looked down to see a 30 inch red swimming in the shadow of my kayak.  I was losing 10 lbs of water a minute through excessive perspiration so I'm guessing he was cooling off in the shade.  I briefly considered pouncing on it.  I knew how that would go.

If you're a parent you've probably experienced something similar.  That time you were sitting on the couch playing with your child on the floor.  When they suddenly jumped up and into your chin.  It's nothing like that.   Putting your hands on a red while it's green is like getting punched in the face by an airbag.  I had no interest in MMAing this trip so I passed on the opportunity. 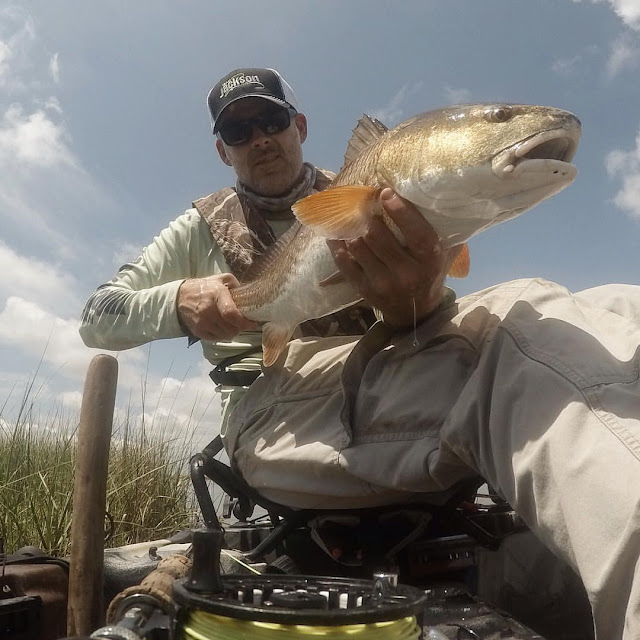 The same scene played out each day.  Start at sunrise.  Paddle a few miles into the marsh.  Stand up and scan the area around me for movement.  Seeing a copper colored red swimming in coffee was futile.  I'm not sure how many reds I spooked over those three days.  It was like trying to find a rogue peanut in a jar of creamy peanut butter. 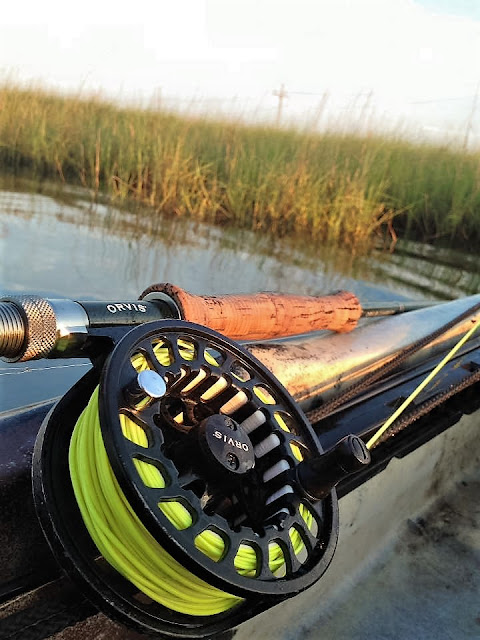 But sightfishing is much more than actually seeing fish.  It's a hunt and hunters use all their senses.  I'm not a hunter so I just used my ears.  If you can't see them, listen for them chasing and crashing bait.  Reds are known for their aggressive behavior.  Over the next three days I covered miles of water listening for the distinct toilet flushing sound a red makes when it eats.  Watching for any movement of bait or those distinct "V" wakes they make when they zero in on a target.  When one was found it was almost always a guaranteed eat.  Unless you folly the presentation and then it's almost always rejection.  I experienced my share of both everyday. 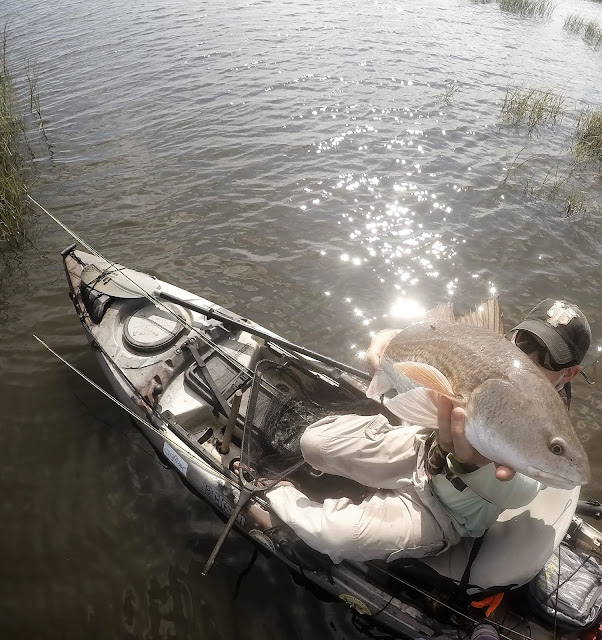 After three days I was exhausted.  I hadn't planned on MMAing this trip but big reds come ready to battle.  The heat, winds, and miles of paddling had added up.  I tapped out and started driving to the Ozarks.  Stowed the big sticks and packed the dry bags.
Read part 2 here:http://looknfishy.blogspot.com/2016/07/timing-fly-roadtrip-part-2-ozarks.html

The Video post if you haven't seen it:
http://looknfishy.blogspot.com/2016/06/my-2-week-journey-on-fly.html