So today I was cleaning up from the last 3 weeks and I ran across something that reminded me of the day of fishing I endured while in Grand Isle, LA.  In all the travel, fun, and upcoming travel planning, I had forgotten something really important...a lesson learned if you will. 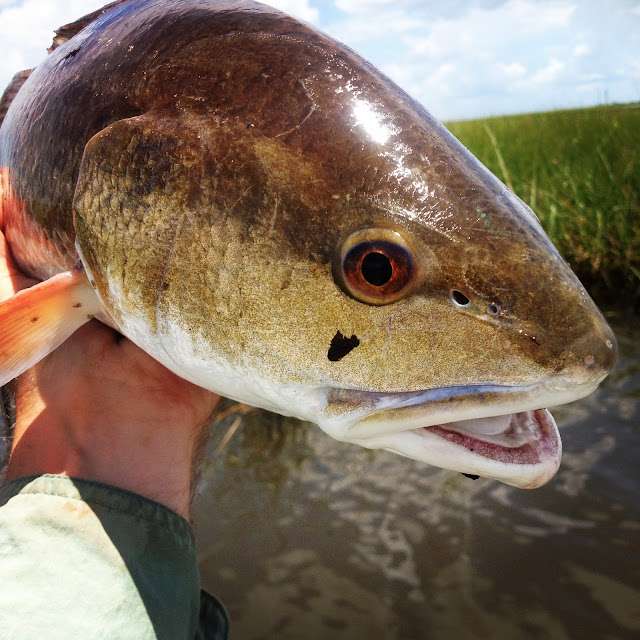 The set-up:
The day I picked to fish, there wasn't much tidal movement and the weather was not ideal, scattered thunderstorms every morning.  I kept it pretty casual, I ate breakfast, made coffee, packed a light lunch...that's casual by my standards!  Didn't get moving until after I got the family set for hang'n on the beach while I was gone.  When I made it to the water at 9, the weather was just getting kicked up.  Clouds were building and the wind was swirling.  Headed out... 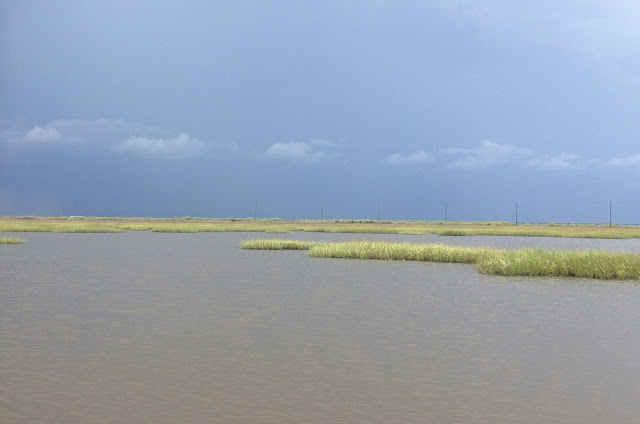 An hour later, I was listening to ESPN on the radio waiting out the 1st round of storms.  Everything was look'n good at 10:45, so back out I paddled.  I must have had a big flashing sign on my head that read "this dude wants to cut you", b/c every red I saw spooked before I could lay the paddle down...seriously, reds that were 2 ponds over were bailing, like drunk drivers jumping from cars, at a sobriety check point.  I started questioning everything I was doing, how I was fishing...what I needed to change.  Redlining the brain function, it gave me my answer in one word, HAT!

I had left my fishing hat in the van!  I'm not, or wasn't superstitious...I'm not sure now.  I didn't head back right away, not wanting to believe it could be the big wide brim hat I was wearing.  But another round of storms moved in.  Having been in NWARK a few weeks prior, during this trip, when I guy was struck and killed by lightening on Beaver Lake.


I headed back to the van at the first sight of lightening.  As it stood, I had caught exactly 2 reds.  Easily my worst fishing trip in SELA.  30 minutes later, I headed back out for a 3rd time, armed with my fishing hat (not calling it lucky...just my fishing hat) and spinning gear.  I decided to pack up the fly rod.  With the wind, the clouds, and the schizophrenic reds, it just wasn't happening from a kayak.

The little tidal fall that was going to happen, was due to arrive any minute.  I had a feeling, that change would save the day, if anything could.  I started to hear reds crashing bait...finally!  The sweet sounds of feeding fish.  It's amazing, I had crossed the same area 2 other times heading for refuge in the van, but on the 3rd trip back out...the fish had moved in. 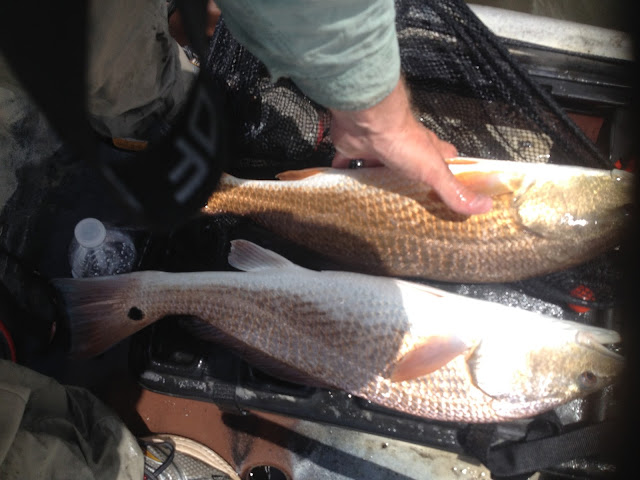 At one point, I saw a group of reds swimming.  Made a cast, hooked/netted a red.  I watched as the group continued to circle the yak.  So close, I could almost hear them hollering, "marco", waiting for the return "polo".  Instead, I offered them the same gold spoon...near double on same bait.  At times, it can be that good in SELA, especially if your wearing a fishing hat.

I fished the same area until 2, when I got the, "are you headed back yet", call from my wife.  My response..."of course, I left 5 minutes ago" (what would you say).  Dropped everything and started paddling!  Make your own call about the hat...but I'm only fishing in my fishing hat.  Lesson learned!