I was the first in our group to arrive on Friday.  As I drove down a dirt road being paralleled by a barbed wire fence, I wondered if I was lost.  I was looking for what was described to me as an “airplane hangar” but all I had seen were a few deer and a mysterious glow on the horizon.  After a few more miles, a large building sitting in the middle of an empty field came into view. 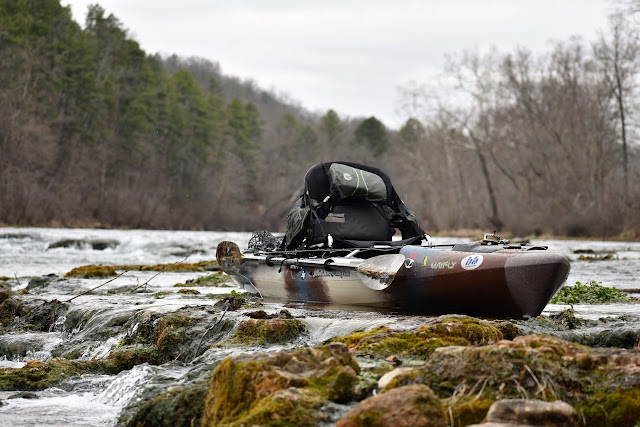 As I pulled into the driveway, I was searching for some sort of welcome sign, a greeting, a dude with a cold brew or anything to assure me I wasn’t about to disturb the guy from, “Texas Chain Saw Massacre.”  Over the last 3 miles, the only signs I had seen were no trespassing, keep out and something that looked like the head of a wolf on a stick.  Not exactly reassuring. 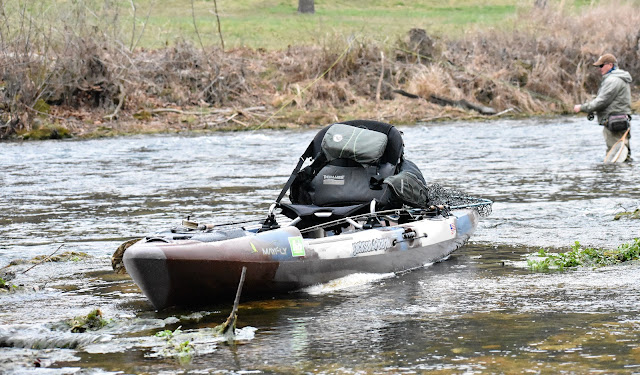 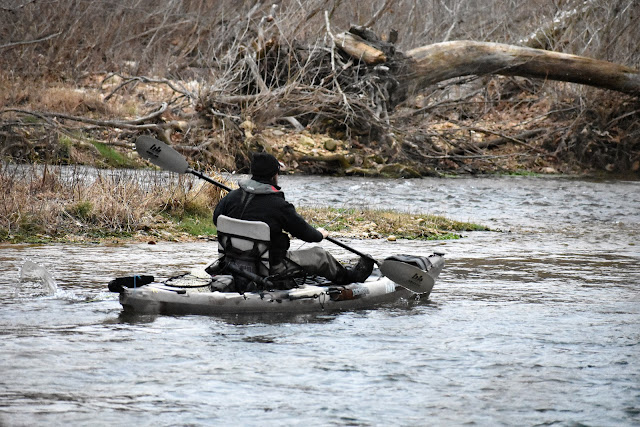 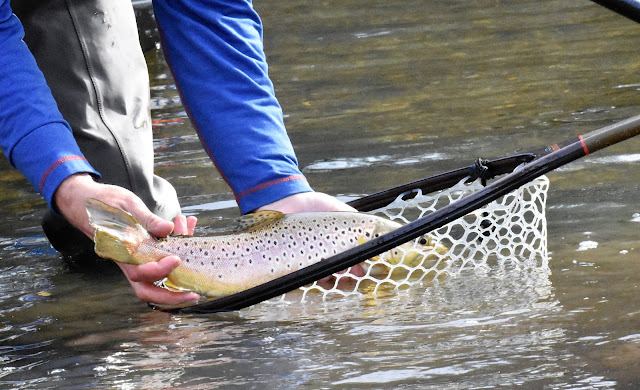 Then I saw what I was looking for, two drift boats parked in the grass.  Confirmation that I was in the right location.  I was trying to locate the lights inside the door when the lights of an approaching vehicle caught my eye.  This could get interesting if that’s not a SUV carrying a raft. 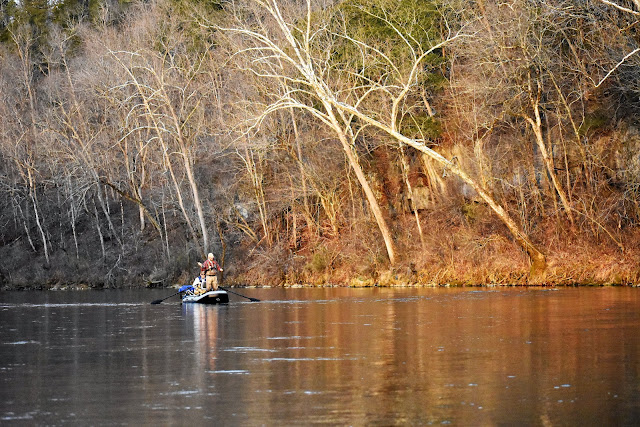 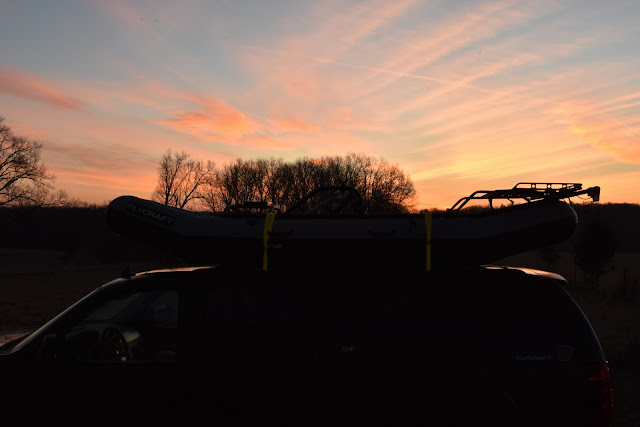 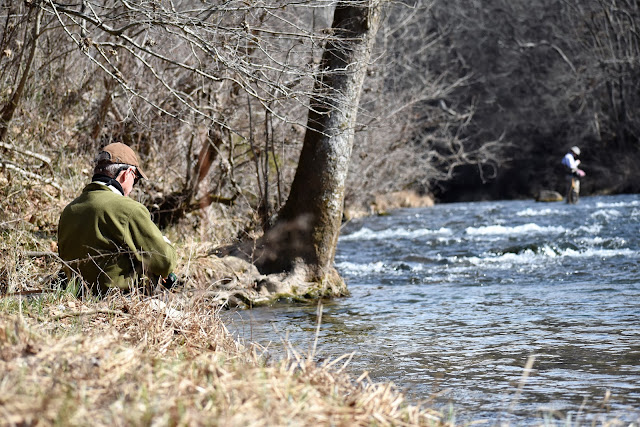 I was reflecting over my current situation, will it be quicker to dig out of a Missouri jail or wait for my wife to post bail, when I saw the flycraft on the roof.  Thankfully, the answer to that question remains a mystery…to you!  I’m sure the extra high, high fives made the other guys uncomfortable but I was just slightly relieved at the thought of not being a fugitive. 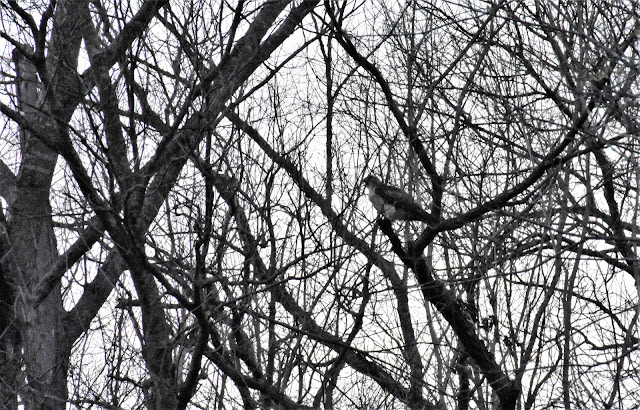 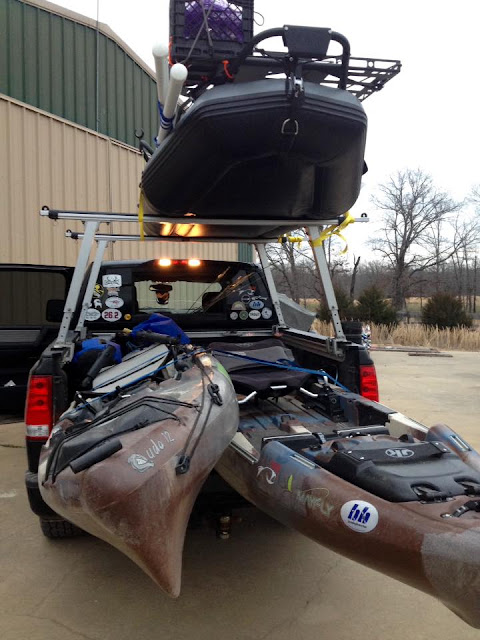 Instead of having an HBO miniseries based loosely off of my illicit fly fishing habits we spent the next two days detangling windknots, celebrating the small victories and losing three flies per trout caught.  The potential complications of life as a criminal were replaced with cold flows and wild rainbows.

Posted by looknfishy at 5:44 PM