Weird day on the river (LRR)

Saturday was a family day but I found a minute to make my way over to the Ozark Angler (OA) in Little Rock.  I intended to only buy some tying material in preparation for a fishing trip planned in Oct.  But as I entered the store I remembered I like fishing more than tying.  Walked past the materials and straight to the rod case.  Stopped in front of the Orvis Clearwater 6wt...but I was only looking.  I don't have money for a new fly rod so there's no risk in just looking, right? 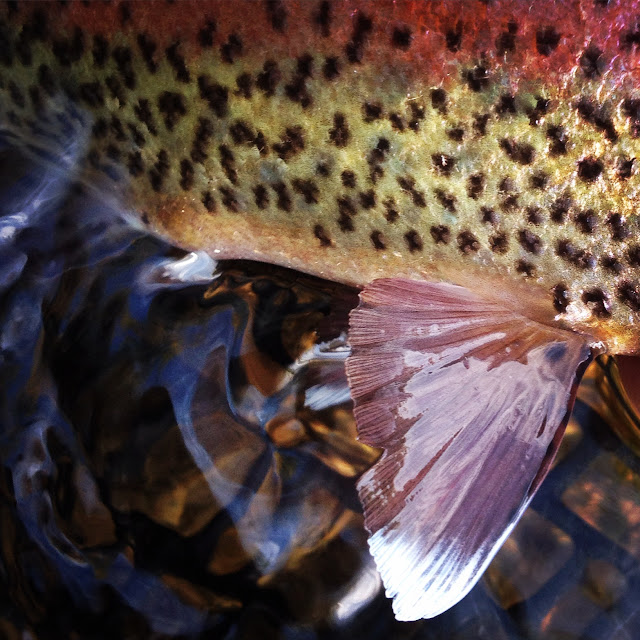 You can guess what happened next.  I explained the money situation (lack of it).  They understood and explained they have this machine just for people like me.  It takes plastic and turns it into money, as soon as the bank gives them the cash from your account.  From what I can tell those credit card machines are nearly perfect.  If only they didn't also create proof of the transgression, now I have "some splainin to do"!  Meet the proud new owner of a Clearwater 6 wt and debt.  Hi, I'm Drew, and I have an addiction.  You say, nice to meet you Drew...b/c you're at the meeting.


Seriously, I borrowed my buddies for a month at the beginning of this year.  Took it out several times on the Little Red.  I'm not quick to spend money but since I wasn't spending any real money...just plastic...figured I'd add to the armory.

Can't speak highly enough about the actual experience.  OA didn't have all the components for the actual combo.  So after explaining my plan of replacing the reel on my 5wt, lining the spare spools,  (3) with the 6 wt...effectively using 1 reel for both the encounter and the clearwater (1-WF6F, 2-sink tip for both, 3-WF8F), basically making it as complicated as I could.  I ended up with the Access Mid Arbor and Hydros WF6F all for the regular price of the original Clearwater.  They lined all my reels and b/c I wasn't happy enough gave me a free hat.  Awesome!  Now I have a spare reel waiting for that new 3 wt I plan to buy next year.  That explanation was really for my wife who, at times, doesn't understand the "words coming out of my mouth"....maybe she'll read the blog for the 2nd time ever and all will be good.  Wishful thinking.  Time to get fishy...


It was a weird day.  That's the best way to describe it.  It started when a car pulled into the dark and empty parking lot at 3:30 am.  I positioned myself on the passenger side of my truck...keeping the truck between me and whoever was stopped on the other side.  And then I slowly moved off into the darkness of the trees.  Then a person started calling out for, "the guy behind the truck" and flashing their spot light around the area.  When I realized what was going on I re-emerged and asked him not to shot me, explaining I had just bought a new fly rod and my wife would "literally" kill me if I had to replace these waders.  After a short conversation (remember I was wearing waders and there was a 12 ft kayak sitting halfway off the truck rack).  I thanked him for stopping and checking the parking lot.  Great to know he's in the area! 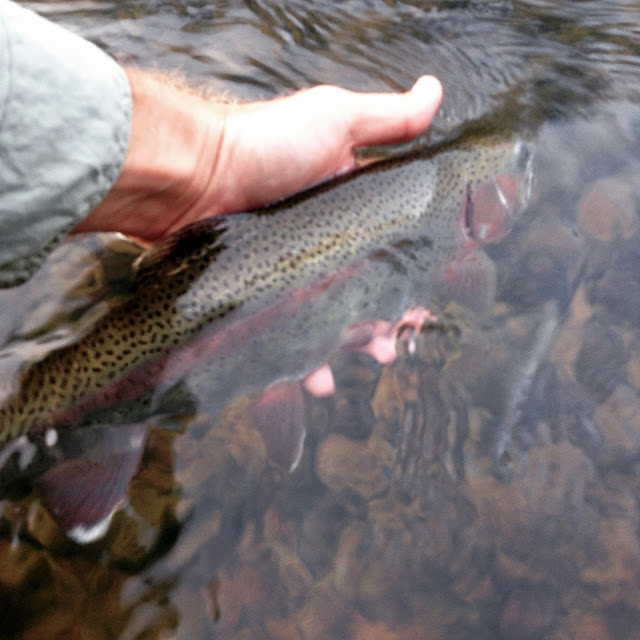 On the water at 4:30 am slinging the 6 wt with something black attached to the end.  Must have appeared to be some sort of fish eating bacteria b/c nothing wanted to touch that streamer.  No problem, I start early so I can get to those spots that the boaters will beat me to if I wait until the sun is out. 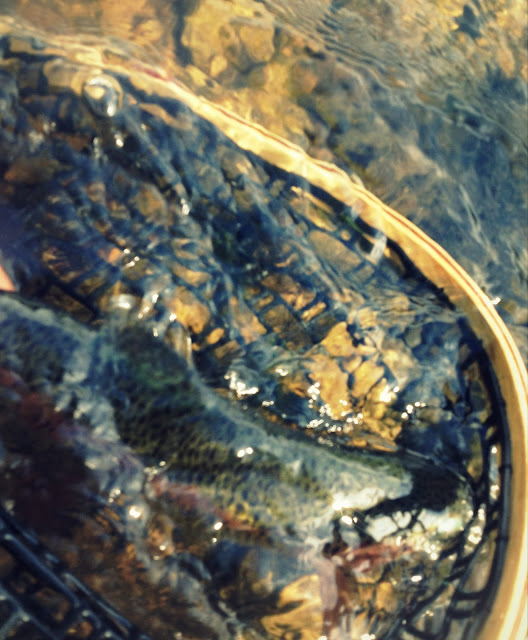 Everything was going as planned.  Get to a good spot and waded out.  I notice the little birds don't have any place to live.  I do my best to build them a nest with my leader, strike indicator, and 3 fly set-up.  As I'm working on the finishing touches to their new home.  I hear a boat coming up behind me.  It's carrying 2 men and judging by their appearance they look like they know what they are doing.  I gave a wave and as expected they slowly pass behind me.  At this point I focus back on the building project expecting the sound of the jet to fade in the distance.  But the sound of the jet doesn't fade.  Rather, it's not moving away from me at all...and actually appeared to be getting closer.  Are these 2 guys anchoring 10 ft away?  Are they beaching and wading?  Decided I better check on them.  Just about that time I hear a voice and the words, "look out, my jets clogged with moss".  Your what is who? 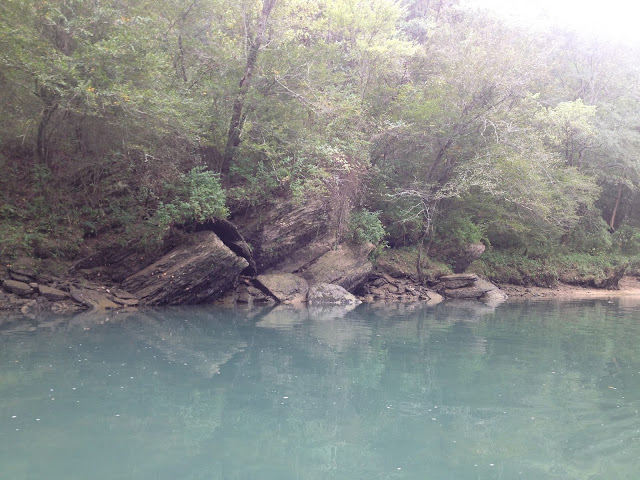 As a kayaker, I've thought about getting run over in my kayak.  It's always a possibility.  I have never considered it might happen while I was wadding.  The boat drifted back into me...a fully loaded boat and gear being carried down river by the current is a load to stop.  Technically I wasn't run over and no one was hurt, except they killed the shoal I had spent over an hour paddling to.  Initially I was annoyed, surprised!  Oddly, after talking with those guys I later laughed about it.  I saw them a few other times and they were always respectful, telling me which direction they were heading and always giving me plenty of space. 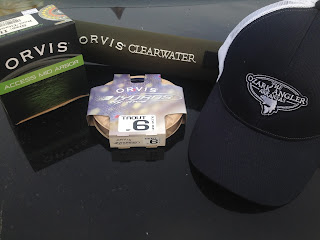 As expected the fishing wasn't great with the crowds and boat traffic.  But fish were caught and I enjoyed the day.  What I lacked in numbers they made up for in quality.  Beautiful fish that had been in the river a long time.  Plus I got the new car smell out of the 6 wt.

Posted by looknfishy at 4:41 PM