Seems like everywhere I look I see carp.  That probably has more to do with school being back in session, which means my weekday trips must stay local.  In the past I have gone back and forth between carp and bass.  But I haven't gotten bass brain yet. 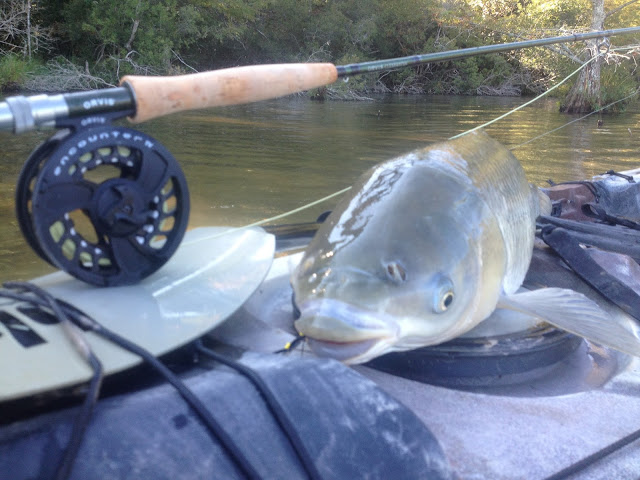 But this post isn't going to be about all the carp I caught.  Yes the fishing was great and I have plenty of pictures for you to eye fondle.  Instead, I'm going to share the "Big Tail" experience. 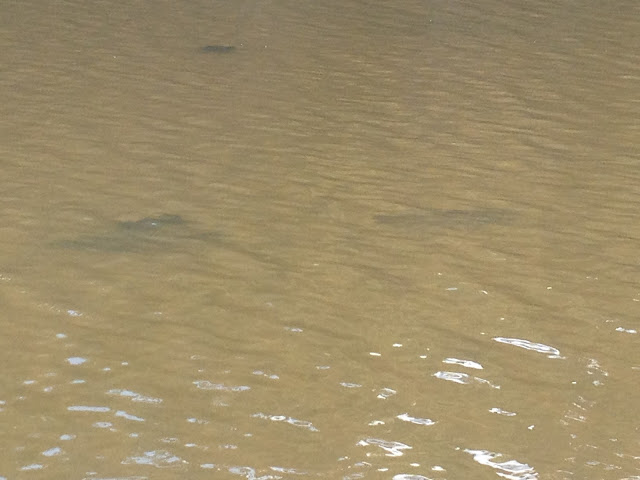 The "Big Tail" was a large grass carp I spotted from about 50 yards away.  I was stalking a shallow flat full of 2-3 foot grassers.  I looked up and saw an enormous tail sticking out of the water.  It was surly attached to a diesel submarine.  My mind focused on the area and I pondered how I would get to that fish without spooking it.... 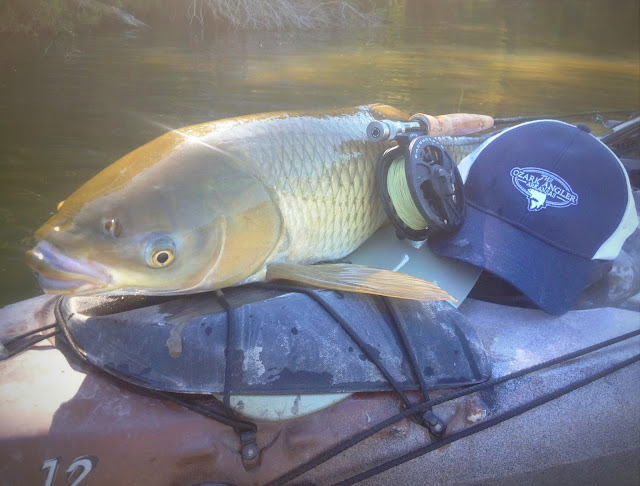 The problem was it was surrounded by an early warning system.  The area I had to cross was littered with small carp.  I knew spooking one would send an array of torpedoes directly at my target.  There wasn't another route to consider.  He was the admiral and had set up shop in the middle of the school.  I had to cross the gauntlet and hope I was stealthy enough to get close.  I set out in slow motion trying to pass without being noticed. 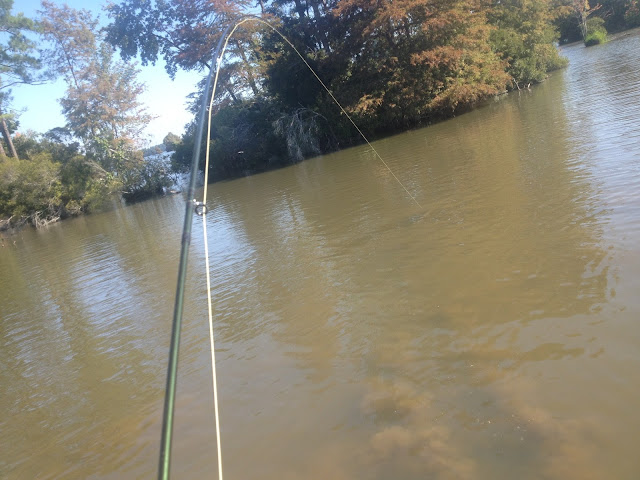 That lasted about 10 feet, and the water erupted around me.  Sure enough the torpedoes were set in motion and heading straight for my objective. 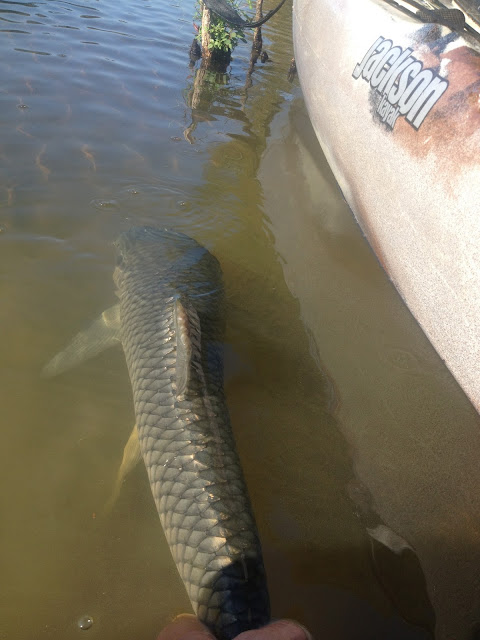 When I finally arrived, "Big Tail" wasn't around.  The area was empty.  I stayed put for a second.  I've had some success waiting out carp that I didn't spook directly.  The ones that spot you and freak out are gone.  But occasionally, the grassers that don't locate a threat will settle and get back to life as normal. 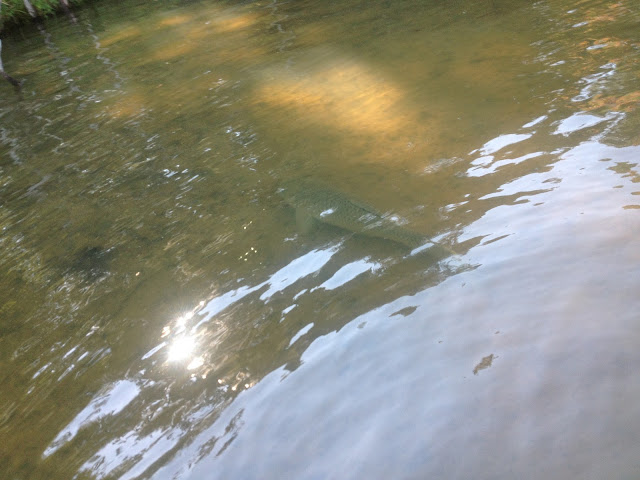 Sure enough, after a few minutes I saw a huge shadow creeping back towards me.  Its course had it coming directly at me.  I waited and set the fly in motion just as "Big Tail" reached that uncomfortable area between "I suck casting that far" and "damn he's too close".  It laid down about 8 inches from the nose.  He noticed...paused...started to rise, and then it ate!  I set and everything around me started moving in high speed.  The carp was pulling me and 12ft of floating plastic through the water with ease.  If I hadn't been in a kayak, he would have put me in the backing.  We played tug-o-war for a few minutes before I was able to get the kayak beached and bring "Big Tail" to hand.  No hero shots, no way to hold it up and take a picture.  But you can get a good idea how big it was from the pictures below: 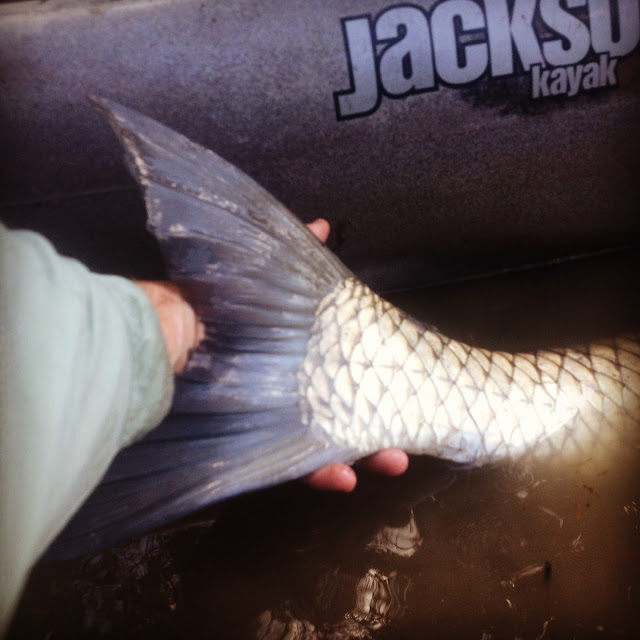 To get an idea of the girth.  I was standing in just below calf deep water.  I released the carp and it slithered away....its belly was dragging across the bottom.  That was the last fish for me.  I followed "Big Tail" for nearly 50 yds as we both kept a close eye on the other guy.

Posted by looknfishy at 7:07 PM