4 days in the Driftless

The decision to go was easy.  Making it work was hard.  There were so many obstacles that tried to derail this trip, stuff at school, stuff at work, piles of stuff from all directions.  Every week I'd get it worked out only to have something else fail.  I was literally in St Louis at 9 pm (8 hrs drive time) when my wife called to tell me some water had just dripped from the ceiling into the living room.  Seriously! 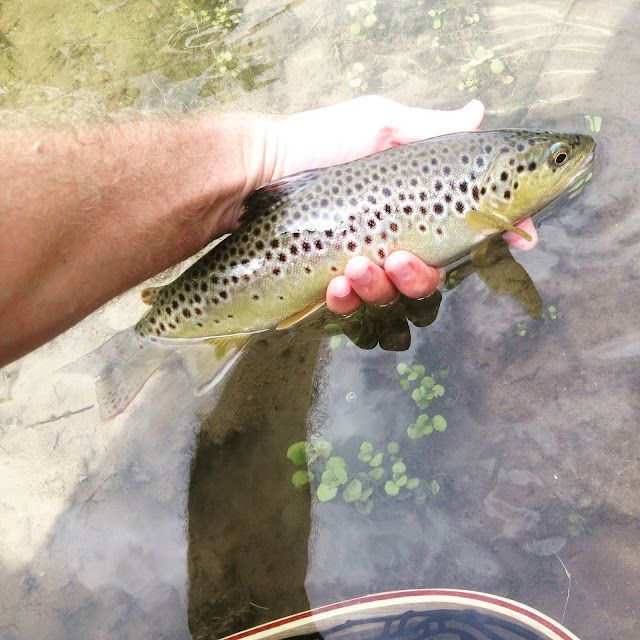 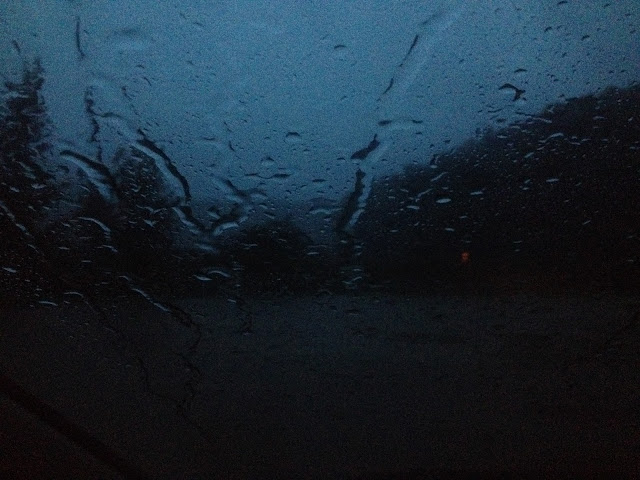 That's when I noticed the lightening in the distance.  Oh C'mon...more stuff!  I checked the weather forecast, a Flash Flood watch was issued for the area.  It was 1 am and I had been driving for 12 hrs.  I could stop and rest or keep going.  Guess what I did? 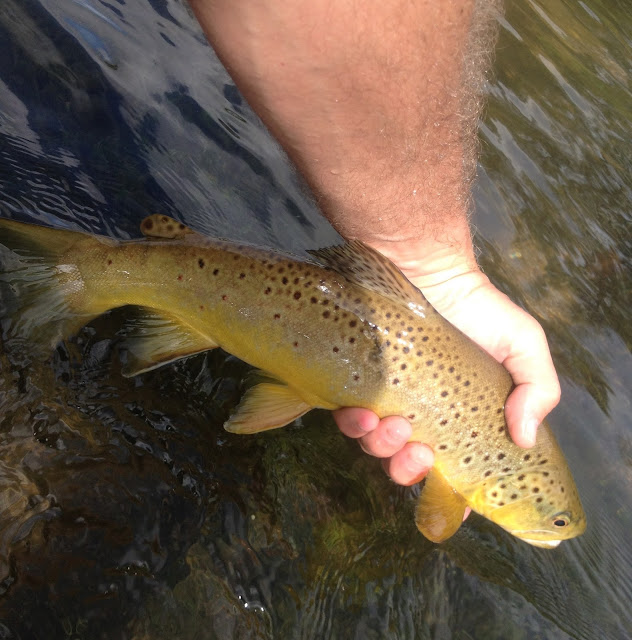 I was about 3 hours away and my original plan was to sleep in the van for a few hours.  Finish the drive and fish in the afternoon.  But seeing the weather approaching, I decided to get there fast and fish as long as I could.  The luck I was having I figured the creeks would be blown out soon and the only fishing, if any, would be in the morning. 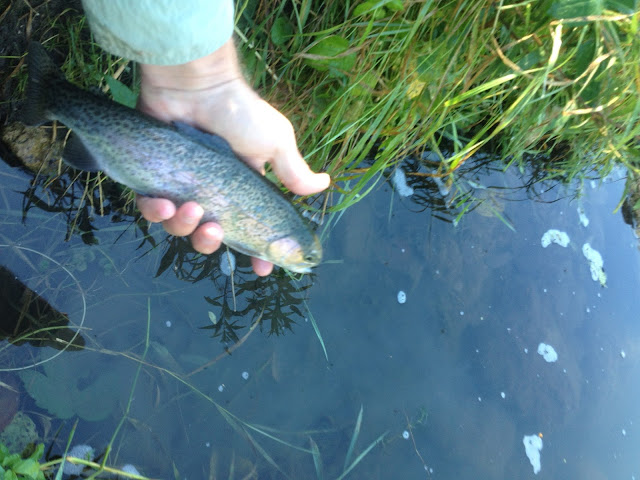 I downed another redbull, opened the windows, and jammed some Taylor Swift...it was torture.  But anything with ears will run away from the sound of her voice, so the roads were empty of deer! ** 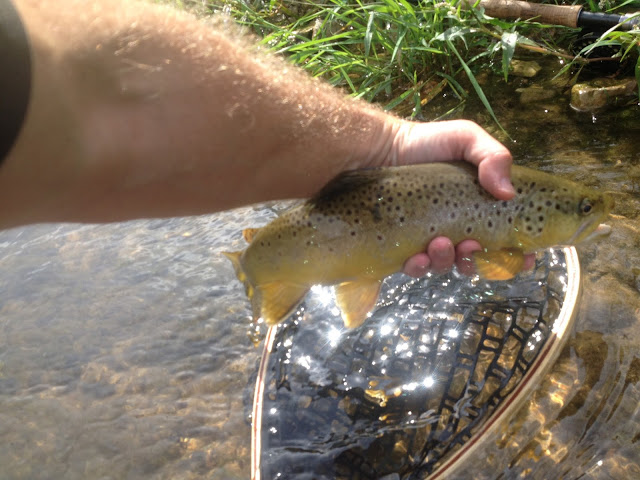 I arrived around 4 am to nothing.  It was still and clear.  Maybe it was going to work out.  I rig up and decided to nap in the back seat.  That lasted about an hour... 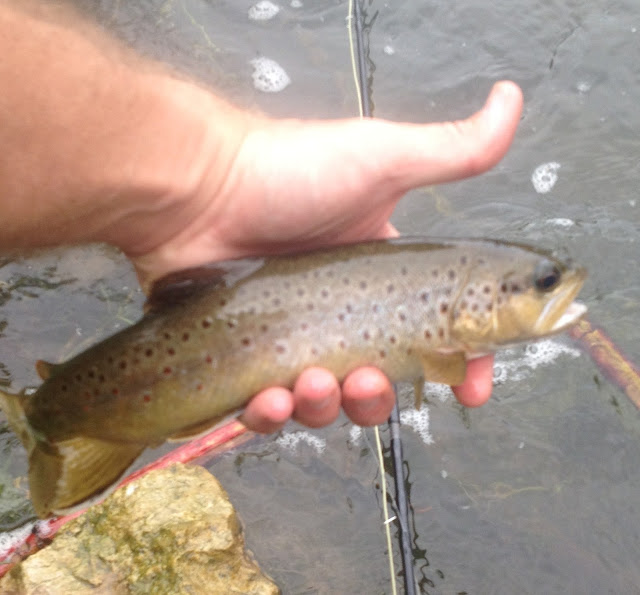 I was sound asleep when I heard the booming echoing in the distance.  I was down in a ravine and couldn't see what was coming and I didn't have cell service.  So I just waited, and then all hell broke lose.  Rain, thunder, lightening...the wind was howling. 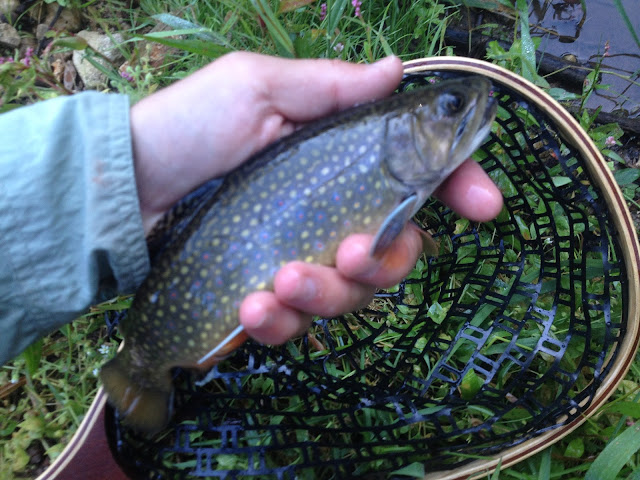 My hopes of fishing washed away with the rain.  I went back to sleep.  When I woke up again it was 8 am.  All was clear...I'm going in as long as the creek wasn't flashing! 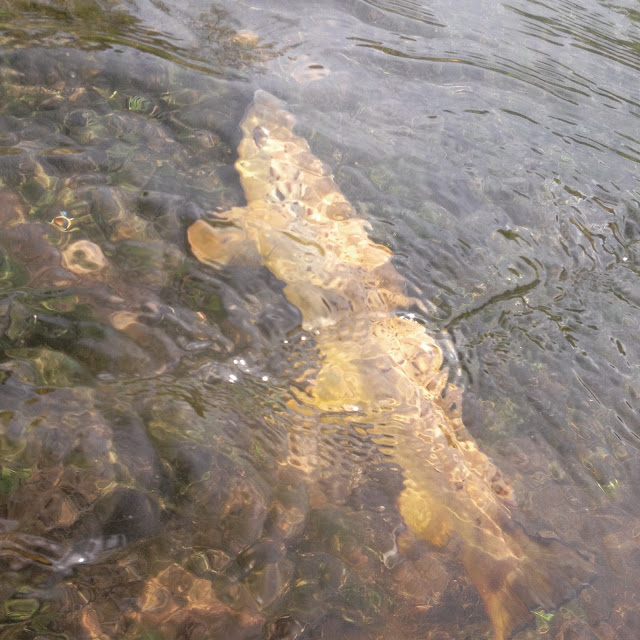 Gave it a good looking over and it looked good.  And the fish must have appreciated that I was listening to Sublime and not blasting Taylor Swift over the speakers b/c they were everywhere.  That day started terrible but I didn't want it to end. 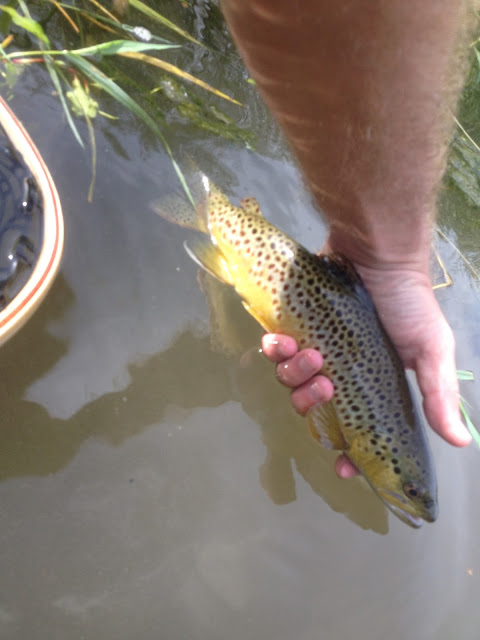 I was suppose to meet Kevin at the campground that afternoon but every time I started to walk out my feet went the wrong direction.  So I kept fishing.  I tried a few more times to walk out, but my feet wouldn't cooperate. 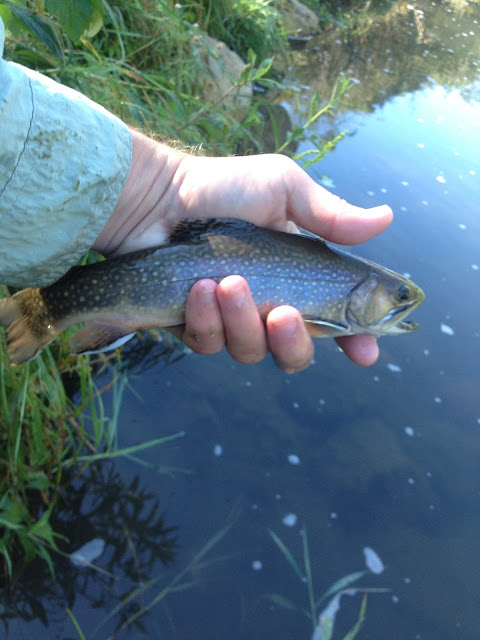 It was way past the time I should have left and getting close to you're an A-hole if you don't get to the campground soon so I headed out.  You know your with good company when they say, "why are you here...we didn't expect you till after dark". 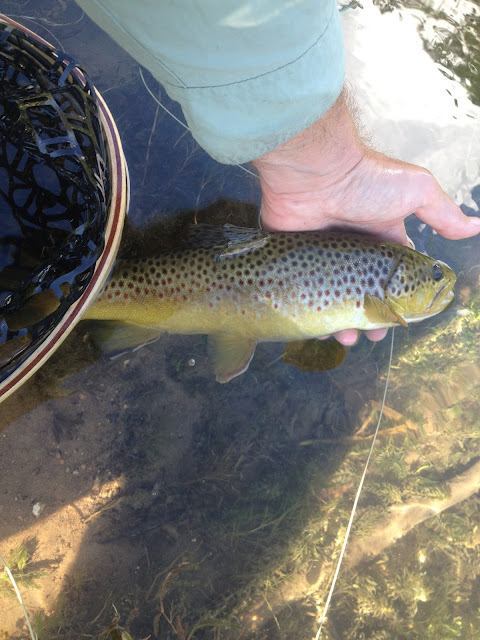 We looked over the map and made a plan for the next morning.  Got up early and headed out to the "spot".  Made our way to the stream and found a good place to ambush our prey.  As luck would have it...2 other guys must have came in behind us and "dropped-in" on us...if you've ever surfed you know what that means and fights happen over it.  "Dropping in", is when a person sets up on a wave, paddles in and has the right of way.  But at the last moment another person cuts them off, or "drops-in" front of them.  That's what these guys did.  We had walked down the trail a little (20yds) to get behind some fish we saw rising.  We got into place and were coming back up when...there they were right where those risers were.  We moved on. 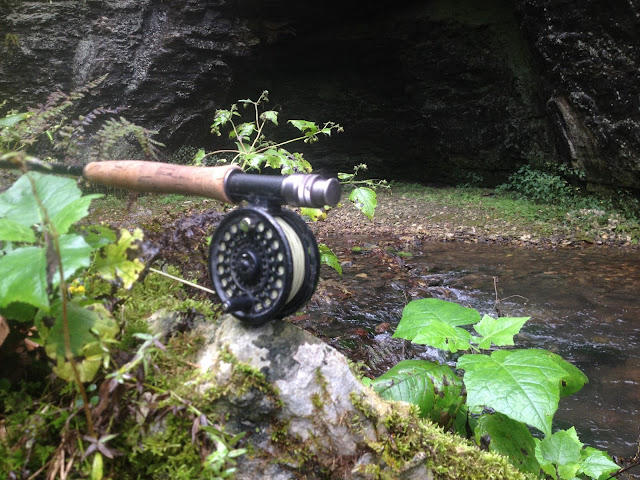 It ended up being a good day.  We had limited choices of water we could fish.  A few of the creeks were chocolate milk.  A few others had a crowd... 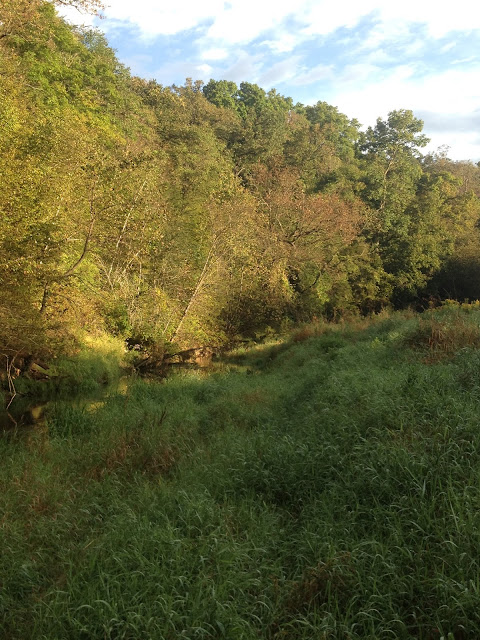 We pull up to an access and saw a truck parked.  We didn't want to encroach on anyone so I got out and went to ask if he was fishing or just sitting.  Now picture this, as I get closer I notice the driver is sharpening a big blade...the way chefs do in restaurants.  Then I notice he's wearing a shirt but it's unbuttoned.  I stop where I'm at and wave...watching the door very closely.  The guy waves with the ninja sword he's holding. 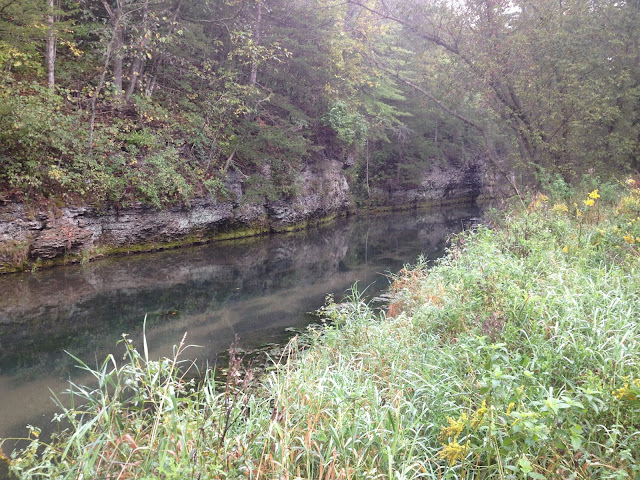 I say something, like...hey man, we were going to fish here but don't want to get into a fight with the last Samurai.  Are you fishing here?  He responds in a normal way, he was fishing, another guy did also, but we're welcome to give it a try.  Additionally he offers, that the stocking truck was going to be here soon.  That's what he was waiting on, while he sharpened his hunting knives.  Hunting knife...sure dude! 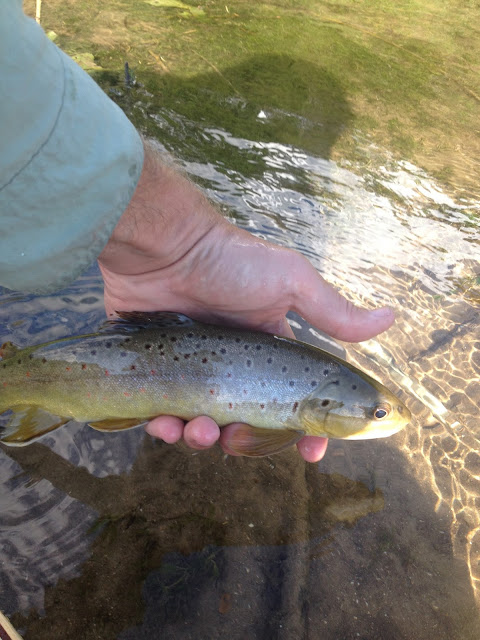 So we did what you do when you want to fish.  And just when we got to the water, we realized our mistake.  My attention was on the ninja warrior and I failed to account for the zombie stocking truck following.  Truck loads of people arrived and started moving to the creek. 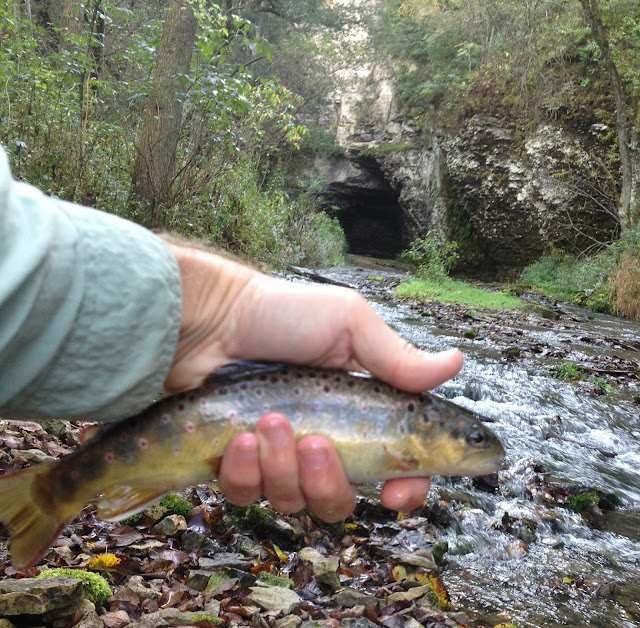 Not complaining, they have every right to be there...just found it humerus and somewhat unsporting.  But not everyone who fishes does it for sport...some just want to feed their family.  I respect that. 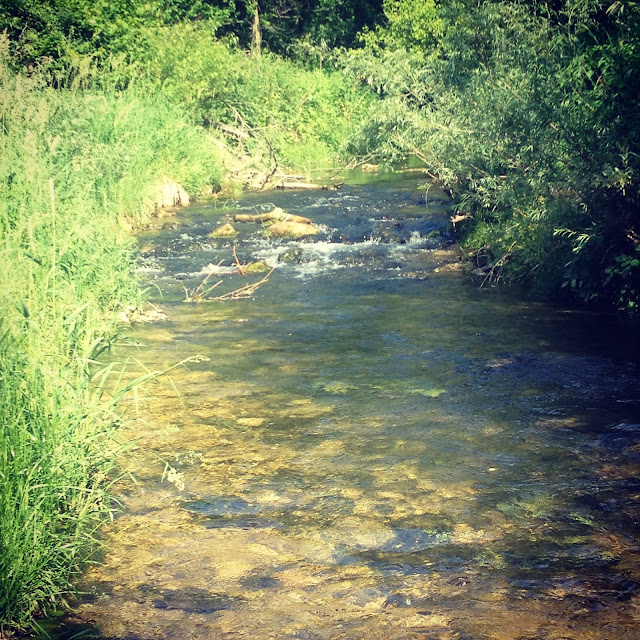 It was a valuable lesson, check the stocking schedule before you decide on the water you'll fish.  There was So Much Water (see what I did there) to fish it was never an issue.  We moved several more times and each stop yielded fish.  Mostly browns for me.  Kevin found mostly rainbows. 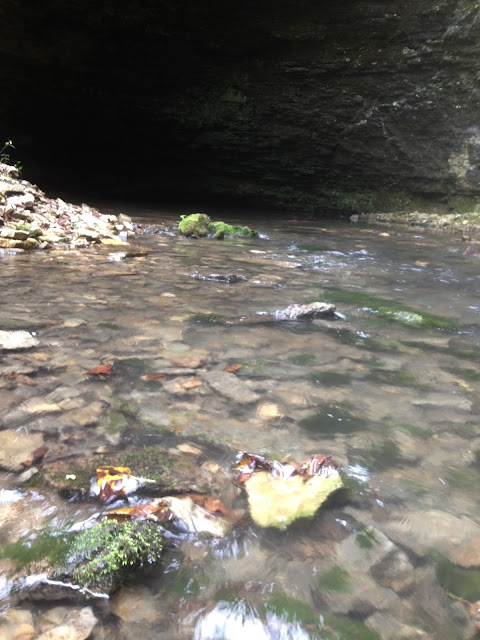 The last 2 days went much like the first 2.  Lots of water visited and lots of fish caught.  My week of fishing went like this:

Mornings started with small streamers or drys.
Mid morning I was nymphing.
Afternoon with the winds and sun meant hoppers and terrestrials, with the occasional dropper.
Late afternoon - more nymphing and drys. 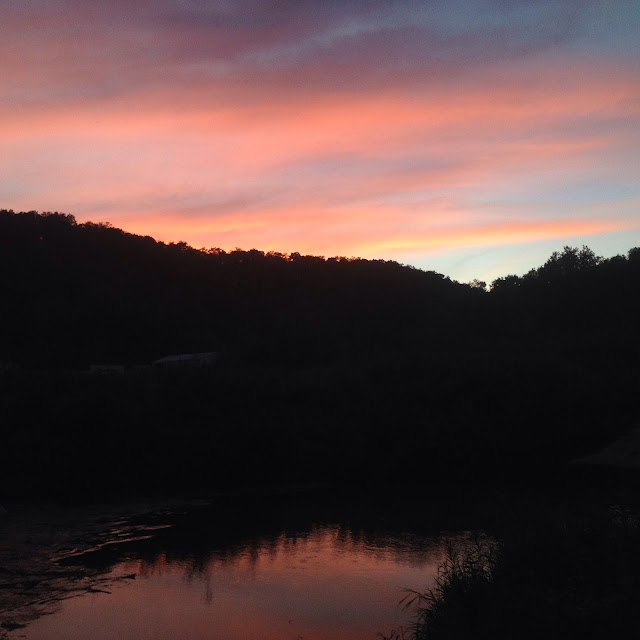 It was a great trip.  Looking forward to the next.


**disclaimer - There is no actual research to support this statement, "anything with ears will run away from the sound of her voice".  More importantly, I would rather crash my car into a deer than listen to Taylor Swift.

Posted by looknfishy at 2:42 PM