If you've been reading along, you're probably waiting for the end of this story.  If you missed the other parts, might want to read them first.  Part 1  Part 2

I mentioned in part 1 about an interesting experience we had at the B&B.  I'll pick back up there.  After fishing most of the afternoon, we decided to stay one more night and relax before heading to Madison, WI.  When we checked in, we didn't have a reservation, and were told it was cash or check.  Not really that weird, but we never had to actually check in.  What I mean is, we didn't fill out any paperwork or any of the regular, "you break it, you buy it" forms.  There's no record of us staying.  The nice lady who showed us around...well I'm not 100% convinced she actually worked there...b/c she kept coming from another house down the street.  We left the cash on the counter, b/c she was never around.  I don't think I saw her again until the last morning. 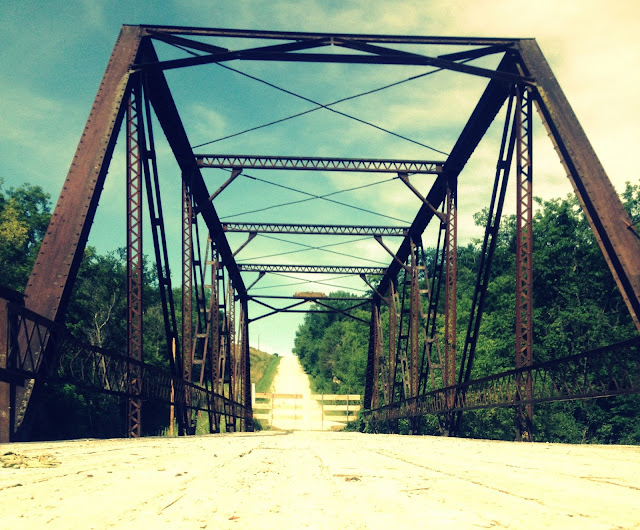 As we were leaving, we ran into her again.  Except this time she was moving out or stealing everything, not really sure.  We didn't ask questions, but she was putting boxes on a trailer.  She mentioned something about not getting paid and moving.  Pretty sure we provided the cash she needed for rent or establishing utilities. 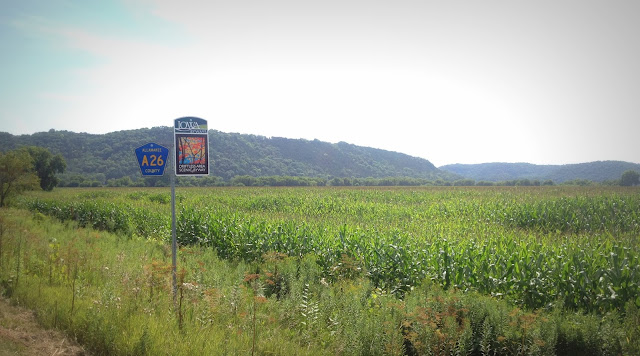 We started driving and laughed about the experience.  We weren't in a hurry so we took the "Iowa Driftless Area Scenic Byway".  It's a really cool area to drive through.  The road meanders between farm land and the bluffs you see in the pic above. 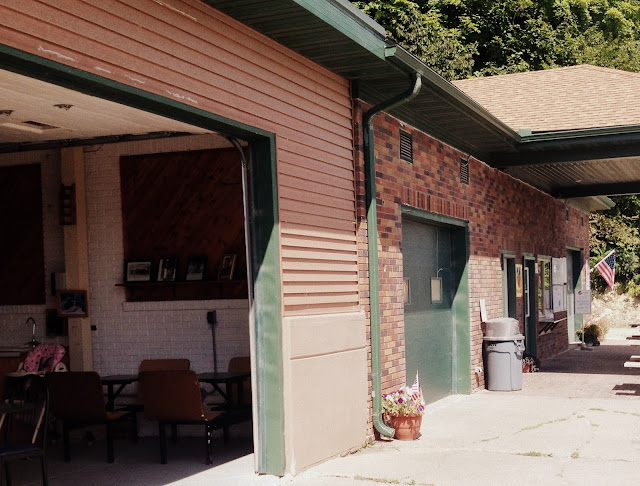 In Lansing, IA, we stopped for lunch at an old gas station/garage turned into a dairy bar Skinny Dip.  It had a nice view of the river and great burgers.


From here, we continued south along the river until we made it to Pikes Peak SP.  Just a stop for the view.  There were several trails that would have been fun to hike.  But we wanted to make it to Madison and see some city life today. 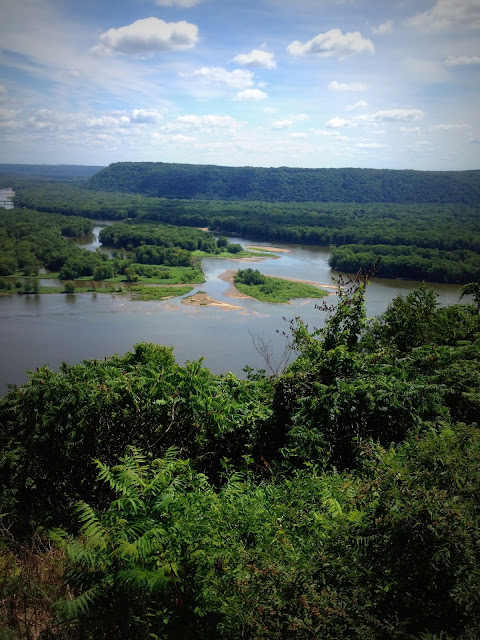 Madison is someplace I'd return to see more of.  We listened to a live Jazz concert, "Jazz at Five" on the street.  After that, a pianist entertained us while we set beside the capital building.   We had dinner at The Old Fashioned featuring WI grub and brews, mostly a tourist trap but the food and brews are good.  The entertainment happened to be the guy who sat down next to us.  He was alone and ordered a large appetizer.  When it arrived, he introduced himself and asked if we wanted to try anything.  We declined, but I could tell he wasn't local...he had a strong southern accent.  Come to find out he was from Little Rock, AR...seriously!  We drove all the way to Madison, and ended up sitting beside a guy from AR.  Random...


It was getting late and we hadn't located a place to rest for the night.  We hopped in the car and started toward Milwaukee.  Stayed someplace outside of town...it wasn't memorable.  Got up early and made our way into the city. 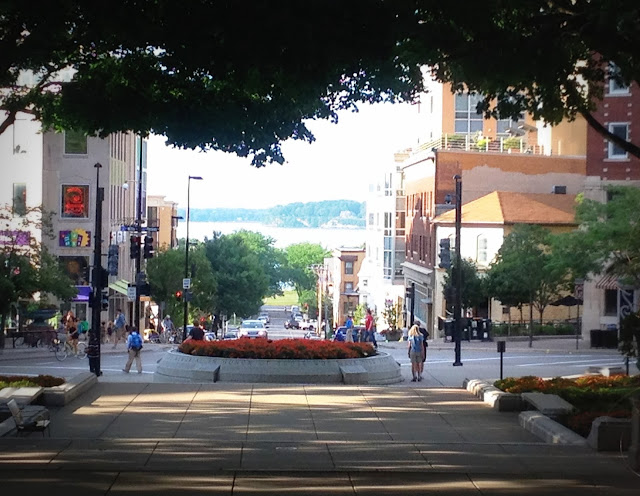 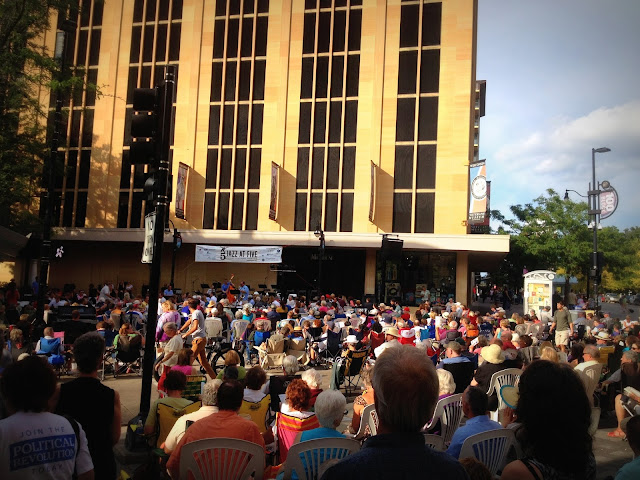 This is where the trip got frustrating, should have stayed in Madison...but we didn't.  After stopping at Veterans Park to see the lake.  We were going to drive into Chicago.  Well....after 2 hours of traffic, stop lights, grid lock, and road closures, I got sick of sitting in the car and called an audible.  Turned the car away from the madness and headed West towards...who knows.  It wasn't much better, Illinois is being torn apart from the ground up.  Every town, no matter how small, was having its road system redone.  We pretty much lost that day. 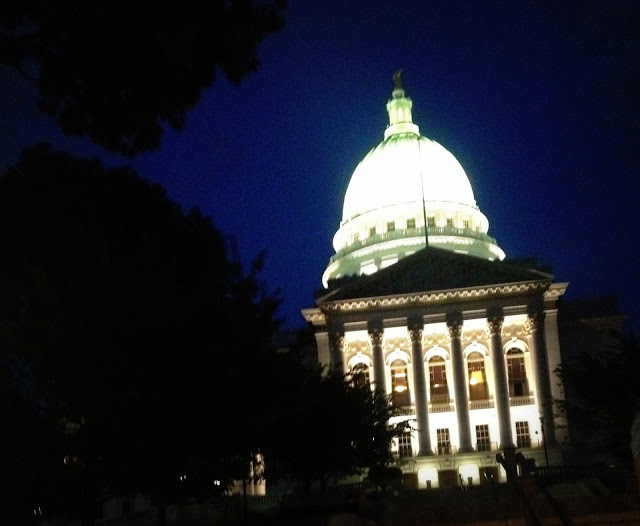 The drive from Springfield, IL, to St Louis, MO, isn't interesting.  But we got back on the GRR after St Louis and followed it through IL, KY, TN before heading home.  It was very scenic, tall bluffs, river views, cool bridges to cross, and a few local eateries that we really enjoyed.  After getting home, I realized we didn't take as many pictures on the return.  I guess that's because we drove up in 6 days and home in 2 days...so not much time to stop.  We had a great time and the road trip took us back to some of the many trips we have taken in our marriage, both literally and figuratively.