We interrupt your Thanksgiving for a fishing report - Taneycomo bows!

Spent the weekend plus a few days playing tourist in Branson, MO.  In between Silver Dollar City, The Butterfly Palace, and numerous other family friendly activities I earned enough points and redeemed them for a few hours below TRD.


The fishing was great considering there were about a million other people casting small fly's to the same trout.  It was my first experience fishing Taney, but not my last.  However, next time I'll have my kayak and get away from the crowds.  This trip I was dropped off and picked up at the hatchery, so I was restricted to covering water by foot.


I timed the drop-off perfect.  They had just stopped generating and the water was falling out as I was wading in.   I was the first to a great location I scouted the day before and had a fish in hand in just a few casts.  I proceeded to catch a few more on a BH scud and noticed the crowd was growing around me.  After another hour my curiosity got the better of me....this being my first trip I wanted to explore the water, so I moved.  I left my prime location and walked downstream.  Upon leaving 2 guys jumped in my vacated spot...it was that kind of day.  I love my kayak for get'n me away from the crowds and I really missed it this trip.


The next spot was a deep hole and the fish were thick.  The problem was, there had been at least 5 other fly casters in the same area.  Oh well, it's what was available so I fished on.  Decided to switch fly's a few times and ended up catching a few more on a purple BH sowbug.  The fishing wasn't fast and as usual I missed about half the takes. 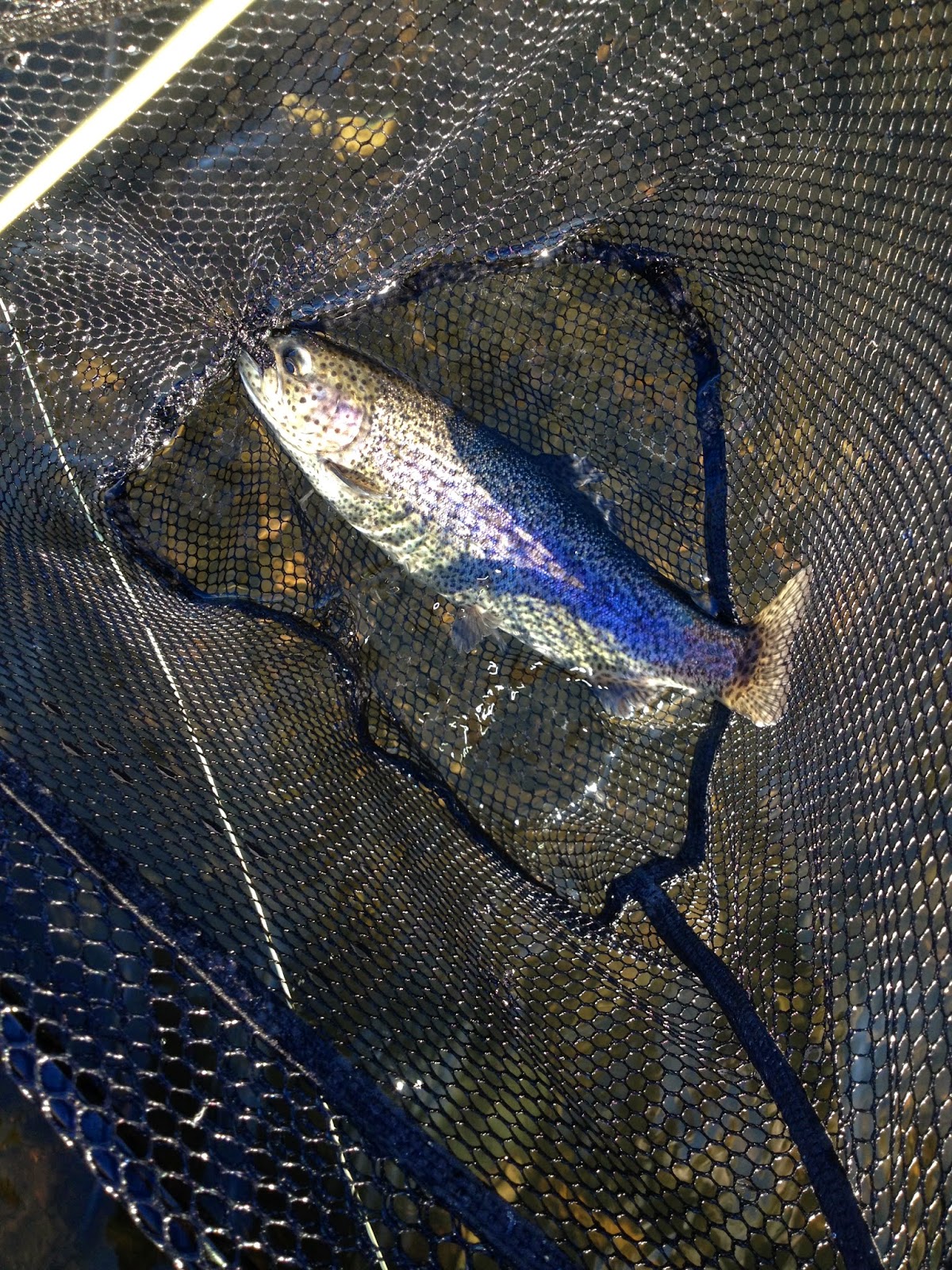 Around 3 pm my time on the water was over.  As I walked back to the hatchery, I thought about how awesome this vacation had been.  I was with my family having a blast and found a few hours to land a few MO Bows.  What else could I ask for.  Thankful!!!

Thankful not to have stepped on this also!!!  Dude it's 30f what are you doing??