Read part 1 to get caught up.

After disposing of the evidence we did the democratic thing and voted on which river to fish.  We arrived at the lower Elk just after 9 am.  No one knew exactly where to park and the first stop was a parking area full of vehicles unloading.  You could see the hesitancy on everyone's face, there's 20 cars here, and only a mile of river there.  Who voted for this crowded, over-fished stretch of river?  Turns out it wasn't the spot.  Here is where the insane people who like to ride bicycles up mountains park. 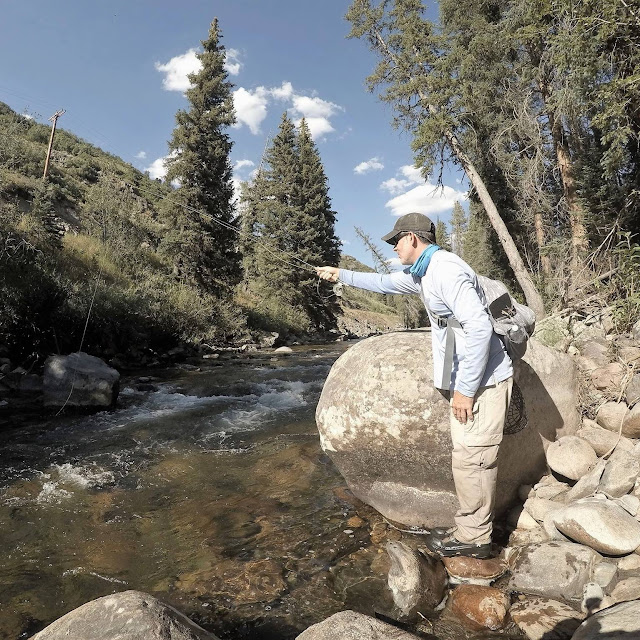 Less than a mile later we found the spot where crazy people who like to fly fish park.  The shoulder of the highway, with just enough room for a smart car.  We folded in the side mirrors and squeezed the suburban in no problem!  From the street, the river looked great and not another person in view.  The trail down to the river was an adventure but we all somehow made it in one piece. 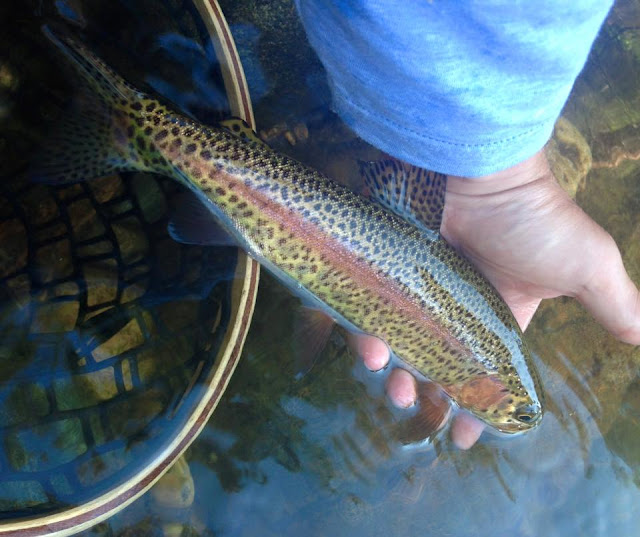 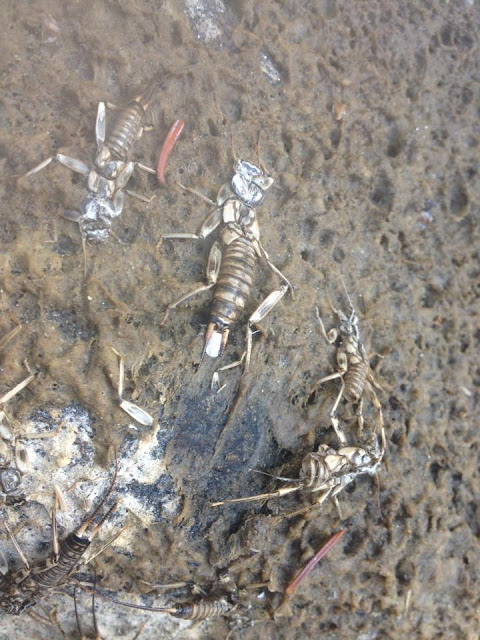 The first words I heard were, "there's two guys that way, I'm going this way."  Well, that really limited the river.  I walked up and talked to the guys to my north.  Rumor was the fish were biting but none landed.  I continued on and explored the river.  It was a mix of shallow riffle with a few deep pools.  The fishing wasn't great that morning but a few were caught.  Including my first white fish. 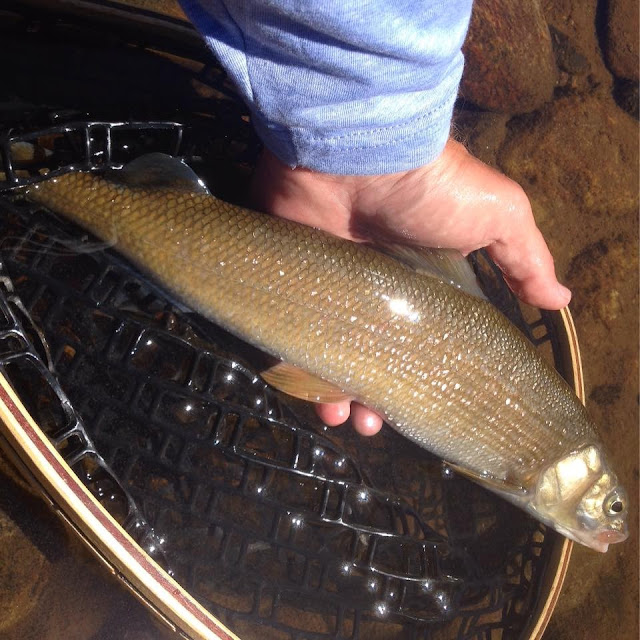 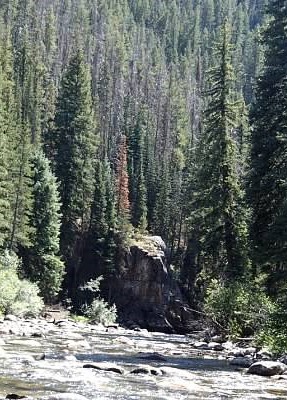 The plan was to meet back at the truck around 1 pm for lunch and cast new votes.  As it turned out the river wasn't fishing all that great, the two guys from earlier were actually catching white fish.  The decision was made to move to the north section of the Elk and explore a more remote area. 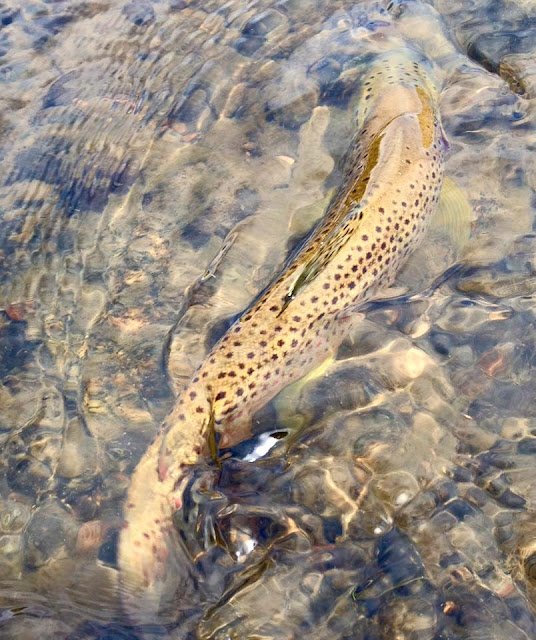 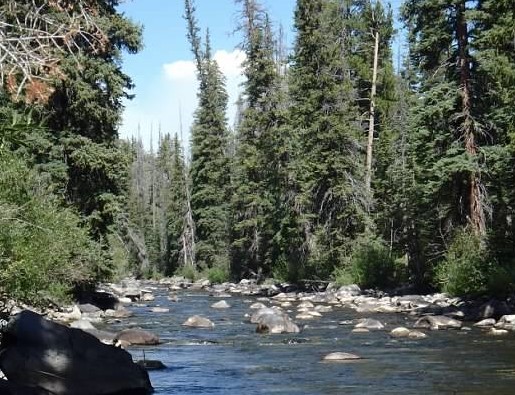 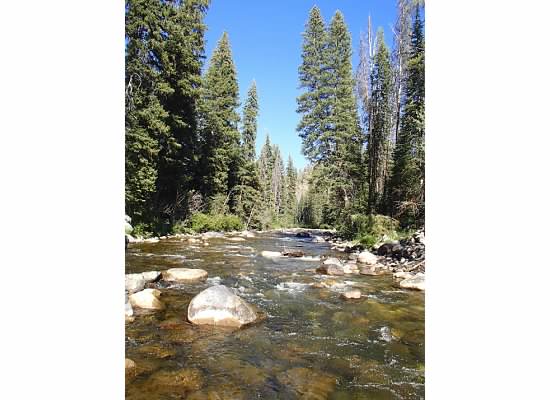 The upper Elk was stunning in all ways.  The eyes would regularly wander from the river to the scenery.  But the best part for me was catching trout on dry flies and hoppers all day.  I dropped some random nymphs off the back but only caught a few rainbows and several white fish.  After the 4th white I decided to drop the dropper and just go double dry or hopper dry. 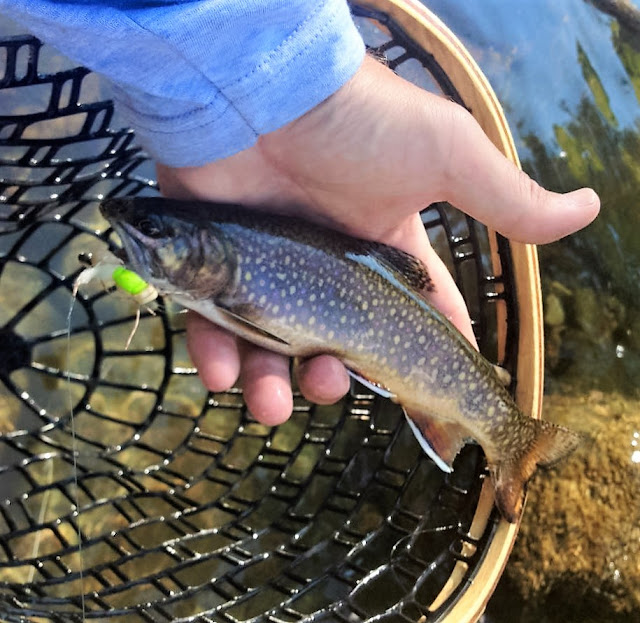 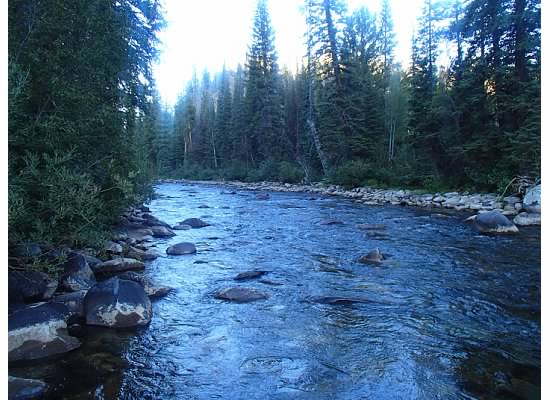 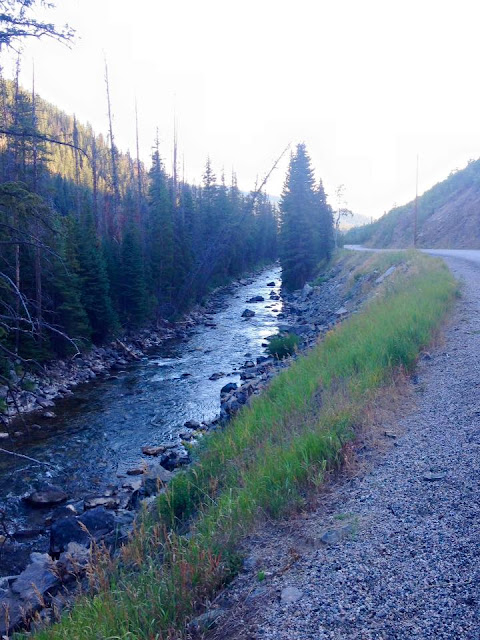 The day ended far to quickly.  The sun and temperature were dropping fast leaving no choice but to call it a day.  I climbed up a small ridge to the road that bordered the river which allowed for an easy hike out.  Four friends walking along an empty stretch of highway with never ending mountain views, the soul of a beautiful river running below and recent memories of wild trout are a powerful thing.  My first full day of fly fishing in Colorado was going to be hard to beat but it gets better.

Continue reading about this adventure below:
Part 3 - http://looknfishy.blogspot.com/2016/09/colorado-part-3.html
Posted by looknfishy at 2:21 PM