Wow!  That's about the best way to describe the past weekend.  Me and a buddy were fortunate enough to talk our wives and family into covering all our grown up responsibilities while we cut ties with the real world. 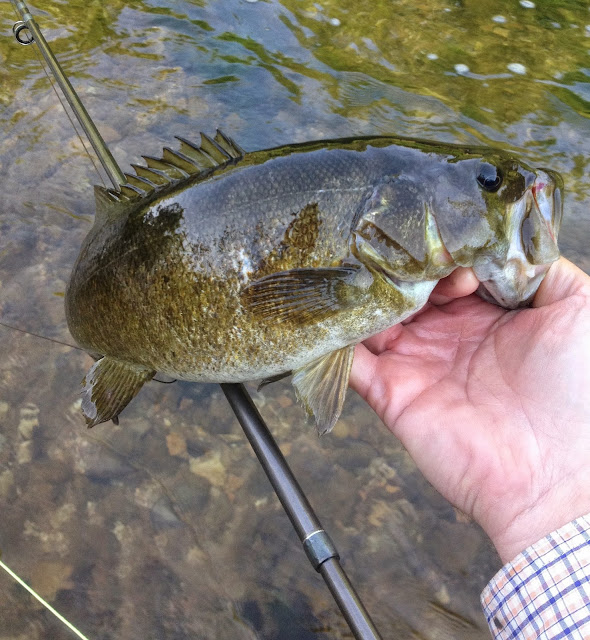 We packed up Thursday night, dropped the kids off at school Friday morning, and made the 4.5 hr drive north into the Ozarks for some canoe camping and smallmouth bass catching.  Around 2 pm on Friday we were waist deep and the catching started shortly after. 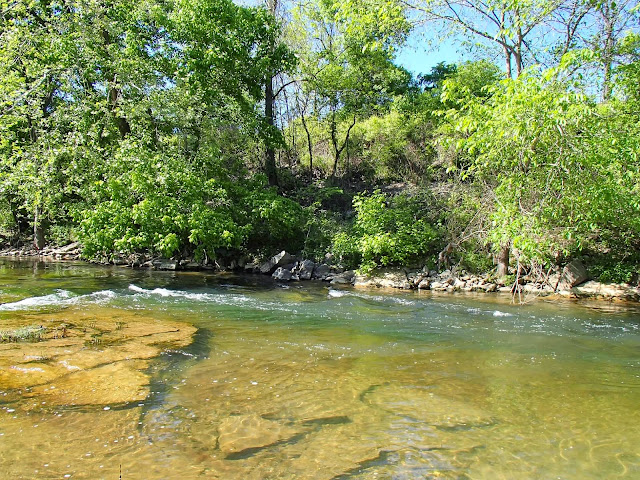 We packed light...sleeping, eating and fishing required gear only.  This trip was all about the fishing, so we brought as many SMB patterns as we could carry and just enough food for calories. 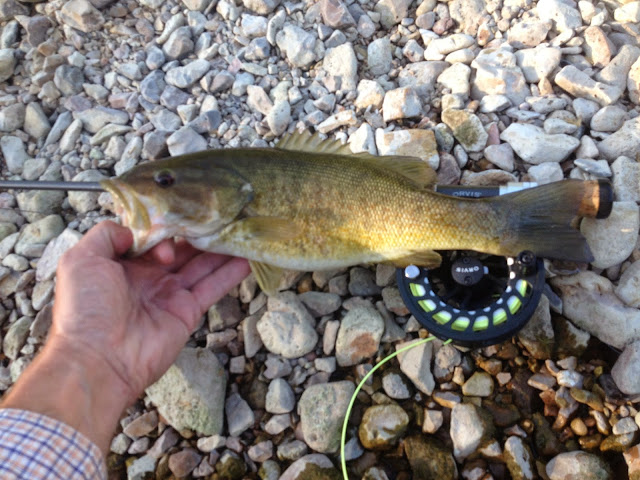 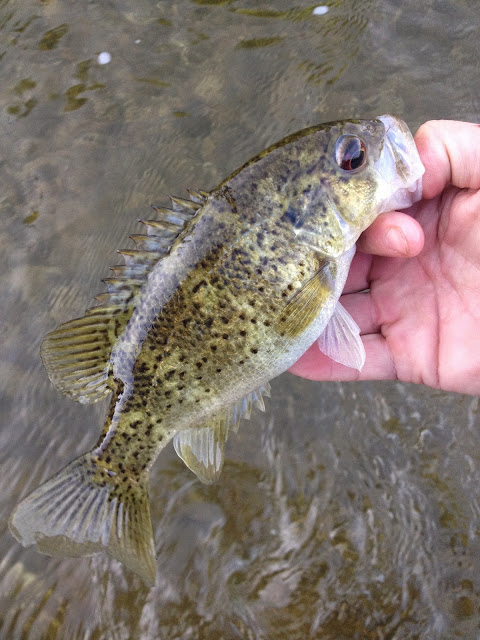 We wanted to fish from first light until last light.  So setting up/breaking down elaborate camp's and cooking gourmet meals was abandoned for MRE's and a cot beside a camp fire.  It got a little chilly 45-50f each night but nothing to complain about. 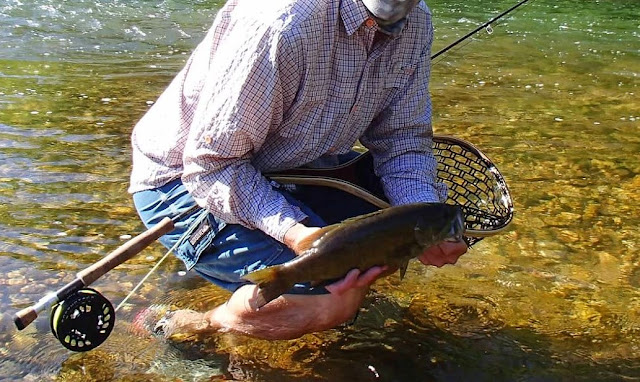 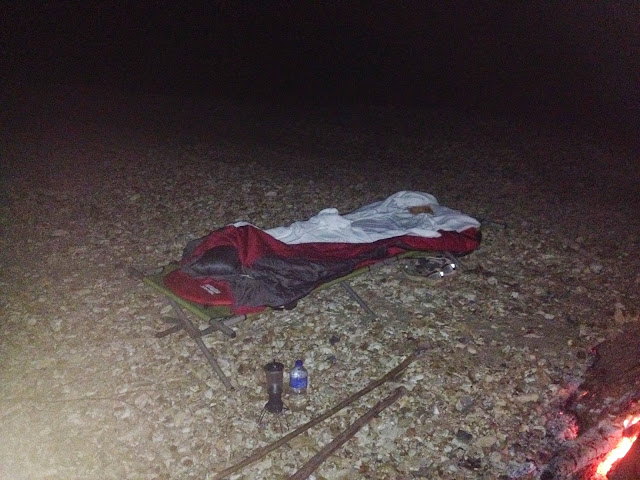 Each morning we would pack our gear in about 10 mins and be wading in ~60f water with a mouth full of breakfast bars.  The water was much warmer than the air temperature at 6am, and that took a little "1, 2, 3...go team" encouragement. 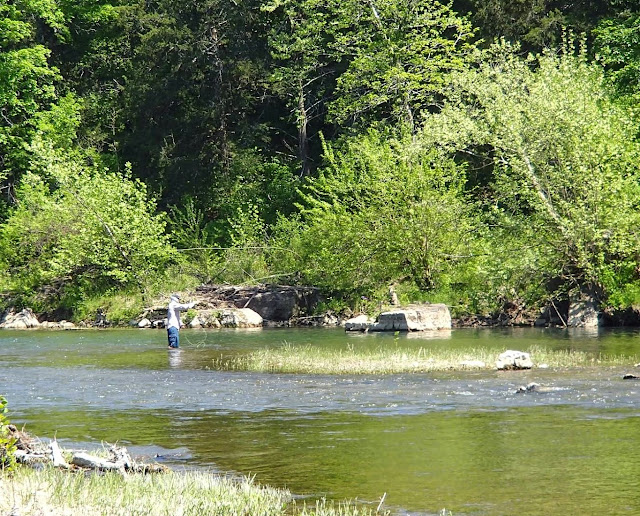 Neither of us wanted to be wet wading that early but you didn't want to be "that" guy standing on the bank while your buddy was toughing it out.  So we'd both inch out slowly making sure to not throw down a man challenge.  Every guy know's where the line is when you're wading in cold water...neither of us were going to cross, "the line".  We went just far enough to avoid suffering any brain freeze. 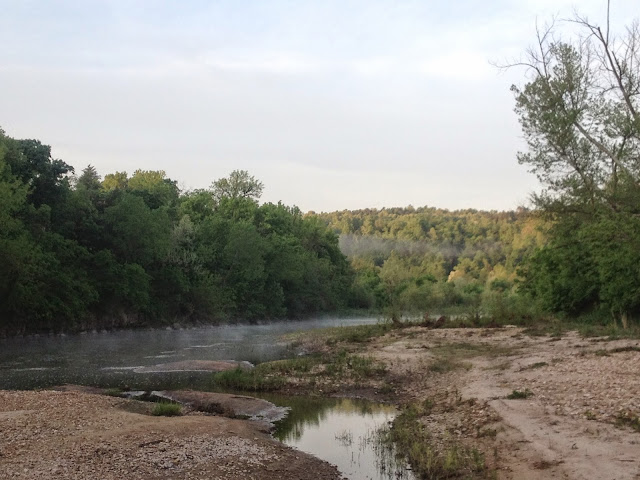 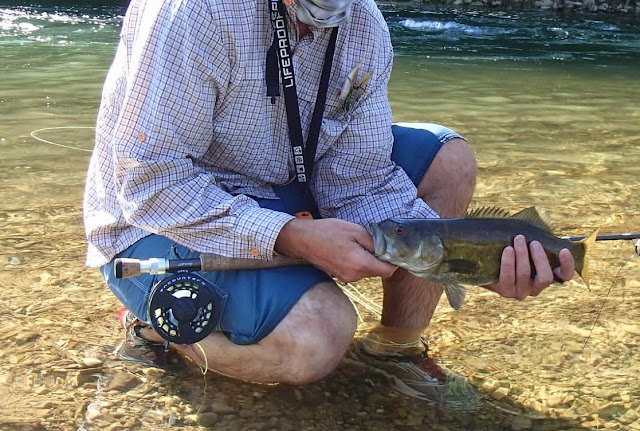 If a nice fish hadn't been caught in the first few minutes on Saturday morning I'm not sure we'd have repeated the process.  But, a nice fish was caught...so it was a race on Sunday.  No need for any motivational speech's...last man in get's to take his buddies picture holding a nice smallie. 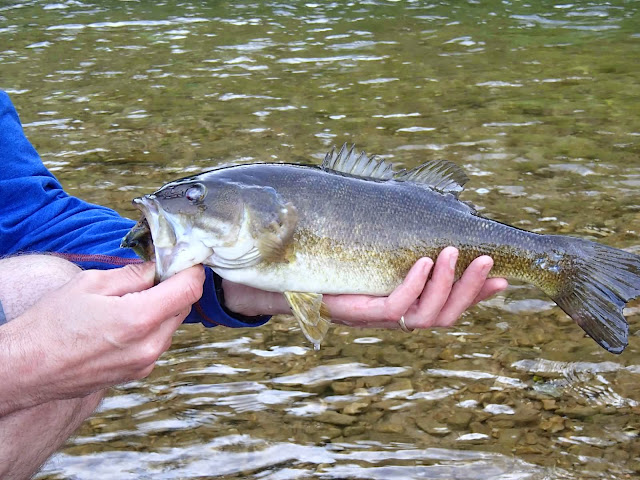 I had barely blinked, when I noticed my buddy had packed his gear and set out 2 breakfast bars on the canoe seats.  Game on! 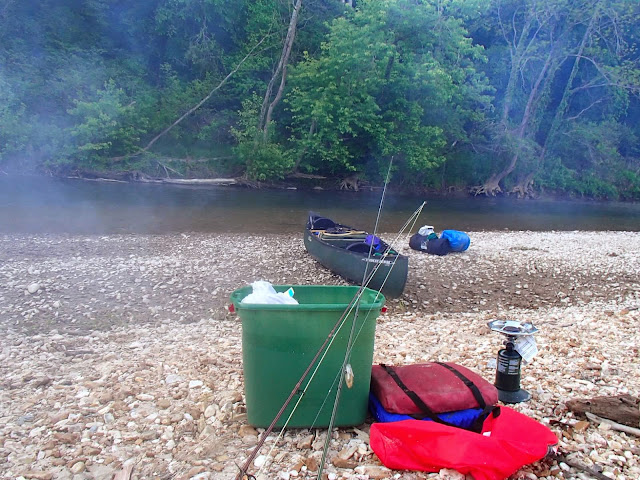 We paddled down to the nearest shoal and before I could get out of the canoe, he was in the middle of his deep breathing exercises, slinging and stripping.  Wait up bro.... 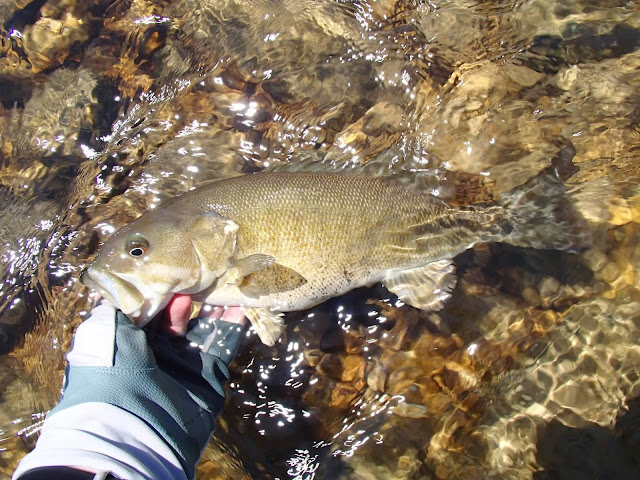 So I did what you do when you're the last man out of the canoe...I walked down and did the wade of shame.  The river was loaded with fish so it wasn't that big a deal.  But I could hear him laughing as he watched me seek out new real estate. 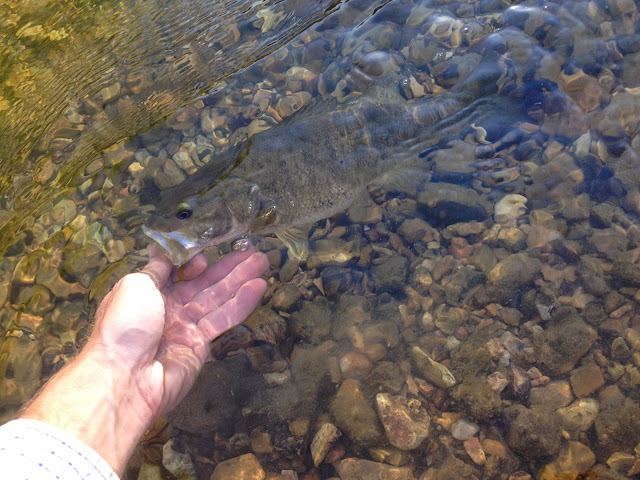 He was even gracious enough to capture it on camera.  And wouldn't you know it...it's a cool pic too! 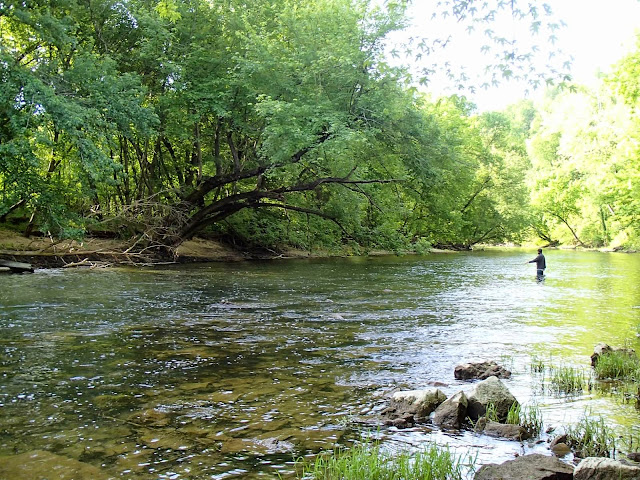 A conversation we had during our time on the water was about those few special trips that are so great, you're always trying to repeat them, but seldom do.  The kind of trips that motivate you to wet wade w/o hesitation, on mornings when the air temp is ~50 degrees and the water isn't much warmer.  We called it, "trip chasing".  This was one of those trips.

The photos tell the story better than I can.  Enjoy... 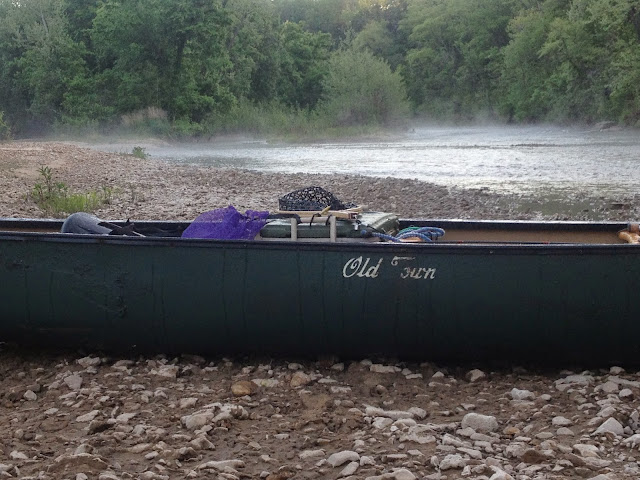 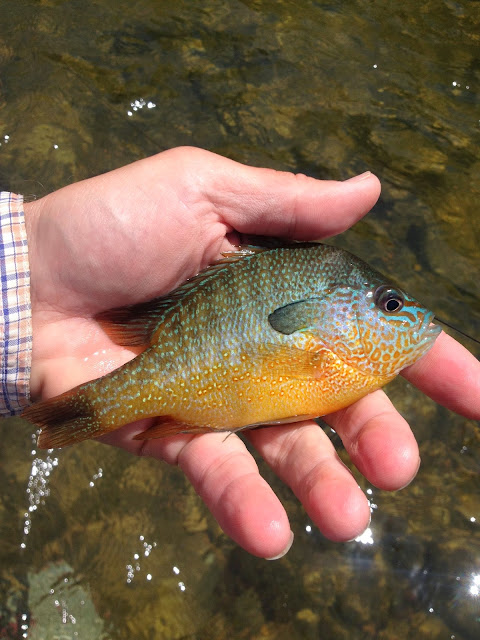 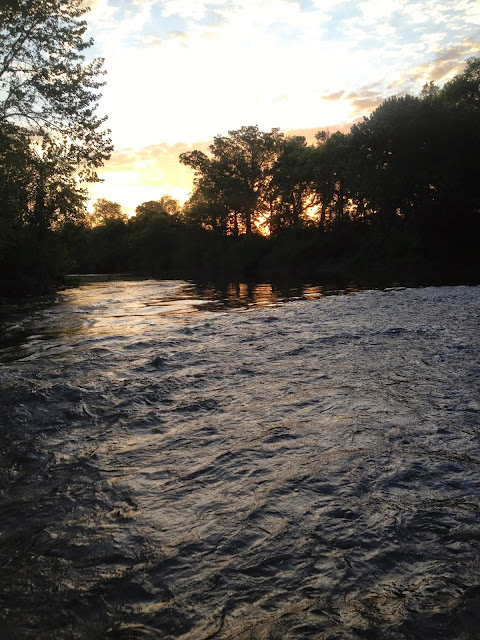 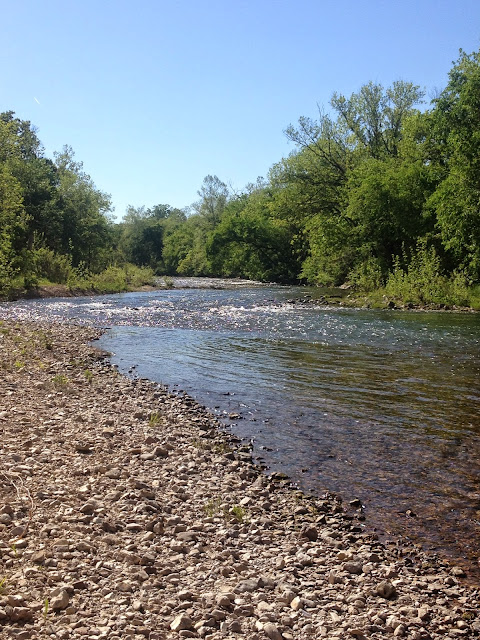 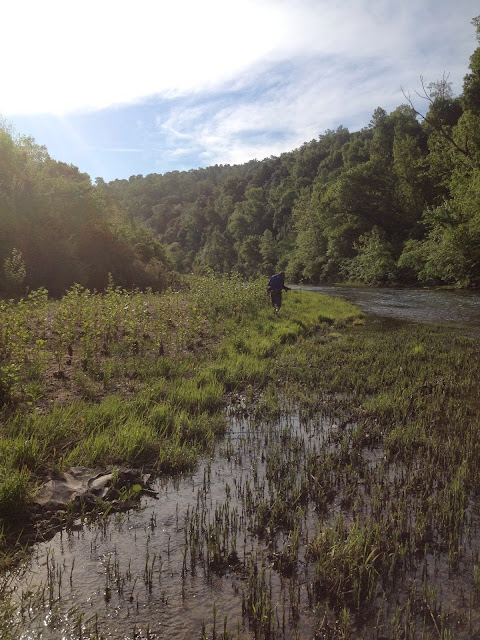 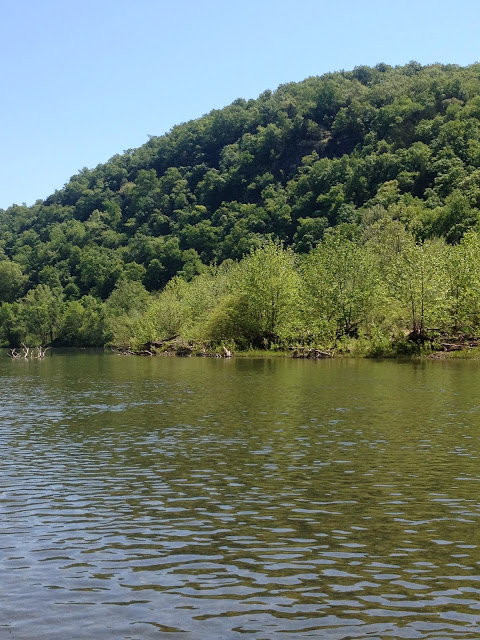 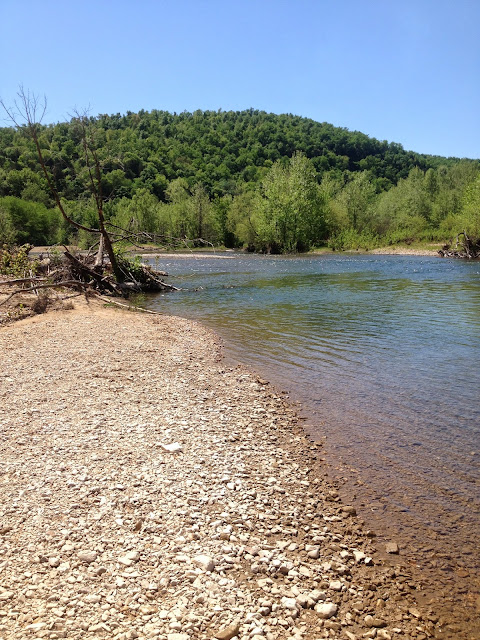 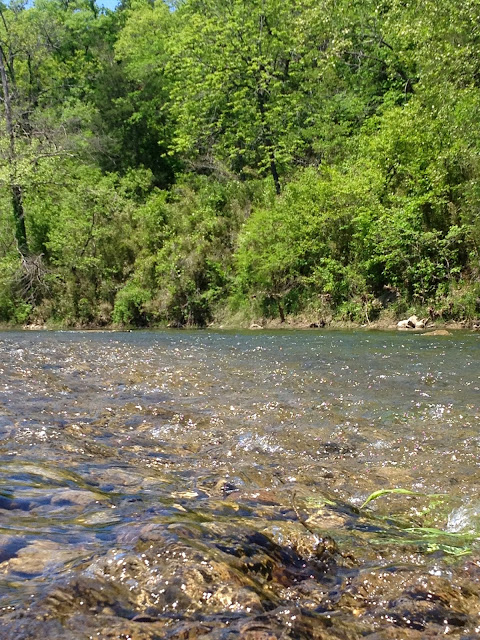 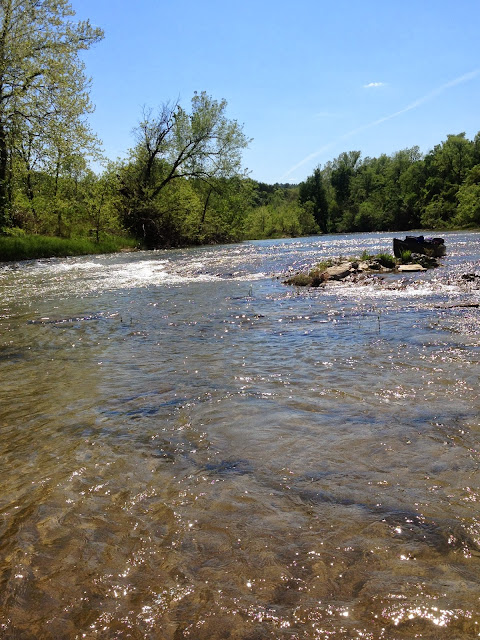 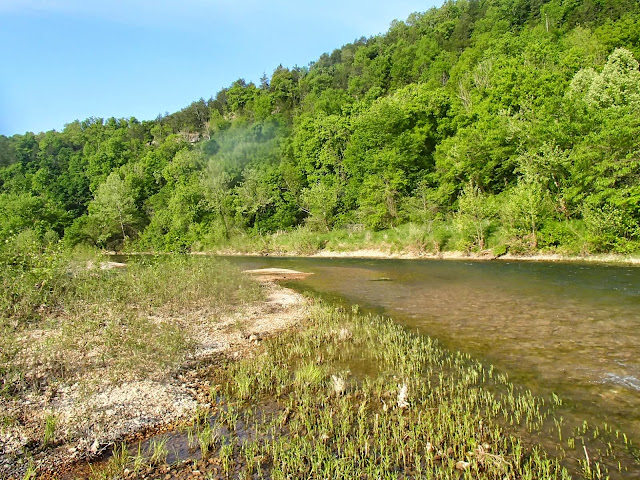